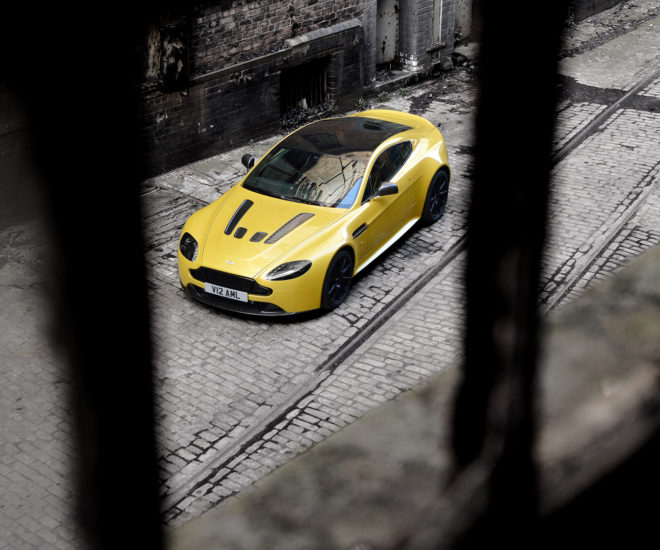 The car, which Aston Martin claims plays second fiddle only to its One-77 hypercar in terms of performance, is capable of hitting 205mph (330kph) and is the first vehicle from the British company to feature its new seven-speed Sportshift transaxle and gearbox, derived from its racing car technology.

Developed for performance in any driving conditions, the V12 Vantage S offers drivers over 500bhp (573PS) of power and plenty of torque across the rev band from idling to red line, so that power and acceleration are always there, no matter at what speed the car is traveling or in which gear. Also helping the Vantage S to deliver when needed is the new gearbox — essentially a hydraulically assisted automated manual transmission — which ensures the smallest possible gap between gear changes and therefore loss of torque.

And while this will no doubt make the car incredible on the track or in straight-line drag races, a paddle-shift gearbox will never replicate the delicacy and control that a manual gearbox and a clutch give the driver. It doesn’t matter how fast a car can go if it can’t be parked at the end of a hard day’s racing. Reverse parking without a clutch pedal is not for the faint-hearted, especially when the car being parked costs over $200,000.

But this is clearly a car focused on speed. Much of the aluminum bright work usually associated with Aston Martins — such as on the air intake grilles — has been replaced withcarbon fiber, while inside, the now familiar dashboard layout has a new addition — selector switches for engaging the car’s active damping system to tailor performance for Normal, Sport, and Track conditions For example, switching to Sport mode opens the exhaust, increases the speed and timing of gear changes, firms the suspension and backs off the sensitivity of the power steering. All of which makes the V12 Vantage S one of the most hardcore road cars the company has ever developed. Aston is yet to confirm pricing, but expect the V12 Vantage S to retail for €175,000 before optional extras when Aston Martin starts taking orders.