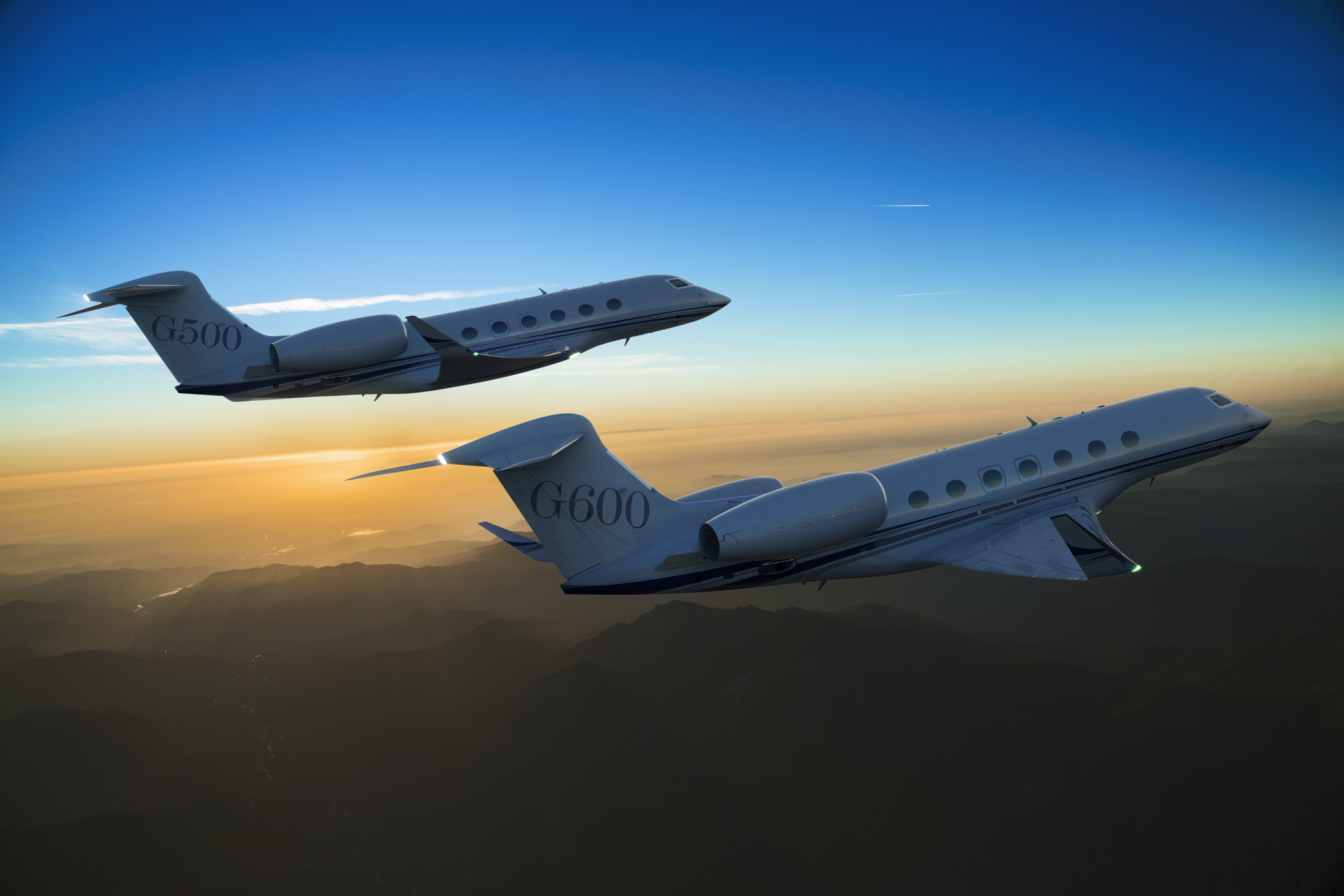 GULFSTREAM Aerospace on Tuesday unveiled two new business jets and announced orders were lining up from Flexjet and Qatar Airways.

The Gulfstream G500 and G600 optimize speed, have spacious cabins and are equipped with advanced flight decks, said the Savannah, Georgia-based company, a wholly owned subsidiary of General Dynamics.

The G500 can fly long distances at high speed, including from New York to Geneva at 685 miles (1102 kilometers) per hour.

Both will be able to carry up to 19 passengers, with multiple living spaces.

The first flight of the G500 is scheduled for 2015. Gulfstream estimated it will receive type certification from the US FederalAviationAdministration and EuropeanAviationSafety Agency in 2017 and begin deliveries in 2018. Flexjet, a provider of fractional aircraft ownership services, is the launch customer for the two jets. Flexjet signed an order Tuesday for up to 50 Gulfstream aircraft, including the existing G450 as well as the new G500 and G650, Gulfstream said.

A separate agreement with Qatar Airways includes the purchase of up to 20 aircraft, with orders for the G500 and G650ER, an extended-range version whose first delivery is expected in 2015.

Gulfstream did not provide details on the number of specific airplanes or the financial terms involved in the Flexjet and Qatar Airways agreements.

Shares in parent General Dynamics, a US aerospace and defense company based in northern Virginia near Washington, rose 0.5 percent to $118.89 in afternoon trade on the New York Stock Exchange.