Japanese distillery Suntory will release a special-edition blended whisky to celebrate the 50th anniversary of the legendary Rolling Stones. 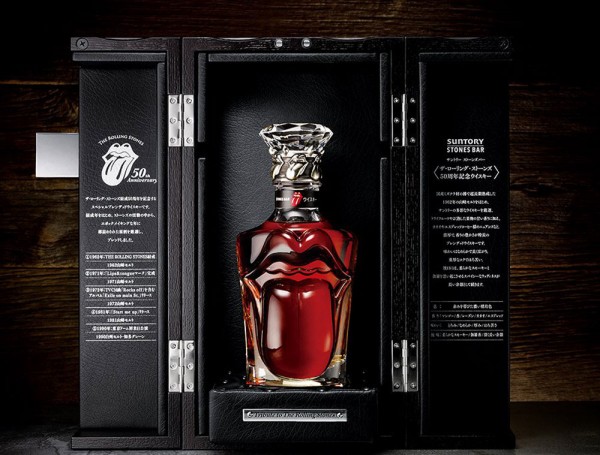 Japanese distillery Suntory will release a special-edition blended whisky to celebrate the 50th anniversary of the legendary Rolling Stones.

The whisky will go on sale on Oct. 30 and will come in a bottle shaped in the band’s familiar tongue and lips design. Only 150 bottles will be offered.

Six whiskys will be blended for the limited edition version, and each ingredient will come from a year of special significance to the Stones.

A 1962 Yamazaki represents the year the band was formed, while a 1971 pays tribute to the introduction of the tongue and lips logo.

A 1972 Yamazaki malt has been chosen as the year that “Exile on Main St.” was released (the album is significant to Suntory because it includes “Rocks Off,” a song used in its commercials).

The other whiskys in the blend will be a Hakushu malt and a Chita grain, both from 1990, when the Stones made their first trip to Japan.