What better way to celebrate the occasion than with lots of limited edition champagne. Also, it is long and attendees will need help to get through. 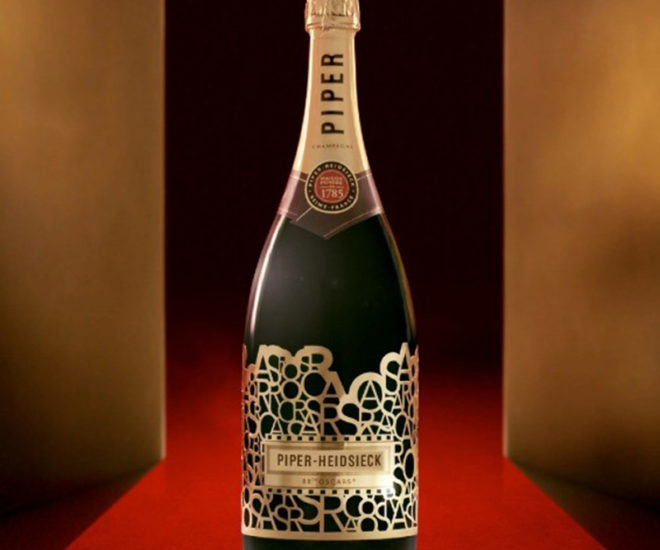 Everyone is waiting in anticipation for the 88th Academy Awards. Will this be the year Leonardo DiCaprio finally clinches the Oscar he so rightly deserves? Who will top the best-dressed list? Will there be a string of no-shows in support of diversity in Hollywood?

We may not have the answers to them till later this month but one thing we know for sure though: Piper-Heidsieck will be producing a very special edition of its Cuvee Brut to be served at the award ceremony. Only 1,000 magnums of the “Red Carpet Edition” will flow during the Oscars on February 28, to calm the nerves of Hollywood and toast in their success.This comes on the heels of Wolfgang Puck’s Oscar after-party menu revelation earlier this month.

“We are thrilled to celebrate a momentous occasion with a momentous bottle, one that reflects the Academy and the House’s shared value of excellence,” says Benoit Collard, Global Executive Director Piper-Heidsieck. “These magnums are as grand and bold as the films and performances we are celebrating this year.”