Which airline has the most attractive cabin crew? 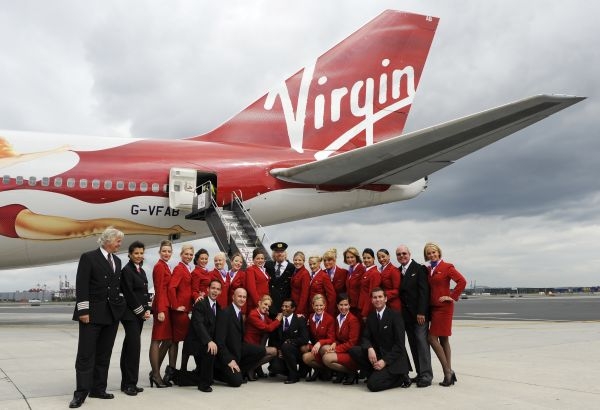 Virgin Atlantic‘s cabin crew have been voted the world’s most attractive in a survey of British business travelers – traditionally the most frequent flyers.

The Virgin Atlantic crew, who traditionally dress in red, beat competition from Singapore Airlines and Etihad in the survey of 1000 business travelers.

The Commercial (below) includes a tongue-in-cheek use of the controversial “body scanners” now in use at airports.

The “Singapore Girls” on board Singapore Airlines flights took 18 percent of the votes and only second place, despite repeatedly being named the best cabin crew in the world and even earning a place in Madame Tussaud’s Wax Museum in the 1990s.

Despite accusations of sexism, the “Singapore Girls” have remained a prominent feature of Singapore Airlines’ marketing campaigns and feature as one of the most iconic visual trademarks in the aviation industry.

The survey was conducted ahead of the Business Travel & Meetings Show, which takes place February 8-9 in London.