The top 10 beaches in the US

Here is the list of the top 10 beaches for 2014 compiled by “Dr. Beach” based on factors that include cleanliness, safety and amenities. 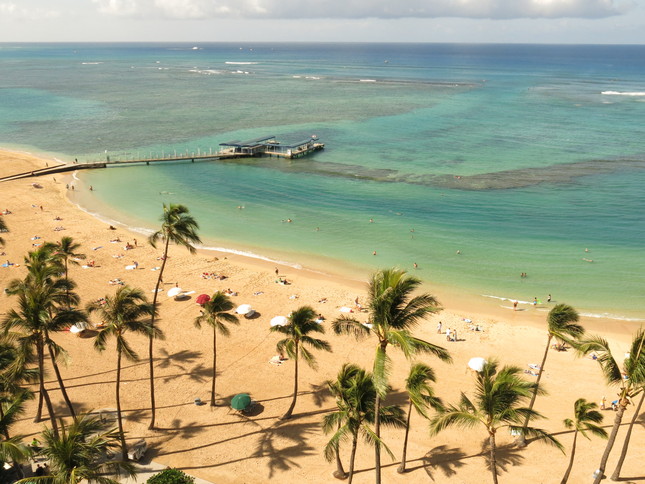 A beach in Hawaii with a clean safety record, far from the madding tourist crowds, has been named America’s best beach for 2014 by a professor who specializes in coastal research and is best known as Dr. Beach.

This year, Stephen Leatherman gave Duke Kahanamoku Beach, located on the west end of Waikiki Beach, the top spot on his annual top 10 list, after looking at everything from water color, sand softness, the number of sunny days, views and noise levels. Protected by an offshore coral reef, Duke Kahanamoku Beach is manmade, created more than a century ago by dredging through the shallow reef and importing sand.

Named after a gold medal Olympic swimmer who is also credited with introducing surfing to the outside world, the strip of beach is described as being family-friendly with calm, scenic swimming areas. To compile his ranking, Dr. Beach evaluates the destinations across 50 criteria, using a sliding scale from 1 to 5 to measure beach quality.

Florida, meanwhile, boasts the largest number of beaches represented on the top 10 list with four destinations, followed by Hawaii (3), the Carolinas and a lone representative of the east coast in Massachusetts. Here are the Top 10 beaches in the US according to Dr. Beach: