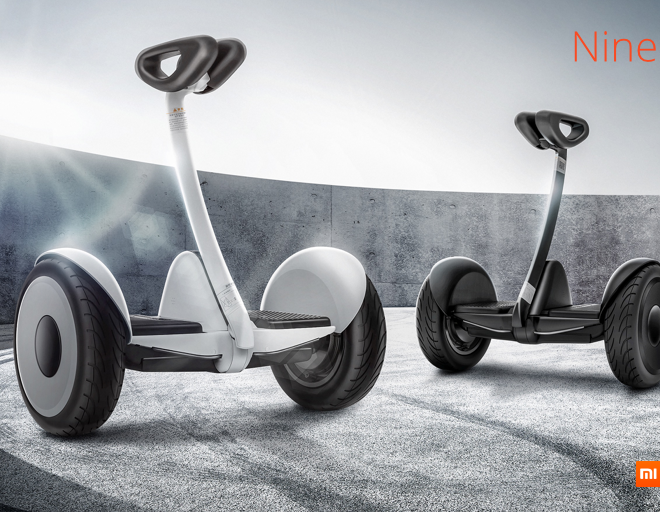 The Ninebot Mini resembles a Segway with its two-wheel design and follows Xiaomi’s investment in Ninebot and Ninebot’s acquisition of Segway.

Built from magnesium alloy that Xiaomi says is aerospace-grade, it can hit speeds of up to 16km/hour and can go 22km on a single change. It is able to handle a 15-degree uphill incline and weighs less than 13kg.

It comes in white and black and is said to be tailored to fans of Xiaomi’s Mi: it can actually be controlled by smartphone.