The residence which Barron Hilton resided for more 50 years is now being sold for an estimated $75 million by the Hilton family. 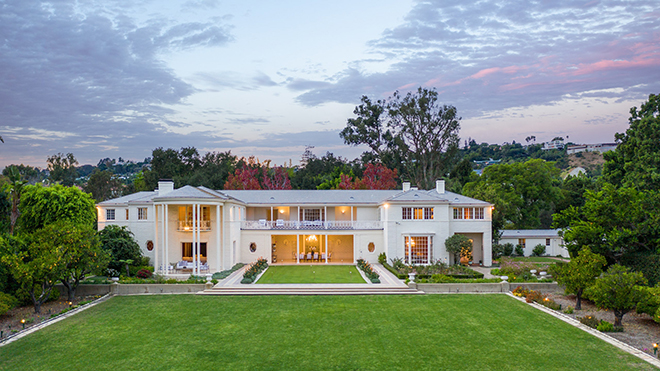 There were many takeaways from groundbreaking Paris Hilton documentary this year. Of the innumerable insights into her family, relationships, childhood, career, and personal thoughts, it was indeed her house that made one of the most interesting headlines. Not at all what many spectators and fans expected from the young millionaire, the palatial residence which resembled a landfill of personal belongings, sentimental items, dozens of used laptops, and a ton of clothing, was apparently the one aspect of Miss Hilton’s life that was not on brand. 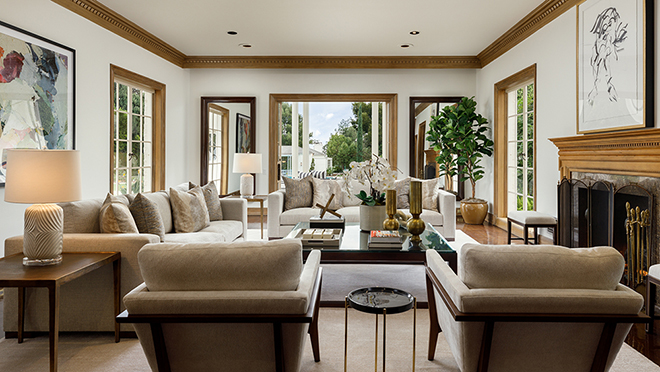 Today, as the memory of those scenes run like freight trains at the back of our minds, we take an intimate peak into the home of the late Barron Hilton. Remembered as a great American business magnate, philanthropist and sportsman, Barron Hilton was the second son and successor of hotelier Conrad Hilton, who served as chairman, president and chief executive officer of Hilton Hotels Corporation and chairman emeritus of the Conrad N. Hilton Foundation. 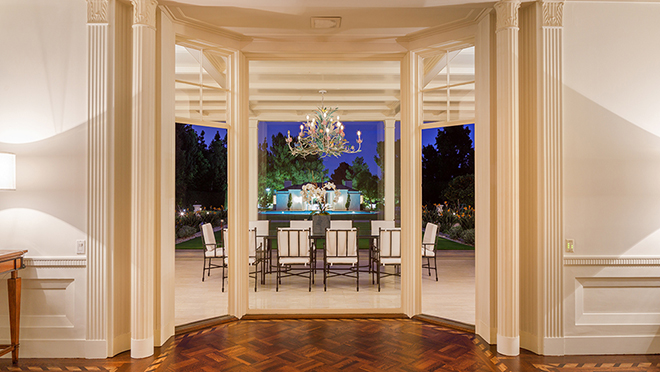 Retreating back to a swanky property in the Holmby Hills neighborhood of Los Angeles, the residence which Barron Hilton resided for more 50 years is now being sold for an estimated $75 million by the Hilton family, handled directly by his son Rick Hilton and his grandson, Barron N. Hilton. Designed in 1936 by Paul Revere Williams, a pioneering Black architect who had a hand in constructing the homes of Hollywood’s most elite including Frank Sinatra, Barbara Stanwyck, Lucille Ball and Tyrone Power, this 15,000-square-foot Georgian Colonial-style mansion was initially helmed by Jay Paley, whose family founded the Columbia Broadcasting System (CBS), up till 1961. 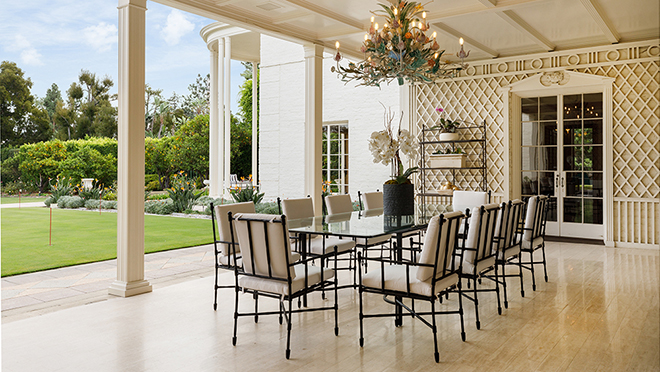 Situated a mere stone’s throw away from Bel-Air and Beverly Hills, this Hilton residence lies within walking distance of Warner Bros. studio chief Jack Warner’s estate, with no major structural changes and most of Paul Williams’ original design features, such as the curved, floor-to-ceiling panelled windows, the metal sliding doors, the sweeping staircase and circular breakfast room, still in place. 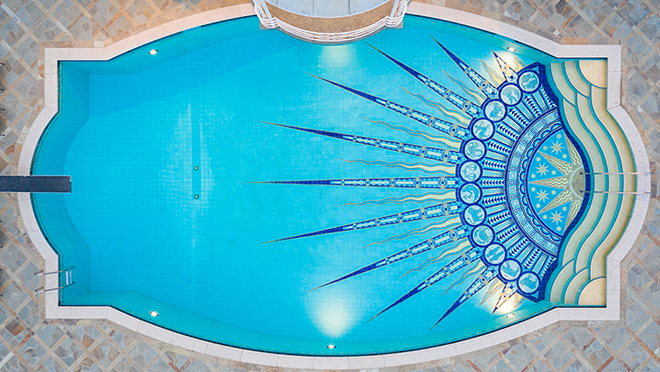 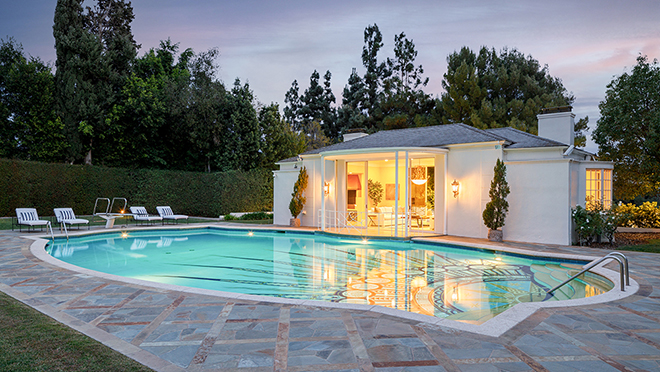 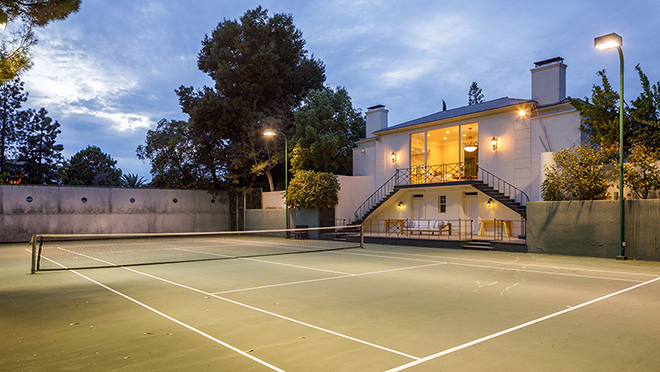 Featuring an Olympic-size swimming pool with all 12 signs of the zodiac in exquisite shades of turquoise, gold and blue, plus thousands of multi-coloured tiles, hand-painted in France, this residence is home to a vast variety of iconic amenities which include the Moderne-style pool house which graced the cover of Architectural Digest in 1933, and the expansive tennis court which gathered as many as 1,000 guests during Barron Hilton’s prime entertaining days. 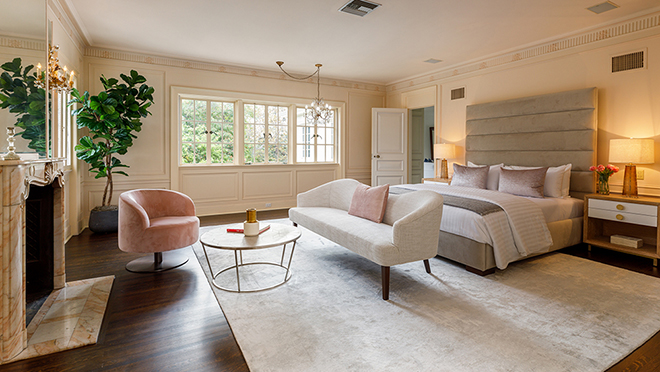 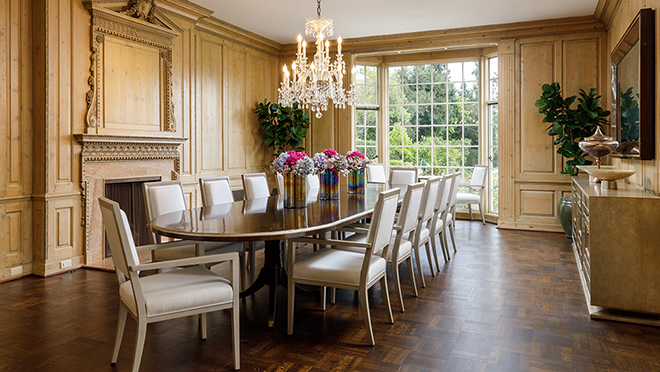 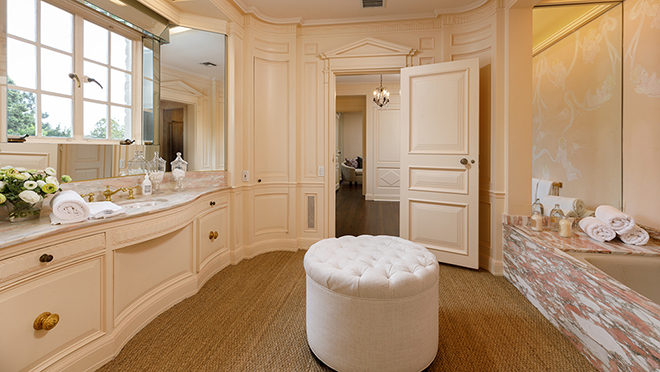 Bordered by an imposing set of wrought-iron gates off Brooklawn Drive, this historic property is accentuated by sweeping staircases, high-ceilinged hallways, a 200-square-foot, dark-wood-panelled study with a hexagonal window, fireplace living rooms, a wood-panelled formal dining room, and a staff-tended commercial kitchen. Boasting a total of 13 bedrooms and 17 bathrooms, including not one but two master suites, each with views of the lawn, putting green, ornamental koi pond and pool, the residence on Holmby Hills is one of the last of Barron Hilton’s assets which have not been pledged to the Hilton family foundation and earmarked for humanitarian work.