What are the real costs of economic damage? Three professors from Northwestern University ran the numbers and the “return to work” asked for by nine Italian design brand CEOs is a recipe for total disaster 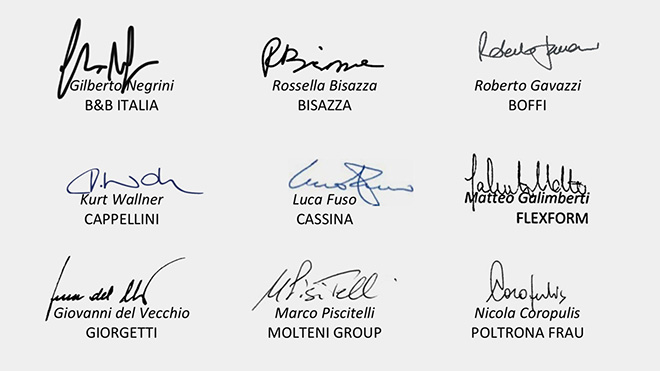 It is Sophie’s Choice in real life: do you pick massive economic suffering in order to save human lives or do you consider the eventual ramifications of financial ruin and decide that some lives are worth sacrificing? This was the literal position adopted by the CEOs of nine leading Italian design brands urging the government via manifesto to allow them to restart production after Easter.

According to the International Monetary Fund, the magnitude and speed of collapse of economic activity that has followed global lockdowns is unlike anything we’ve experienced in our lifetimes. In fact, the IMF has taken to calling it the worst recession since the Great Depression. 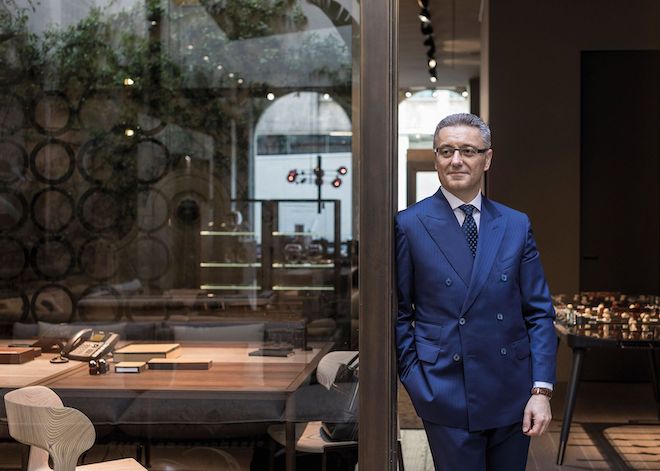 Yet, it is these very drastic and draconian policies that will undoubtedly save lives. The real costs of economic damage can only be imagined with some estimates expected to be in the trillions which have led to many critics including President Trump to consider lifting the lockdowns with the argument that the costs of containing the pandemic could exceed the costs of human lives: it’s an argument that LUXUO too has made before, but that was when the outbreak was at its infancy and the insidiousness of transmission were poorly understood. 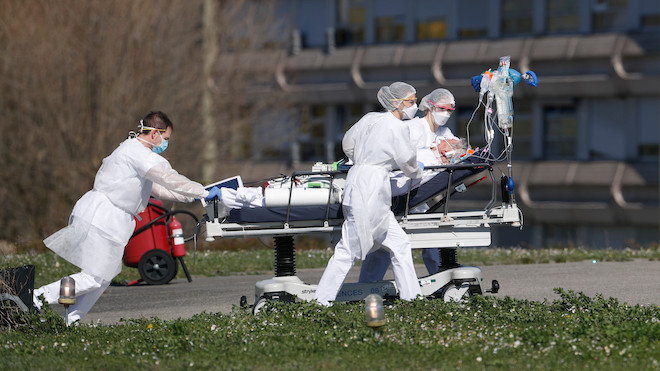 A victim of the Covid-19 virus is evacuated from the Mulhouse civil hospital, eastern France, Monday March 23, 2020. The Grand Est region is now the epicenter of the outbreak in France, which has buried the third most virus victims in Europe, after Italy and Spain. For most people, the new coronavirus causes only mild or moderate symptoms. For some it can cause more severe illness. (AP Photo/Jean-Francois Badias)

Many variables depend on the epidemiology of the virus: when the coronavirus was first identified, we took comfort in the fact that we could easily detect the carriers because the onset symptom of fever could be discerned using existing thermal scanners, but as with prolonged wars, we noticed that the carriers of the deadly disease could be asymptomatic – that is to say, they were unknowing carriers of the virus exhibiting none of the symptoms of the disease. Case in point: Random testing done in Iceland showed that 50 per cent of people who tested positive had no symptoms. And now, we are rapidly learning that in some of the victims who have recovered, covid-19 remains dormant and can be re-activated, reinfecting both the host and others, further complicating potential containment measures. 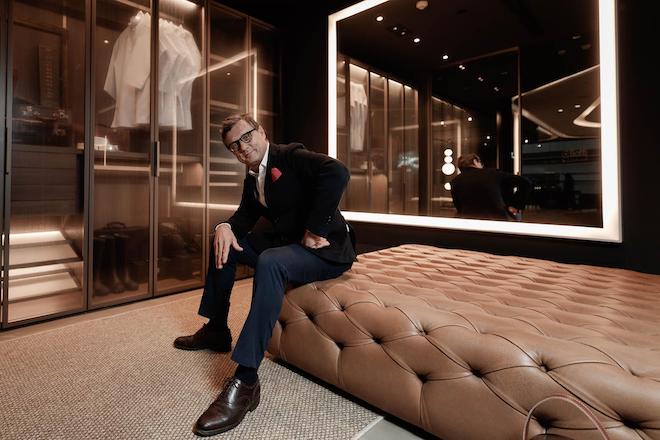 In an 8 April manifesto signed by luxury furniture brands B&B Italia, Cappellini, Cassina, Flexform, Giorgetti, Molteni Group and Poltrona Frau, plus mosaic company Bisazza, and kitchen and bathroom maker Boffi, it was argued that if lockdown restrictions were not lifted on 14 April, an “industrial and economic catastrophe that would destroy thousands of businesses, meaning hundreds of thousands of jobs lost.”

While it would be easy to dismiss their concerns with hyperbole, the furniture and design sector constitutes one of the 3 strategic sectors of Italian production. With some 20,000 companies and 130,000 employees, it generates $23 billion in turnover, over 60% of that output for export. Factoring in the ‘Legno-Arredo’ wood and furniture industry, this includes an additional 75,000 companies with 315,000 employees and a turnover of 43 billion. 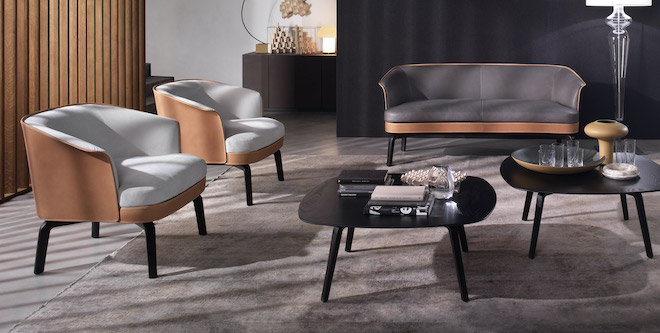 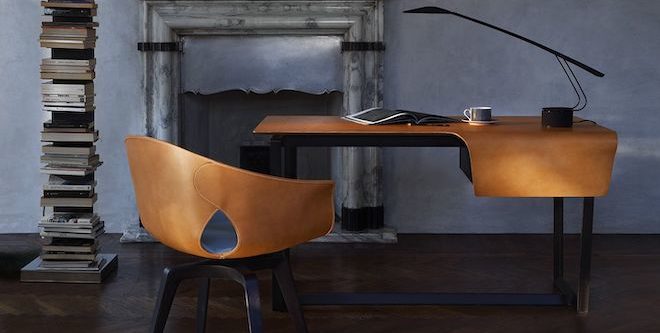 It does not include primary activity like wood cutting and harvesting

The manifesto warns that extending the lockdown could damage competitiveness against countries that have introduced less stringent measures, citing Germany and some nordic states which continue to operate in some limited capacity rather than closed. However, the data coming in suggests that the coronavirus containment strategies pursued by countries like Sweden could backfire.

According to Vox, the Scandinavian nation has allowed large gatherings, schools for younger children to remain open, businesses to operate, and resorts to welcome thrill-seeking skiers. Although some restrictions were in place and many people observed general safety and social distancing measures, in stark opposition to neighbouring Denmark and Norway, which quickly closed their borders along with schools and industry to maximise social distancing. 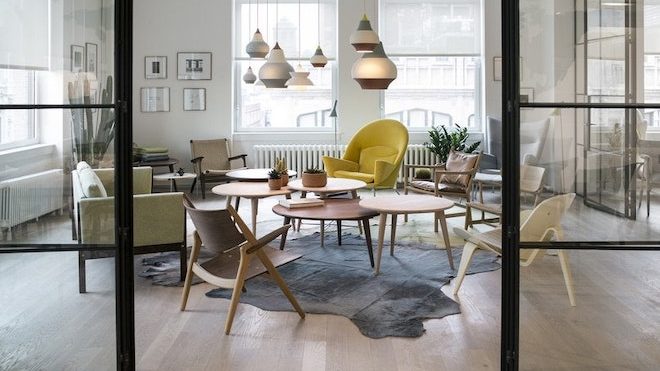 Italians are in fierce competition with Scandinavian and Swedish furniture designers 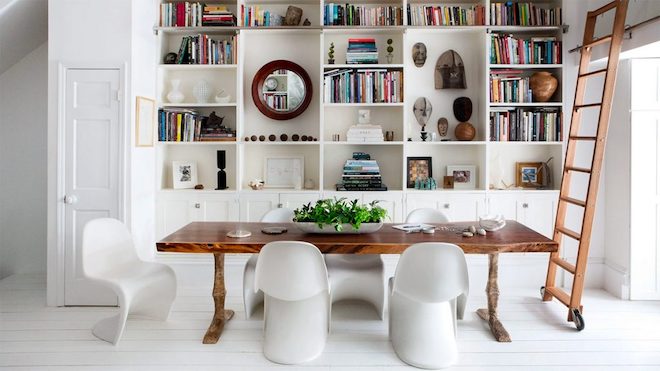 Italians are in fierce competition with Scandinavian and Swedish furniture designers

Swedish chief state epidemiologist Anders Tegnell, told reporters that, “Locking people up at home won’t work in the longer term. Sooner or later people are going to go out anyway.” But the statistics are staggering as Carl Bildt, Co-Chair European Council on Foreign Relations shows in a single tweet:

There are sharp differences in COVD19 strategists between the Nordic countries. And also a distinct difference in results as measured in deaths. pic.twitter.com/Egw51K02Xk

As it stands, Italy has suffered more coronavirus deaths than any other country, but B&B Italia CEO Gilberto Negrini; Bisazza communications director Rossella Bisazza, Boffi CEO Roberto Gavazzi; Cappellini CEO Kurt Wallner; Cassina managing director Luca Fuso; Flexform CEO Matteo Galimberti; Giorgetti CEO Giovanni del Vecchio; Molteni Group general manager Marco Piscitelli; and Plotrona Frau general manager Nicola Coropulis are arguing,  that “many companies in the sector, this would mean that they would no longer be able to open again. We could lose 20-30 per cent of our industrial heritage and witness serious damage to the industry. All of this would inevitably result in the loss of tens of thousands of jobs. It could take 20-30 years to recover what we would lose in a few weeks,” feels more than a little tone death.

Coronavirus pandemic: What happens when you prioritise economy over lives

That said, in writing for Northwestern’s Kellogg School of Business, Professor of Economics Martin Eichenbaum, Professor of Finance Sergio Rebelo and Professor of Macroeconomics Mathias Trabandt, uncovered that the death toll from failing to contain the virus will be far more costly to society. Based on accepted estimates of the cost of a lost life, the increased human toll stemming from premature re-opening of industry and economy as President Trump and these CEOs are suggesting will more than cancel out the expected economic benefits. 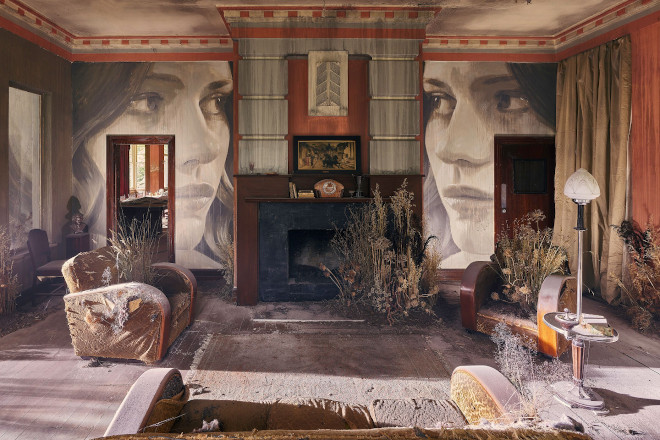 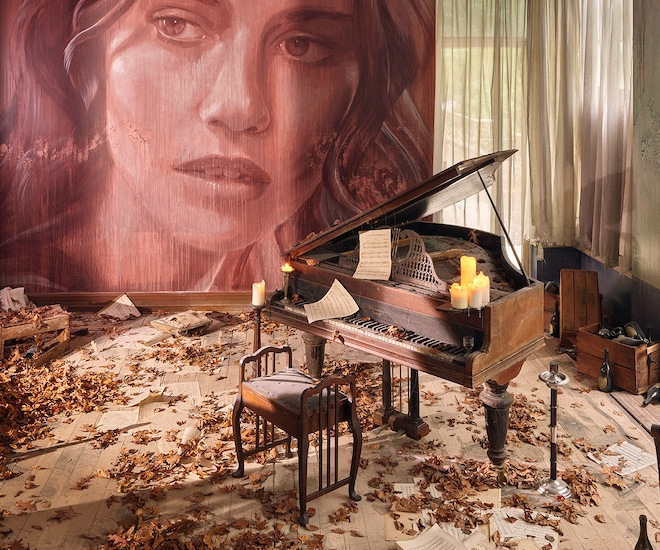 They ague that current projections and mathematical models also do not account for changes in general behavioural responses to the coronavirus outbreak. ”People say, ‘Well, I don’t want to be infected, therefore I’m going to shop less, and I’m going to work less,’” explains Rebelo. Running models simulating conditions where governments a laissez-faire policy and allowed people to decide for themselves how much to risk exposure by shopping and working, the numbers beginning positively: a relatively small recession, with aggregate consumption falling slightly in the peak infection months.

“My great-grandmother had 11 kids but only three reached adulthood. The other eight died in 1918 from the Spanish flu.” – Professor of Finance Sergio Rebelo on the potential costs to human lives and the value of robust containment policies

But the consequences are stark: assuming no vaccine is found in the short to medium term, the model suggests that hundreds of millions of Americans would become infected, and several million would die. The researchers peg the economic cost of a lost life at $9.3 million, the standard number used by the federal government in such calculations, derived from decades of economic studies that look at how much additional compensation people expect for doing potentially life-threatening jobs. Based on this figure, the total costs of doing nothing reach the tens of trillions of dollars. 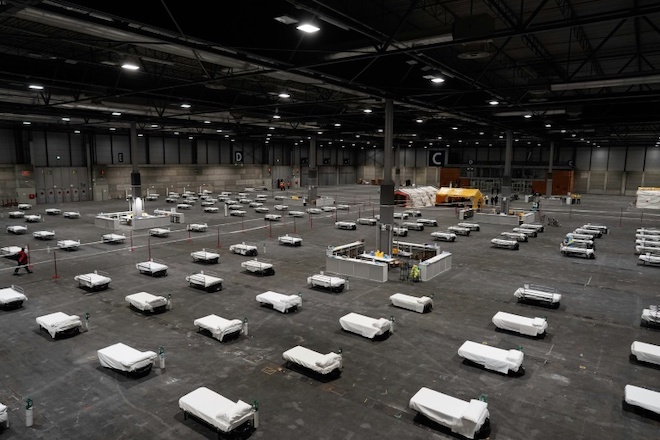 Madrid authorities convert Olympic-sized ice rink into a temporary morgue, near a conference centre kitted out with hundreds of hospital beds. This is the grim reality

That said, their projection also makes another critical assumption: that the hospital system will continue operating nominally and able to treat the infected hence keeping the mortality rate steady; accounting for the hospitals at over-capacity already: as in the case of Italy, China, and now growing in the US – too many are not be able to get the treatment they need, leading significant rises in mortality rates.

For now, keeping the population indoors is a blunt tool for containment but the consequences for failure of containment are financially worse – the old model of economics requires unending consumption but if your consumers and your labour force is decimated, no one is going to be consuming anyway. The world Italian design brand CEOs are hoping for no longer exists.