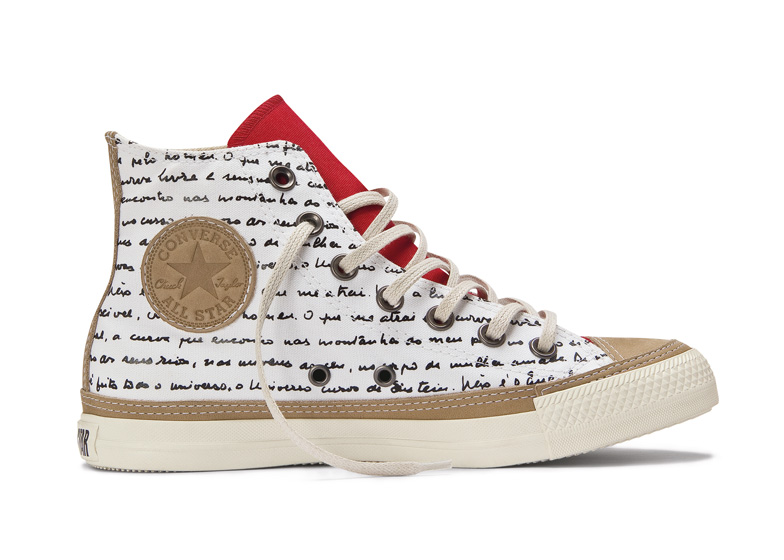 The 104-year-old modernist architect, whose iconic buildings include the Cathedral of Brasilia, reworked five classic styles for Converse, which also reached its 104th birthday this year. The trainers, which have a subdued palette of cream and white with dashes of red, are said to be inspired by Niemeyer’s famous quote about curves:

“It is not the right angle that attracts me, nor the straight line, hard and inflexible, created by man. What attracts me is the free and sensual curve – the curve that I find in the mountains of my country, in the sinuous course of its rivers, in the body of the beloved woman.” The Converse x Oscar Niemeyer collection launched at exclusive retailers across Brazil on October 23rd, with prices ranging from $85-$135.