Fashion designer Paul Smith has turned his stylish hand to interiors, teaming up with the quintessentially British lighting brand Anglepoise. 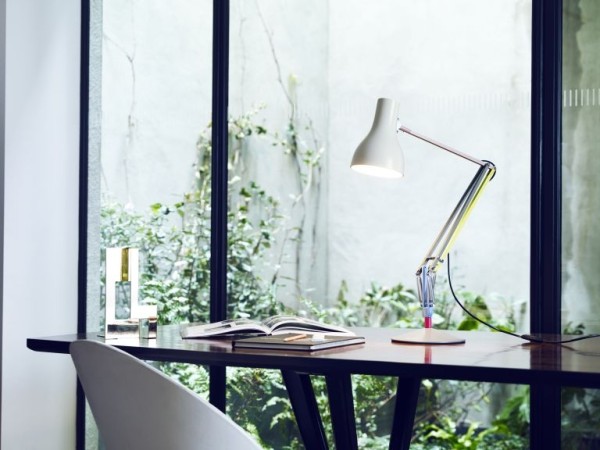 After much anticipation, the special edition “Anglepoise + Paul Smith” lamp, a striking interpretation of the label’s classic Type75 table light, was finally revealed this week at Clerkenwell Design Week in London.

The modernist design has been given a colorful makeover by Smith, with a playful color-by-component approach emphasizing its clean, mechanical lines. The designer has contrasted deep grey-olive tones against sharp accents of fuchsia and lime, adding cornflower and clay for a contemporary effect.

“Anglepoise is such an iconic piece of British design, I am honored to have been involved,” said Paul Smith.

The Type75 was originally created for Anglepoise by leading British industrial product designer Sir Kenneth Grange, who gave the collaboration his seal of approval. “Anglepoise, never out of fashion and a product that will last and last, and Paul Smith, a special slant on design with invention, humor and some charming eccentricity,” summarized Sir Kenneth Grange.

Fashion and design fans will have to wait until mid-August to get their hands on one of the lamps, but they are currently on display at Clerkenwell Design Week. The recommended retail price will be £149 / €200.