Drawing in crowds of eager collectors wherever his work appears, Banksy’s parodied painting dubbed ‘Show Me the Monet’ has reportedly fetched over $10 million at Sotheby’s London. 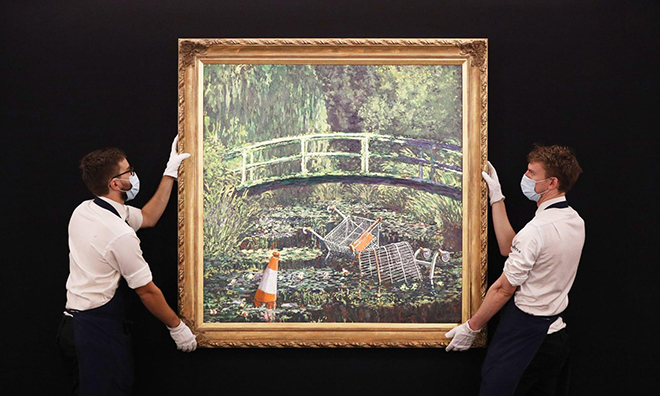 Despite being knee-deep in controversy, Banksy’s trademark dispute which resulted in an unfavorable verdict by a panel of three European Union Intellectual Property Office judges, has not dampened this artist’s spirit nor business. In fact, his recent take on a famous impressionist painting by Claude Monet that has reportedly garnered over $10 million at Sotheby’s London. 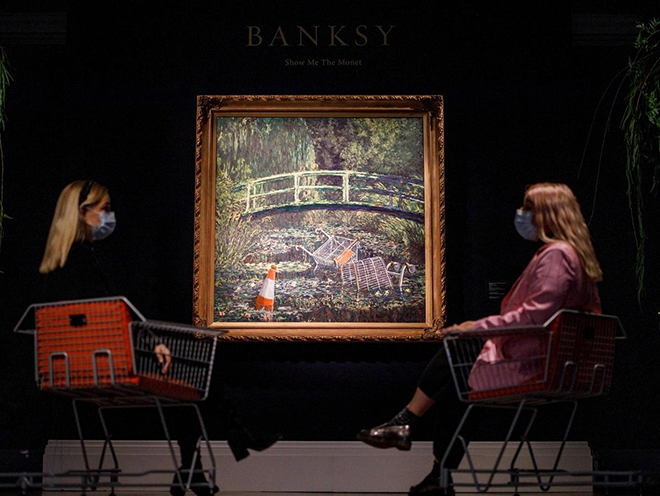 The painting dubbed ‘Show Me the Monet’, serves as Banky’s commentary on 21st century environmental issues including pollution. Drawing in crowds of eager collectors wherever his work appears, this parodied painting was swiftly snatched up by an unidentified bidder. Showcasing an array of abandoned shopping carts and an orange traffic cone, sinking to the bottom of Monet’s Japanese-style footbridge and water lily lake, the artist has described his work as a reflection of reality and “life as it is now”, noting how, “The real damage done to our environment is not done by graffiti writers and drunken teenagers, but by big business… exactly the people who put gold-framed pictures of landscapes on their walls and try to tell the rest of us how to behave.” 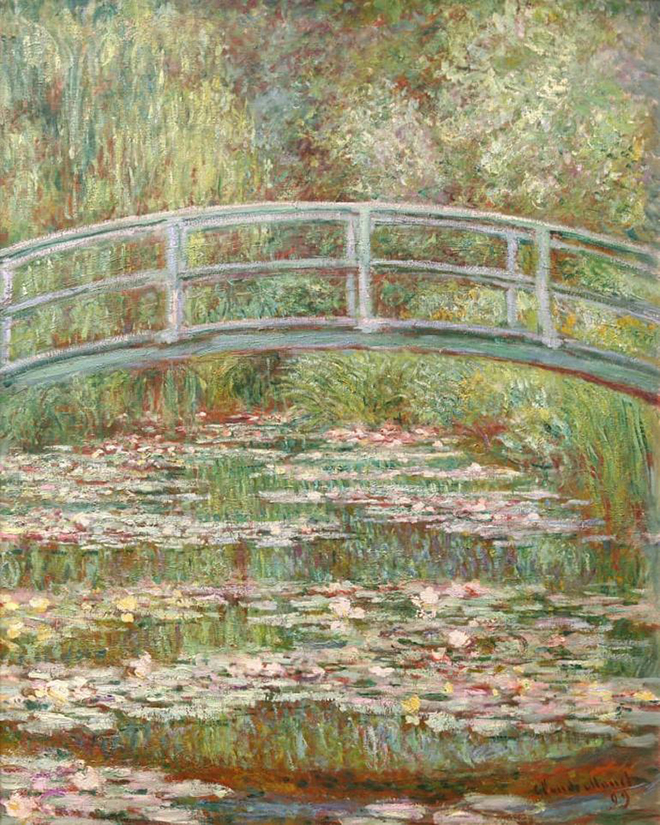 Sold alongside an exhibition of other reimagined and re-mixed masterpieces, ‘Show Me the Monet’, specifically reaped prices almost double its pre-sale estimate, proving once again that Banksy’s work are of value and highly coveted in the arts scene. Close, but not yet the most expensive work Banksy’s ever sold, art enthusiasts everywhere patiently await a sale as great as the Devolved Parliament which fetched $12.9 million last year.