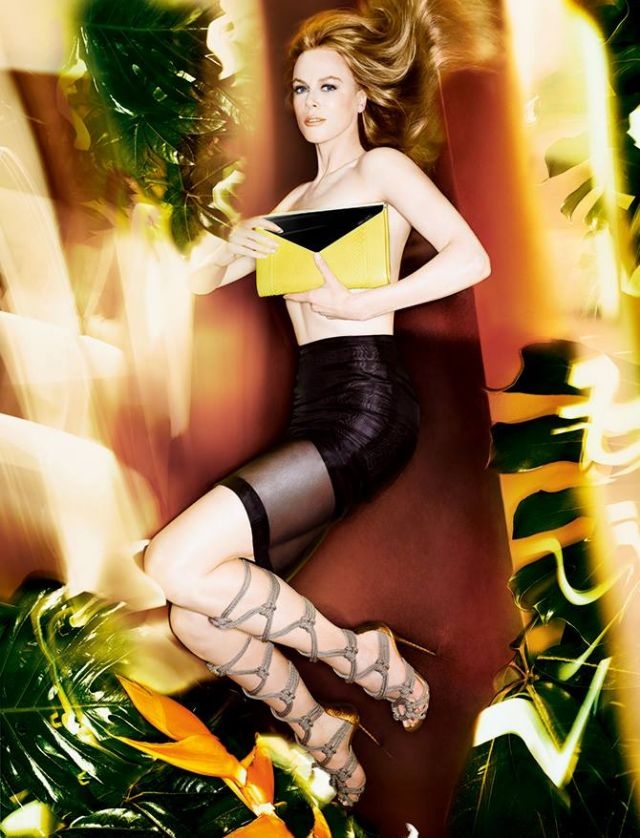 “I really enjoyed working with Sølve,” said Nicole, “he is very creative but he is decisive and methodical in his direction. It was fun to shoot new and surprising perspectives, it felt a little bit daring, dangerous. I loved the minimal styling and how the shoes and bags became like a sensual second skin to me”. The brand also released a fun campaign film showing some of the behind-the-scenes actions.