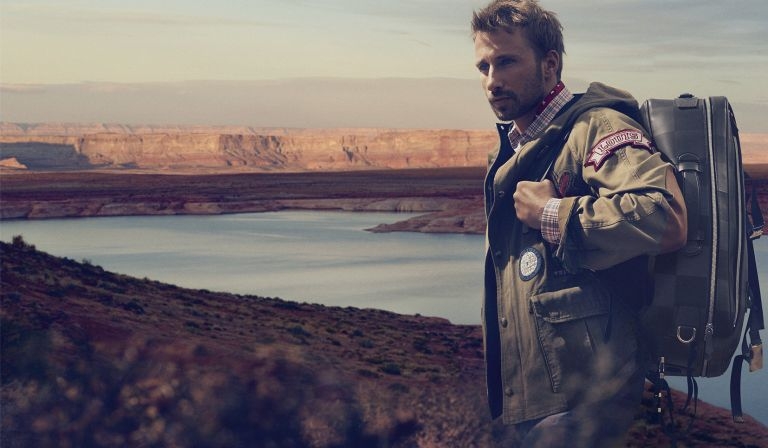 Louis Vuitton has released the first images of its Spring-Summer 2014 campaign featuring Belgian actor Matthias Schoenaerts, known primarily for his roles in “Bullhead” and “Rust and Bone.” The Belgian actor, though clearly a heartthrob, has the kind of rugged good looks that are not typically associated with high-end luxury brands. So it’s no surprise that Louis Vuitton set the internet abuzz with its announcement that Matthias Schoenaerts has become its latest brand ambassador.

For its Spring-Summer 2014 campaign, the brand asked its “gentleman traveler” to pose in the great outdoors of the American Southwest, specifically in Page, Arizona at the edge of the Glen Canyon Dam. Shot by photographer Mikael Jansson, the images show the actor in a stunning desert landscape, equipped with the Sirius and Cabas East/West bags from the Spring-Summer 2014 collection designed by Kim Jones. The entire campaign will be seen in magazines worldwide from this February.