Australian actress Nicole Kidman has been tapped as the new face and global ambassador for Abu Dhabi-based Etihad Airways. 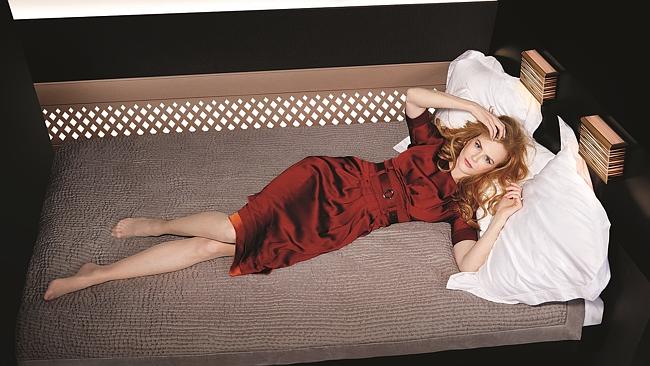 Australian actress Nicole Kidman has been tapped as the new face and global ambassador for Abu Dhabi-based Etihad Airways.

Kidman will appear on TV and computer screens around the world, fronting the luxury carrier in their new ‘Flying Reimagined’ brand campaign shot aboard the airline’s flagship Airbus A380, home of their three-room apartment called ‘The Residence.’

Described as a game changer in the luxury airline industry, the private, onboard suite comes with an en-suite shower, double bed and Savoy-trained personal butler and is the first of its kind in commercial aviation.

MEET THE FIRST GUEST OF ETIHAD’S THE RESIDENCE

Shot in Abu Dhabi, Marseille and Prague, the video shows Kidman leafing through a book at the Strahov library; sipping on champagne; relaxing in the living room; and falling backwards onto the double bed, her strawberry locks landing in perfect disarray on the pillow.

The concept was conceived by M&C Saatchi Australia.

The Airbus A380 operates flights between Abu Dhabi and London, and Etihad will launch their Abu Dhabi – New York route December 1.