With a starting bid of $8 to $12 million, this Rodin classic will be very dear indeed. 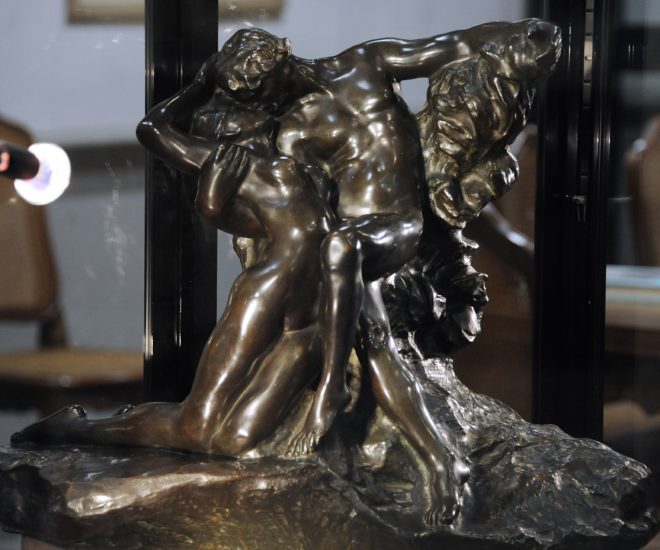 Created by the French artist in 1884, the “L’Eternal Printemps” (French for “Eternal Springtime”) will appear at auction for the first time May 9 at Sotheby’s in New York with an estimated opening bid of $8 to $12 million.

Carved from single block of marble, this graceful two-figure work was modeled during Ronin’s intense period of activity for The Gates of Hell, evoking the inappropriate euphoria of two young lovers despite the tragedy being played out on The Gates. Its appearance in May will be the first time in two decades that a Rodin marble sculpture will appear on the market. It is thought to be one of 10 such sculptures, all on the same subject.

In February 2016, Rodin’s cast of “Iris, Messagère des dieux” broke auction records when it sold for $16.7 million at Sotheby’s in London.