A 1979 Porsche 935 racing car driven by the movie icon and race team owner at Le Mans is going under the hammer August 20. 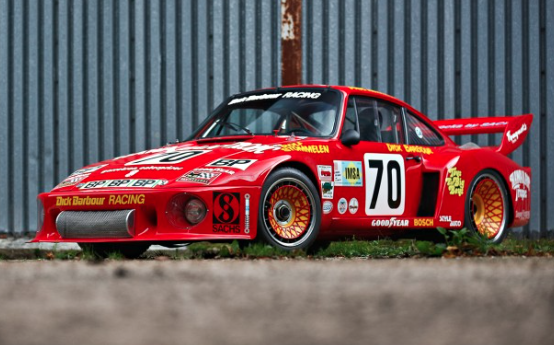 A 1979 Porsche 935 racing car driven by movie icon and race team owner Paul Newman at the 24 Hours of Le Mans is going under the hammer on August 20.

The car, which Newman raced for the Dick Barbour team, is one of the best race cars that Porsche has ever created, regardless of the movie-star connection.

The 935, which is being auctioned by Gooding & Company as part of its Pebble Beach sale (one of the highlights of Monterey Motoring week), also won the 1981 24 Hours of Daytona and the 1983 12 Hours of Sebring, though without Newman behind the wheel.

Restored to concourse condition in 2006 by Porsche specialist Paul Wilson, this 935 won best in class at the 2007 Amelia Island Concours d’Elegance; what’s more it has a further claim to fame. In 1980 the car was sponsored by Apple for the making it the first, and to this day, only racecar the company has ever sponsored.