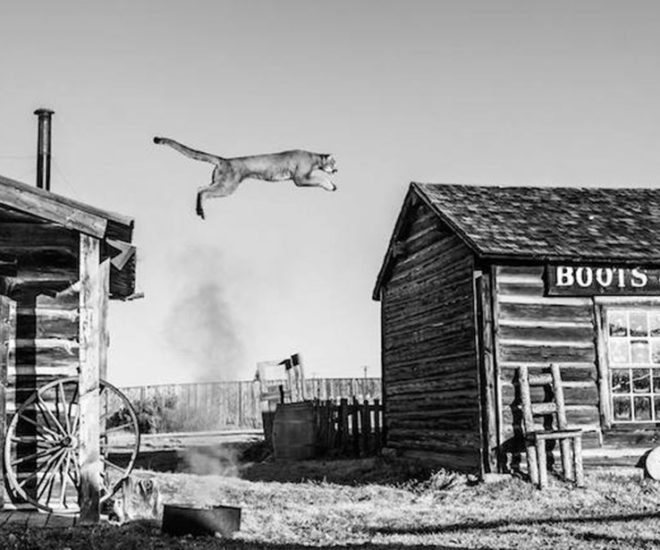 London-based photographer David Yarrow captures wild animals in unexpected ways. In his surreal back-and-white series, he features lions, tigers, wolves and others showing queer expressions in strange positions. He features many animals roaming casually in the man-made human world- as if it were their own natural environment. Situating these animals in these new settings, they seem to adopt humanistic qualities that seem to stand as metaphors for the wild world we live in. In some photographs, Yarrow leaves the animals in their natural habitats but focuses more on the expression and idiosyncrasies of each animal.

On executing the shooting of animals in the public spaces, such as a bar and in the train, Yarrow comments:  “Employing captive animals leaves no for the banal – the situation is somewhat scripted and therefore average will not do. The preparation and logistics involved in securing location access and then working with the wolves was formidable.” While planning is key, he laments, “A wolf is a wolf and they do not tend to comply.”

See more of his photographs on David Yarrow’s Website here.