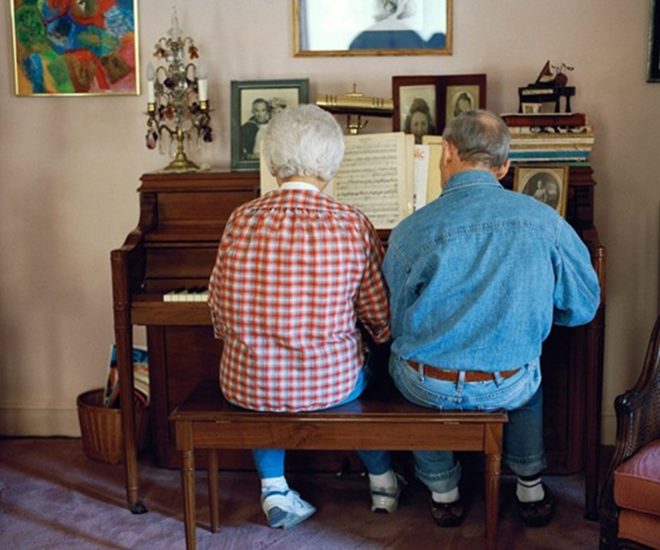 England-based photographer Lauren Fleishman investigates what true love really is in her recent series featuring couples that have been married for at least fifty years. Her series, titled “The Lovers”, is an inspirational and romantic collection of stories that show elderly couples who are still in love. Fleishman initially intended to photograph fifty couples, but she ended up collecting love stories of almost 100 elderly couples instead. The photographs, showing the elderly couples kissing and cuddling, exemplifies true love that has stood the test of time.

Fleishman explains on her website, “This project was inspired by a series of love letters written by my grandfather to my grandmother during World War II that I found in a book next to his bed. The letters spoke of a young love, the type filled with expectations of a new life together. They connected me to my grandfather and his 59-year marriage in a way that I had not been able to connect to him in life. The letters inspired me to seek out and record the love stories of other long-married couples”.

See more of her series on her website here.