Artnet News surveys the highest auctions by female artists out there. 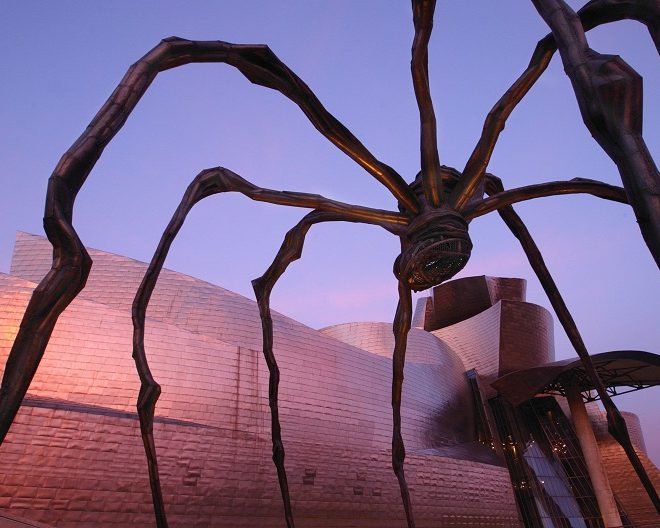 When dealing with the notion of blue chip art, the names most people rattle off the top of their heads are those of Picasso, Warhol, Koons, and Hirst. While that indicates a certain inequality in things, at least compared with other creative areas (the name J.K. Rowling immediately comes to mind when you think richest author) – we’re sure that things are bound to get better someday. In terms of contemporary art, we already see improvements, as illustrated in this list.

Nevertheless, there are still plenty of institutional problems. The only thing we can do is to try and float those amazing works we find to the top while waiting for the stiff (ahem) mechanisms to loosen. In fact, Artnet News recently put together a survey of the most expensive female artists at auction, ranging from a variety of styles like Surrealism to Abstract Expressionism to Pop Art. So, without further ado, these are the top 10 women artists in the market to look out for:

Well-known for her lush and overwhelmingly Freudian pictures of flowers, O’Keeffe stands far ahead of the rest with the $44 million auction of her “Jimson Weed/White Flower No. 1” at Sotheby’s in 2014. It was purchased by the Crystal Bridges Museum in Arkansas, and is a lovely display of greens and whites collaborating together in a singular depiction of a blossom of Jimson Weed. Her technique has some commonality with past figures, such as the flower paintings of Emil Nolde, and, of course, Van Gogh, but her embrace of clear depictions and controlled strokes makes her stand out as something completely different.

Differing in most part from O’Keeffe, Bourgeois is stark in channeling her psychic pain into her creations. Her sculptures and installations are nightmarish in their explication of the darker sides of sexuality – pulpy forms, bloody paints, eschewed figures, and insect motifs. All this culminates into her 1996 bronze “Spider” sculpture, which was sold by Christie’s in autumn 2015 for $28.2 million. The massive arachnid towers with its crooked legs and also features a sac of eggs, acting as a twisted ode to maternity, and in Bourgeois’s own words, an ode to her own mother specifically. Its seminal importance (as well as the rest of her works) to feminist art gives it its stature -also it is really big.

Mitchell was previously in second place, but drops by one this year due to the sale of “Spider”. Still, her work “Untitled (1960)” sold for just under $12 million at Christie’s. Her abstract expressionism is well-known for its ferocity of color and her subtle implications of landscapes and forms even amidst the chaos.

Turning away from Modern and Contemporary art for a moment, 19th century Impressionist Berthe Morisot stands at number four. Her work “Après le déjeuner” sold for nearly $11 million in 2013. It remains one of the finest works of the movement, displaying a red-haired woman in a room while a view of vibrant greenery comes through from the window. The outstanding color is a cool blue that brings a calmness to the whole scenario, while the strokes create a delicate atmosphere.

As a member of the Russian avant-garde, Goncharova’s work is tailored by the revolutionary themes of the period, like the angularity and geometry of Futurist art and depiction of social classes. She stands fifth on this list with the 2008 sale of “Les Fleurs” at Christie’s for a little under $11 million. This simple still life of flowers is transformed into an explosion of fierce aggressive orange, yellow, and red hues mixed with jagged shapes. The rest of her output applies such stylistic vivacity to all her subjects, from social depictions to mythological ones.

An abstract expressionist but different from Joan Mitchell in her adherence to minimalism, Martin’s “Orange Grove” was sold at Christie’s for $10.7 million this year. While looking almost like a blank piece of paper from a distance, a closer inspection will reveal a grid of pale orange lines. Playing with such empty spaces comes from her interest in Eastern philosophy and Zen silences.

Noland is notoriously reclusive, but well-known for her postmodern/Pop-Art installations that make use of various materials and found objects. She’s fallen into various controversies with dealers for ‘disavowing’ her work, and she’s been sued by them, but that doesn’t seem to have damaged her stature. Her “Bluewald” sold for $9.7 million in 2015 at Christie’s, surpassing a previous sale drawing $6.5 million in 2011. The work is a screenprint of Kennedy assassin Lee Harvey Oswald with various ‘bullet-holes’ in his form, and an American flag at his mouth as a ‘gag’ – creating a shocking political commentary that can be read in many ways.

This sculptor both worked for and was in a relationship with Auguste Rodin, and so she displays an equal knack for capturing the sensuality of the form.  Her “La valse, première version” fetched $8 million at Sotheby’s in 2013, and features two figures enveloped in passionate dance, with one of them draped in flowing bronze-forged cloth.

Finally we come to the surrealistic Frida Kahlo at number 10, for the sale of her “Dos Desnudos en el Bosque (La Tierra Misma)” this year. Her inclusion, as well as Martin’s, knocks the widely favored Yayoi Kusama off the list, who was ninth last year. She’s well known for mixing up primitive and natural motifs like animals and plants with as flagrant an approach to sexuality, brutal imagery, and femininity as Louise Bourgeois. The work mixes together a Dali-esque barren desert landscape, with a depiction of a wild jungle, and two nude women, one dark-skinned and the other light-skinned. The imagery is esoteric but implies a stew of various meanings, from commentary on race, to religious implications.