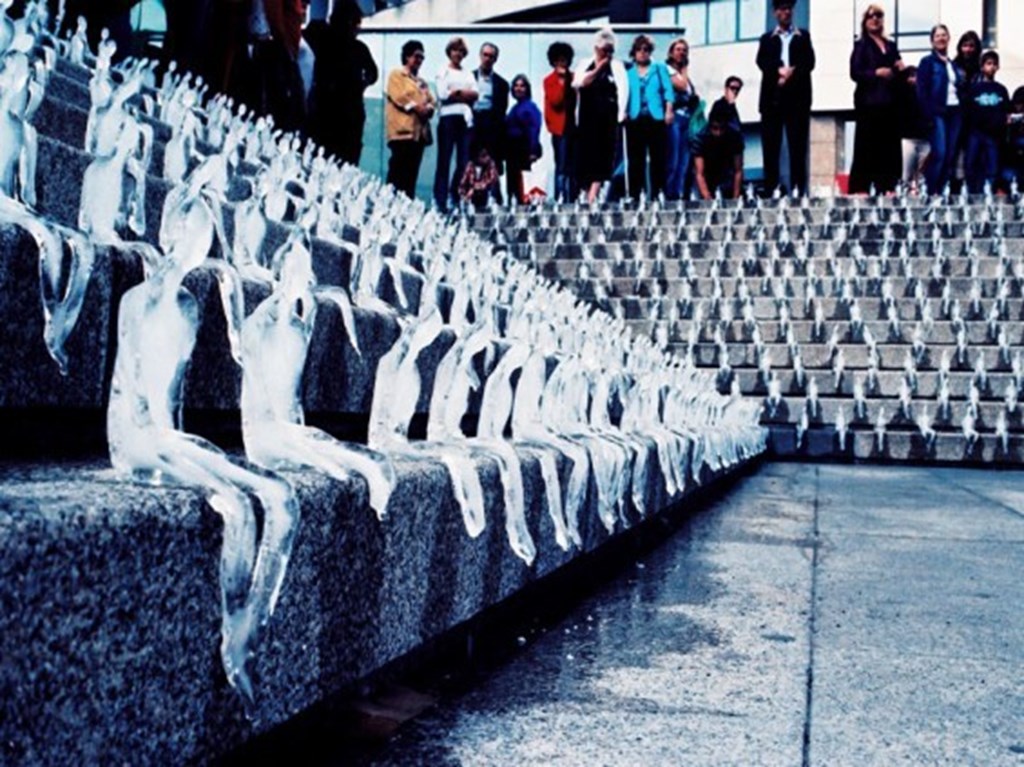 In 2009, Brazilian Artist Nele Azevedo created a public art installation that involved 1000 ice sculptures of men and women figures. Her work, titled The Minimum Monument (Melting Men), was created to address the larger issues of global warning, climate change and species depletion. The sculptures are placed in the outdoor space throughout the day and slowly melt until they disappear. The ice figures are thin and fragile-looking but Azevedo imbues each sculpture with life by playing close attention to their body positions and head angles. This somehow gives each sculpture figure a character, making them appear as if they are conversing with each other or people watching in the sun. It is quite sad, and subtly morbid, to see these figures deplete and disappear in the heat, hence signifying the detrimental and hard truths about global warming.

The installation was originally placed in Berlins Gendarmenmarkt Square and then later installed in Ireland as part of the Festival of Queens. When installed in Ireland, Azevedo adapted the installation to visually remind people of the melting ice caps in Greenland and Antarctica. Since it’s conception in 2009, the artwork has traveled to many cities around the world to remind us of this pressing global phenomenon and its slow but harmful effects on our human population.