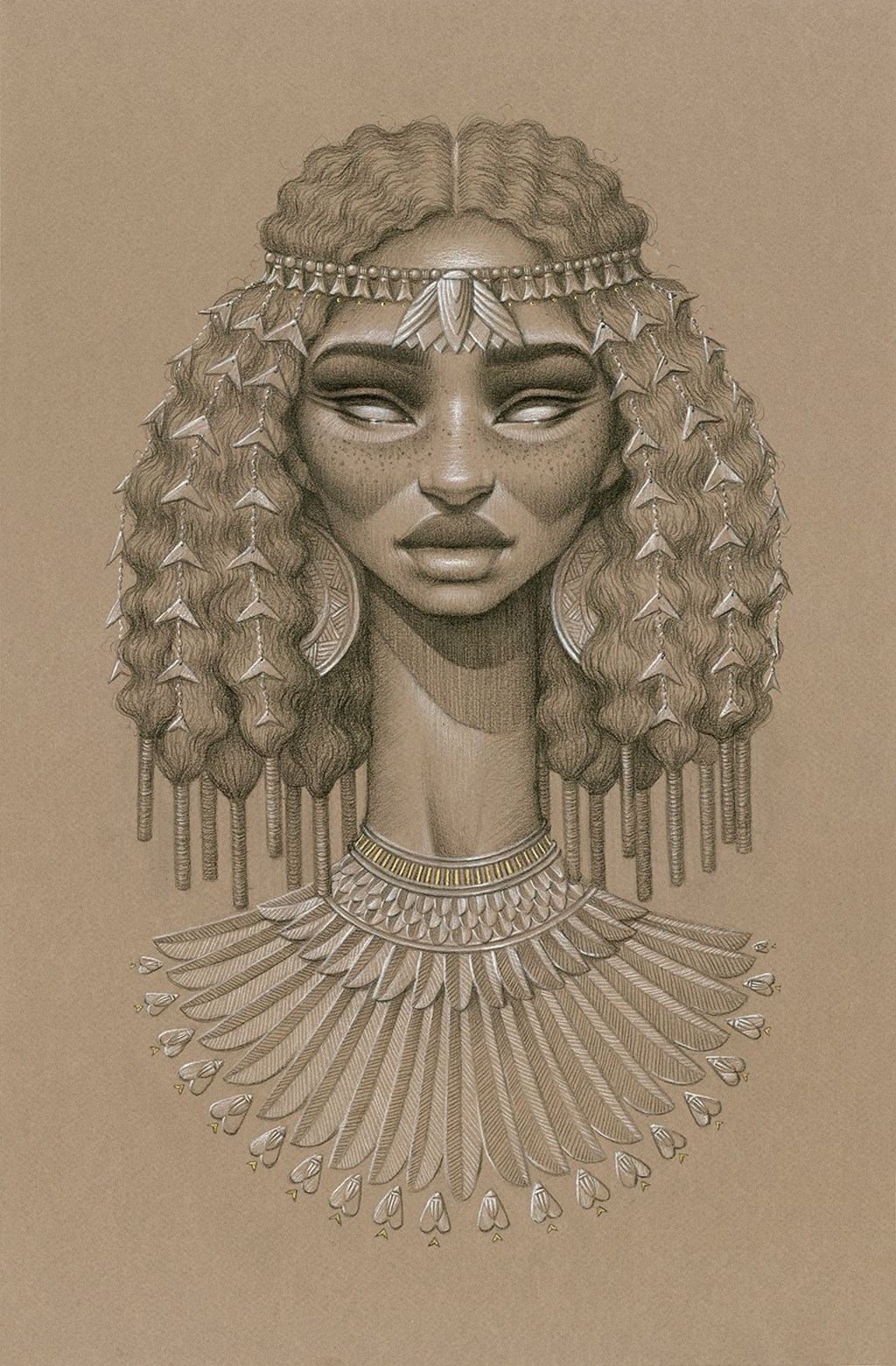 Toronto-based visual artist Sara Golish has created a series of portraits depicting fictional sun goddesses. Each majestic character is drawn on canvas using charcoal, conte and gold ink. Using such medium is a distinct feature in many of Golish’s artworks and portraits. Her series, titled SUNDUST, was also exhibited as a celebration of the summer solstice in America. She creates this series as, what she explains in her artist statement, ” a salute to the fertility of the sun goddess through ten portraits of women from the continent most touched by the sun’s embrace – Africa.” Golish inspiration behind this series was the lack of female sun deities and the lack of portrayal of women in idol forms. She revises and re-imagines the personification of the sun god as being male dominated by portraying the deities as ethereal, god-like women instead. The women of SUNDUST represent and celebrate all that is light, powerful, and life-giving.