But no matter the medium, he has a single goal: to make art that speaks to as many people as possible. 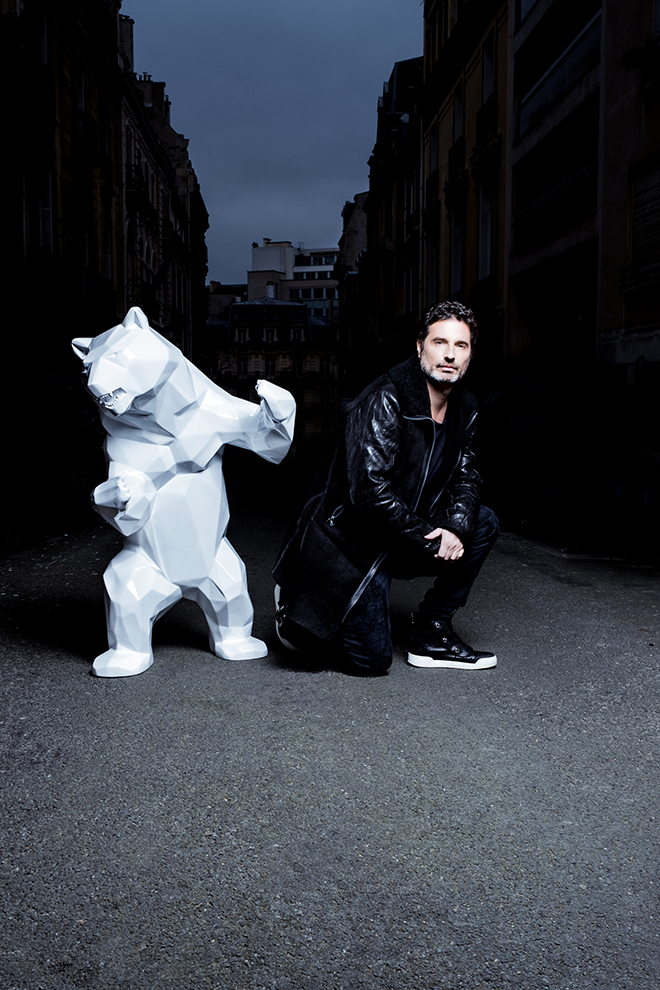 “I don’t like to claim differences between man and artist,” says Richard Orlinski, when asked about his identity as an artist. “I think, if I had to define myself, I would say I’m a perfectionist.”

For the French artist and gallerist, there is no distinction between his personal and artistic identity — he is his art. Even as a child, he was enchanted with the idea of creation and creating, spending his time painstakingly crafting small terracotta animals as his classmates played outside. 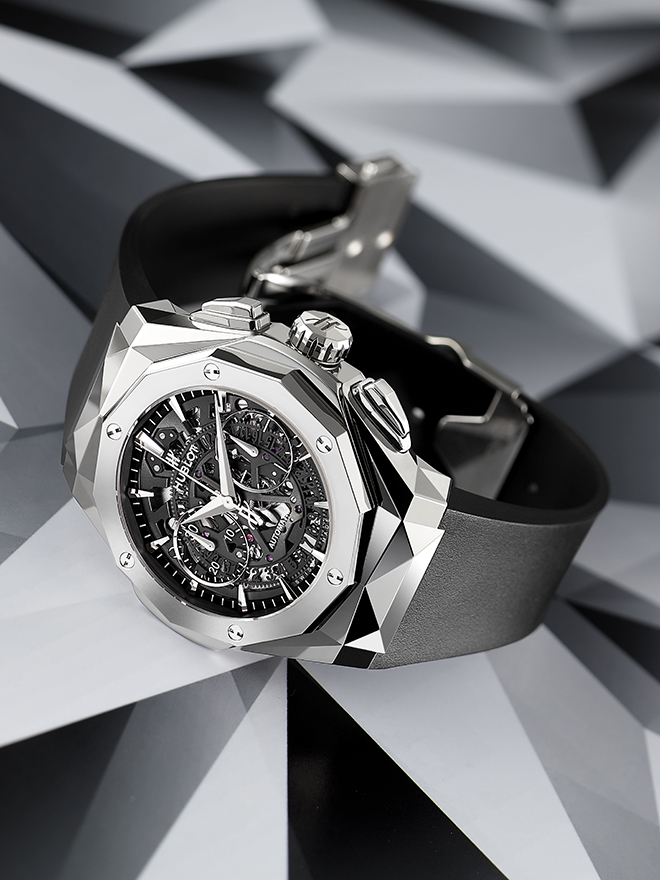 “If I had to define myself, I would say I’m a perfectionist.”

However, his journey into the art world has not been an easy one. While he initially planned for a more practical vocation, he ended up leaving his stable job in real estate renovation to pursue a career in art. And even then, he continued to face challenges — without any connections or formal training, Orlinski shares that at the time, he hardly dared to share his ideas with the world.

This is in sharp contrast to the Orlinski of today. One of France’s best-selling artists, his bold, contemporary sculptures have captured the hearts of thousands. He has also gone on to open three galleries showcasing his own art over the past six months: first Paris, then in Saint-Tropez and most recently, Singapore. The Galerie Orlinski Singapore, the first outside of France, opened in Marina Bay Sands in May this year. 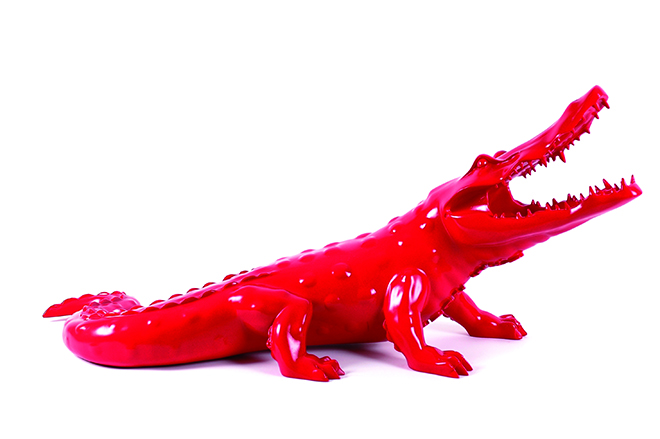 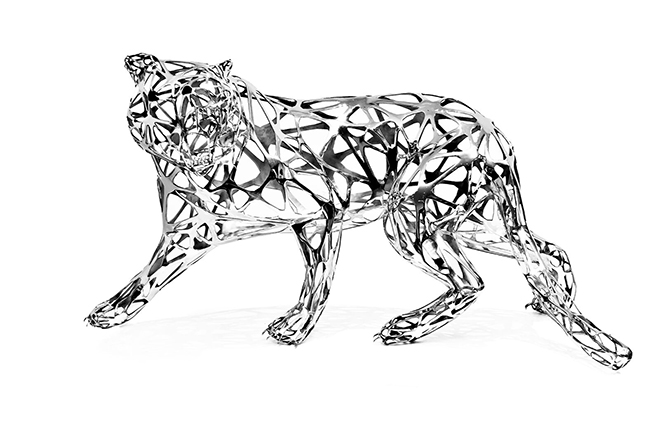 The Galerie Orlinski is a physical manifestation of the artist’s fantastical universe, centred around his distinctive art style. Bold, colourful and provocative, his works — mainly in resin and aluminium — are inspired by animal instinct and human nature. Creatures such as crocodiles and panthers feature heavily in his oeuvre, reflecting his particular attraction to wild animals. “It is a concept that we hope to implement in all the major art capitals around the world,” he tells us.

He recounts the first piece of artwork he created: a red resin crocodile. “This mysterious animal has always fascinated me, and humans in general. It has been on earth for a hundred million years; it is a witness to mankind,” he says. He also explains his love for bright colours: “The colours arouse an immediate feeling, especially towards children. Different colours result in different emotions, so we’re constantly thinking about new colours, and of how we can work with new materials that can influence a sculpture’s colour.” 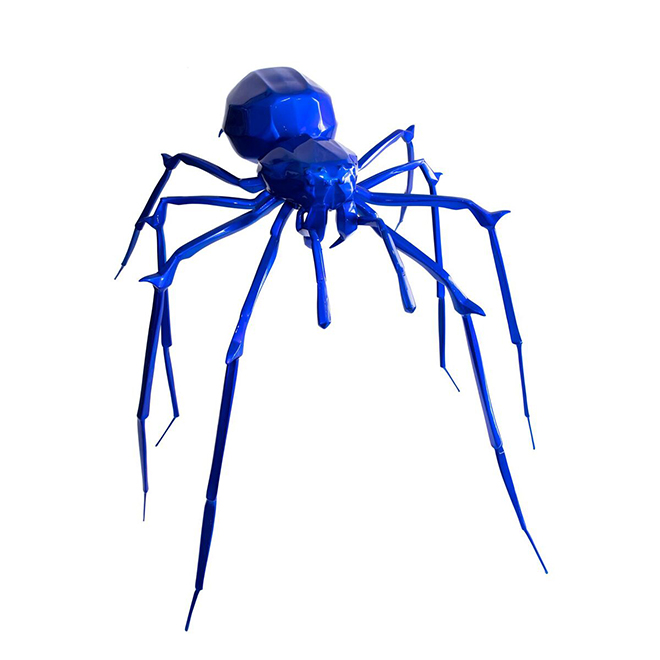 Indeed, from striking dragons in brilliant red to sleek eagles cast in glistening silver, his sculptures are candid and unpretentious, yet visually dramatic and powerfully evocative; there is a potential energy in these creatures, their unbridled ferality frozen in a moment of kinesis. In particular, his gorilla-like character ‘Wild Kong’ — which the artist professes a special attachment towards — demonstrates an unlikely charisma as it stands with its arms raised against its chest, mouth open in a silent roar. “He’s strong, protective, and at the same time sweet,” Orlinski explains.

And while he is best known for his sculptures, the artist, demonstrating a boldness that shines through in his work, strives to not just venture into different forms of art — including fashion, design, and music — but to build bridges between them as well. Recently, he created a watch for Swiss watchmaker Hublot, whose strikingly futuristic facade reflects the artist’s trademark three-dimensional, multi-faceted style. Called the Classic Fusion Aerofusion Chronograph Orlinski, all models have already been sold out. 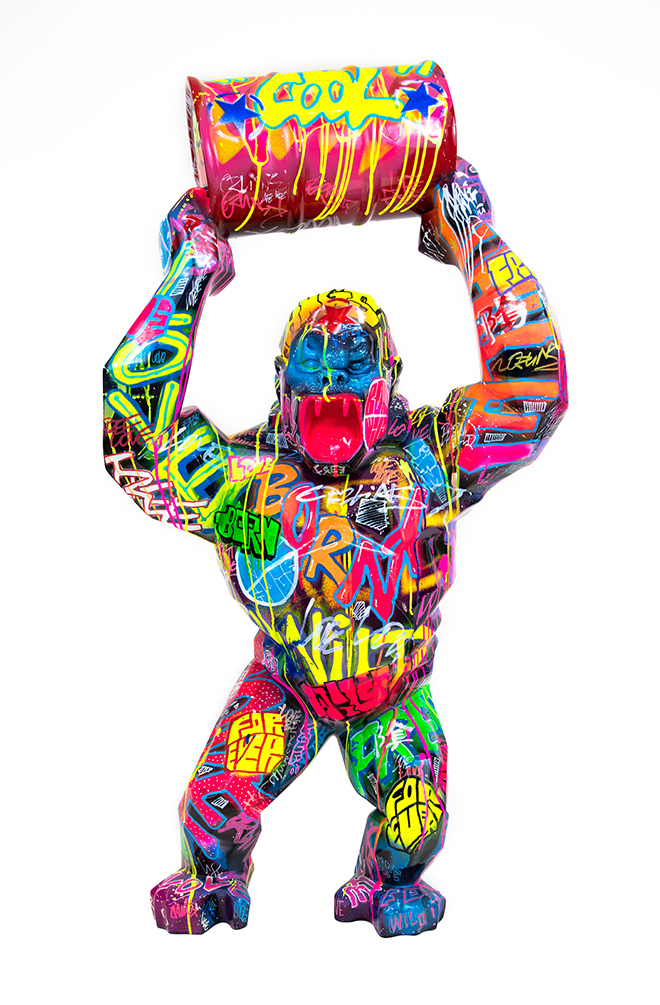 With a number of different projects on his plate, Orlinski has, in particular, a one-man show on the history of art in the works, planned for January 2019 in Paris, France. “I think I have 10,000 ideas per minute! I’m currently working on many different projects, and that’s what I like,” he says. “I’m happiest when I’m given the opportunity to discover a world I don’t know.”

“Every project we do is a challenge. But no matter the difficulties, I always aim for the moon — in everything I do, I always try to do my best,”

But no matter the medium, he has a single goal: to make art that speaks to as many people as possible. “I like to provoke immediate emotions from both adults and children. To me, it’s extremely important to make my art accessible, so I like to exhibit my sculptures for free and in open-air areas.