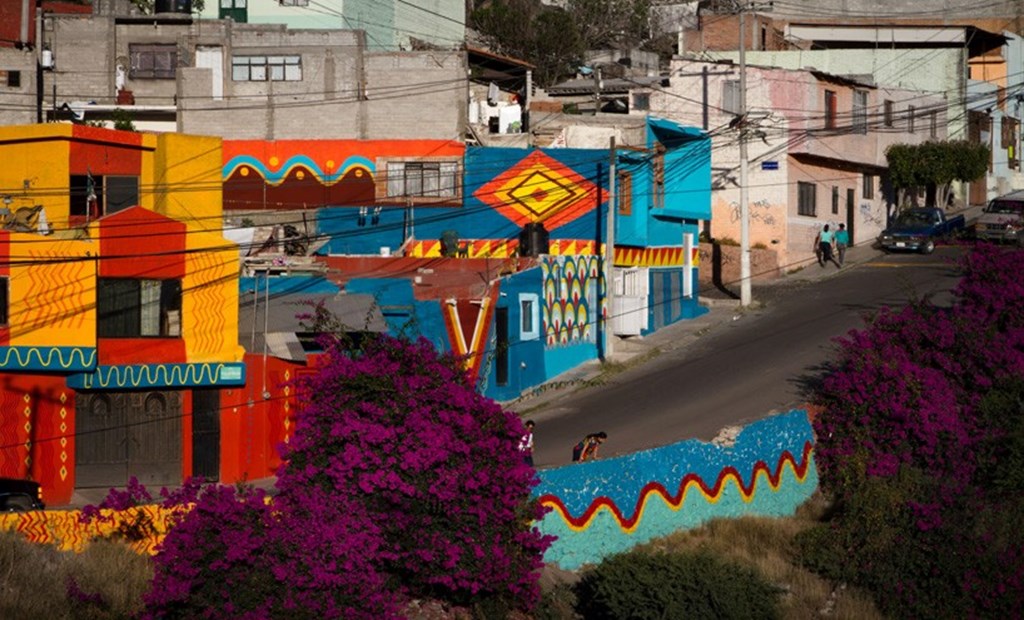 Spanish artist Boa mistura has revived a small,humble community located on the outskirts of Quereto, Mexico with an otomi art project. He began working on this project late last year where he worked closely with the community to explore the concept of ‘identity’ and belonging in the neighborbood. The portugese phrase “Boa Mistura” translates to a “diversity of backgrounds and perspectives”. This is what the artist aims to achieve in his work; an interaction amongst commuity members of different cultures and walks of life.

Otomi is the fifth largest ethnic group in Mexico. The Otomi language spoken by less very few is also one of the oldest Mexican languages. Boa Mistura takes reference from this ethnic group and their traditional form of art. He uses such a style to engage the community as to reiforce the notion of cultural identity. The first phase of the project saw community members pain over 30 buildings with murals inspired by the art and culture of the otami people. The second phase will commence in September and will continue until all 1074 buildings have been painted, creating an environment bursting with culture and colour.

The neighborhood is humble and only consists of a few working class people, their small houses and the small businesses they run. As a result of rejuvenating the neighborhoood with otomi art, it has attracted tourists and visitors from all over. Learn more about the artist here !