Focus: Francis Bacon in Your Blood

Ottawa Citizen online rated ‘Francis Bacon in Your Blood’ number 3 of 5 of the best non-fiction books to read in 2015. 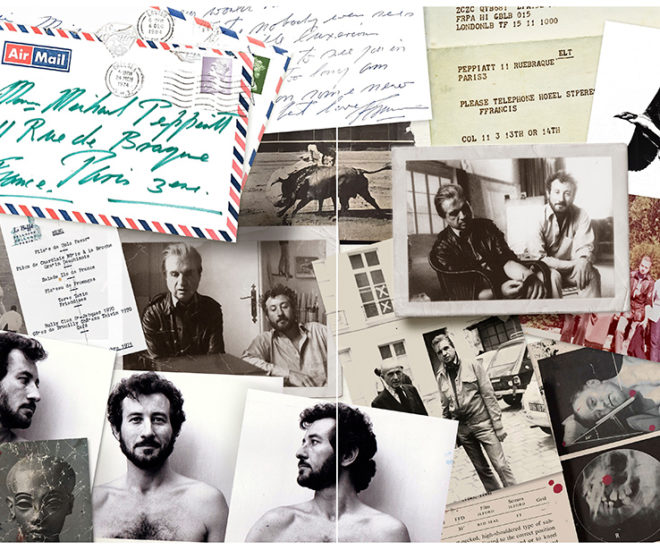 Michael Peppiatt first met Francis Bacon in a pub in Soho and was swept immediately up into the controversial painter’s world. Over oysters and champagne, they embarked on a friendship that would endure for thirty years. This is the story of their lives, closely intertwined and recalled at their most extraordinary moments.

From Bacon’s electrifying early exhibitions through the chaos of drink, drugs and gambling, Peppiatt became deeply involved with the ground-breaking genius. This intimate and revealing memoir brings vividly alive the art worlds of Paris and London and one of the most important artists of the twentieth century.

Mary Kisler for the New Zealand Listener writes: “The wild and tragic life of Britain’s most influential modern artist is a revelation.” She continues, “This irresistible memoir about writer Michael Peppiatt’s friendship with Francis Bacon is as addictive as the champagne and chablis that seem to lace most encounters between the two.”

The author of the book, Michael Peppiatt, is a well-known author and authority on 20th century art. Editor and owner of Art International in Paris, he has written several books about Francis Bacon and curated numerous exhibitions of his work. “[Bacon is] one of the most inventive, influential and subversive artists of the 20th century – and, arguably, of art history as a whole,” says Peppiatt. “[He is a] father figure for me and the central influence on my life.” Although Peppiatt has written formally about Bacon throughout his career, this new memoir is generally vaguer and more impressionistic. For example, he writes about the pivotal time the adolescent Bacon was caught by his father wearing his mother’s underwear.

“And yet, for all its limitations, ‘Francis Bacon in Your Blood’ remains a rather remarkable book. More even than Daniel Farson’s rollicking memoir, published within a year of Bacon’s death, it captures what it was like to be in the presence of this brilliant, camp, reckless, waspish, drunken, generous, shameless character.” – Dailymail, UK.

‘Francis Bacon in Your Blood’, by Michael Peppiatt, is published by Bloomsbury Circus, and retails for about £25 (SG$52).