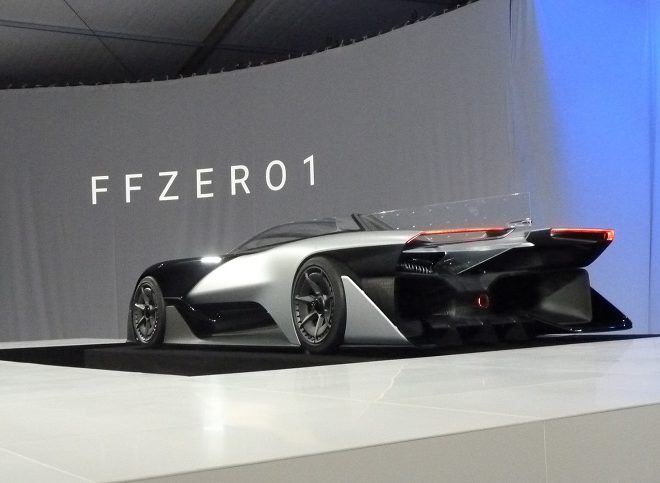 With the Beijing Auto Show ongoing this week, some of the important questions being talked about involve solving some huge problems attached to the idea of transport – such as the issue of pollution, or how to fix China’s road congestion. Electric cars and driverless cars may be the next big thing in the Chinese automobile scene but quite a lot of work is needed to get these measures off on the right track.

Everyone has a general picture of Chinese smog and air pollution as a big problem but fixing it has always been quite rough. China’s government, though, is turning to electric cars as the key to solving the health crisis. Only one percent of the cars owned by the huge populace are actually electric cars, but that accounts for much. The country already took the number one spot for electric models last year with some 247,000 “zero emission” cars sold — quadruple the number in 2014 — according to the China Association of Automobile Manufacturers. To incentivize drivers, the government is giving up to 55,000 yuan subsidies ($8,500) for each car, and electric cars are even exempt from traffic restrictions in China’s congested major cities.

Yet, while electric cars are more popular worldwide, particularly high-end brands like Tesla, the hefty price tags and restricted driving range means it’s still a niche market. Their evolution has been mainly state-subsidised, as in Norway, which has the world’s highest penetration at 17 percent of new sales in 2015. Still, the sizable market in China tantalizes many manufacturers.

Jean-Francois Belorgey, an expert with consultancy EY, predicted that by 2020, up to 750,000 electric cars will be sold in China every year. “China is perhaps the one place in the world where the automobile industry can achieve the economy of scale needed to bring down costs,” he said. In the meantime, the government is aiming for the loftier goal of at least five million rechargeable cars on the roads by 2020.

Both domestic manufacturers and foreign manufacturers are already planning their models and releases. One of these, on the domestic front, is market leader BYD, which also makes the Denza brand in a joint venture with Daimler. France’s Renault plans to release its Fluence ZE in China in 2017, and PSA group will be showing a unique C-Elysee electric sedan at the Beijing show that is due next year. Chinese companies have also provided funding for Western firms’ development projects, including Britain’s Aston Martin and the US’s Faraday Future, which sees itself as a possible competitor to Tesla.

Still, this isn’t the end of the problem. Ben Scott, an expert of electric cars with IHS, noted that it was merely “moving the CO2 from the exhaust pipe to a power plant somewhere” and, although it addresses the issue of “the concentration of particles”, it helps way less for the greenhouse effect. As long as power is still generated in carbon-intensive ways, the problem will still stick.

While many people would argue that the joy of the car comes from the control of the ride, the larger and more pragmatic Chinese populace are less particular about that. According to a survey by Roland Berger consultants in 2015, which found 96 percent of Chinese would consider an autonomous vehicle for almost all everyday driving, compared with 58 percent of Americans and Germans. We’ve heard, seen and perhaps experienced the horror stories of the accidents, often captured on Youtube and propagated on social media, and that probably accounts for the appeal – better safety through autonomous technology.

Still, the road has many flaws, especially because of large questions looming about the technology itself. “If you have someone jumping out in front of an autonomous car, does the car have to choose between killing that person, or swerving and crashing and killing the passenger?” asked Robin Zhu, senior analyst at Sanford C. Bernstein. Quite a paradox worthy of Isaac Asimov himself, if you ask me. Yet, Chinese businesses are ready to jump into the fray, taking the same path as companies like Google, BMW, Volvo, and Toyota.

Last week, ahead of the Beijing Auto Show opening on Monday, two self-driving Changan cars made a mountainous 2,000 kilometre (1,200 mile) journey from Chongqing in the southwest to the capital in the country’s first long-distance autonomous vehicle test. Another Chinese Internet giant, LeECO, is also venturing into autonomous technologies, unveiling Wednesday in Beijing an electric car that can park itself and be summoned to its owner’s location via smartphone. And late last year Baidu tested China’s first locally designed driverless vehicle, a modified BMW, with a 30 kilometre ride through the streets of Beijing.

The ready market is also bringing in interested parties from the outside, with top companies aiming to refine their driverless technologies. Swedish manufacturer Volvo, owned by China’s Geely since 2010, this month announced plans to test drive up to 100 of its vehicles on Chinese roads this year. Changan, a partner of Ford, is set to roll out commercial autonomous vehicles for motorways from 2018, while mass production of driverless city cars is projected to begin in 2025. The ultimate prize, notes the analysts, will be when mass transport firms such as taxi-hailing giant Uber, or its Chinese rival Didi, can deploy huge fleets of robot taxis.

On the logistical side of things, analysts are less optimistic. Production costs were still too high to make a robot taxi fleet viable, BCG’s Mosquet said. “There are still many questions to be resolved” before fully autonomous vehicles can be put into public use, said Jeremy Carlson, a senior analyst for HIS, pointing to an inadequate infrastructure and “chaotic traffic situations” on roads shared with cyclists and pedestrians.

In the push towards the future, though, it may be hard to stop moving. The only way to face the various hard-hitting issues within the country is an open mind, and a will for innovation.