Yacht insurance expert Tommy Ho of Voyager Risk Solutions has lived a boating life, from typhoon shelters and selling jetskis to sailing and owning yachts, so knows the need to protect yourself and others.

Life on the water is in the DNA of Hong Kong people. As well as our history as a shipping hub, we have sampans and junks, houseboats and fishing villages, cruise ships and ferries that cross the harbour and connect to our islands, Macau and mainland China. Hong Kong people have grown up around the water and long used boats. 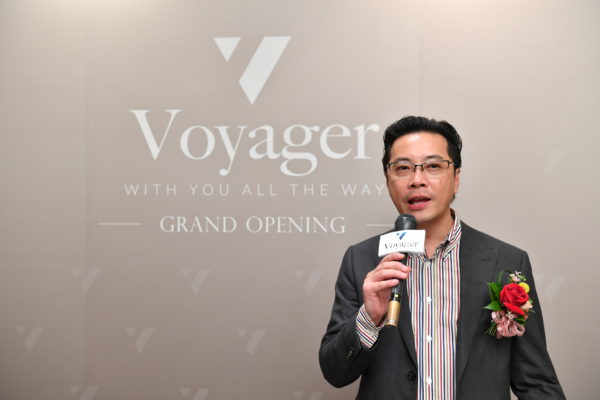 Tommy Ho is CEO of Voyager Risk Solutions, which was founded in 2018

For some, cruising on a luxury motor yacht or sailing on our waters is a goal, and has been since sailing was introduced during the city’s days as a British colony. Sailing is adventure, sport and a lifestyle, although it was often associated with wealth.

Hong Kong was a fast-growing city in the 1980s and boating became more affordable. Some people decided to live on a boat, facing the water every day and enjoying the peace and quiet, away from the noise and traffic in the city. My family was one of them.

My parents were in the boating industry before I was born. When he was young, my father had a rare opportunity to sail around the world on a large yacht – a 55-footer was considered particularly large at that time. My mother was a sea lady and represented local sampan culture, even attending the London Boat Show as part of a Hong Kong showcase in 1971.

For a period in my teenage years, I lived on a boat in the Causeway Bay Typhoon Shelter. It was a fantastic experience. As well as being fun, it also enriched my network in this industry that surprisingly benefited my later career. I made a lot of friends and enjoyed the company of my neighbours. All of us created a small community and everyone lived together harmoniously. 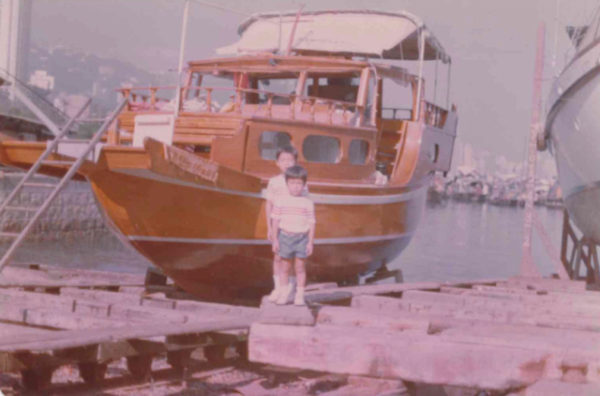 Tommy Ho grew up around the water in Hong Kong

Enjoyment comes with risk. Similar to living on land, there are risks on water facing us at any time. And there was an incident during that period that slapped me in the face, letting me know that there is always potential danger and risk behind fun.

One of my neighbour’s boats caught on fire. The fire developed quickly and as the boat was in the middle of the Typhoon Shelter, the fire fighters needed extra time and effort to get close to it. They put the fire out, but unfortunately the owner who lived on the boat was trapped inside and died.

This was the moment that taught me to be aware of risk and danger. In fact, this incident has stayed with me my whole life, especially as I eventually entered the yacht insurance business, although that career didn’t start straight away.

In my early 20s, my life was absorbed in the boating world. My father was the boatyard manager of a local marina – he retired two years ago – and my mother operated a boat repair business.

I didn’t think twice about jumping back into the boating world after I finished my studies. I worked for a dealer of a sailing apparel brand and sold sailing gear, equipment and even jetskis. 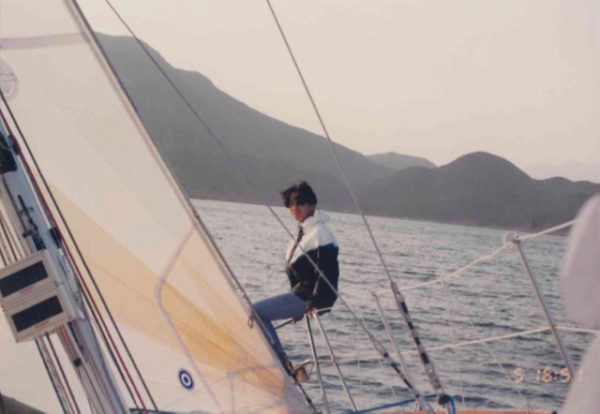 I sold over 100 jetskis in a year. Business was easy and the economy was good. It was a fun period of my life, until the late 1990s when everything turned to the dark side.

The economy went from good to bad in just a matter of days. Customers started to delay payments. A lot of them even failed to pay. I had to close my jetski business and bear a significant amount of debt.

I then started working at the Royal Hong Kong Yacht Club for a while and met a person who changed my career. He suggested my background and knowledge of boating would be an advantage in the insurance field, so he brought me into his company and I worked in yacht insurance.

My first day was September 10, 2001, and because of the tragic incident in New York on my second day of work, I believe I had the most intensive training ever for an entry- level insurance broker. The insurance market changed significantly in a single day and I got to understand the nature and structure of this industry in a very short period of time.

Insurance is not the most glamorous field I’ve worked in, but it’s a necessity in yachting – and other walks of life – because for all the joy life on the sea brings, tragic incidents occur without warning, on and off the water.

With almost two decades in yacht insurance, Tommy Ho is CEO of Voyager Risk Solutions, which he founded in 2018. Born in Hong Kong, Ho grew up in a boating family, has been a Royal Hong Kong Yacht Club member for over 25 years, is a long-time boat owner and is a consultant of the Hong Kong Cruise and Yacht Industry Association.