Fairline’s re-emergence is a remarkable story of courage, brand loyalty and huge ambition. Yacht Style spoke with Russell Currie about the brand’s exciting times ahead. 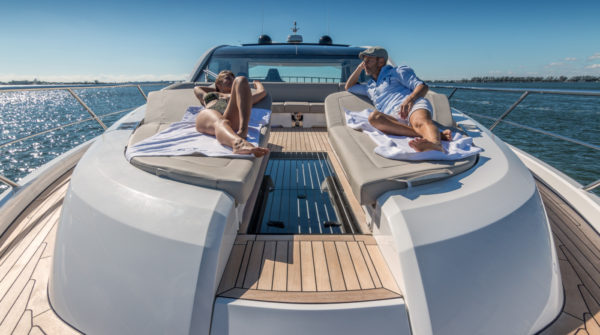 In a sort of boating fairy tale, the end of 2015 was a dark period for Fairline. In early December, the company founded in 1967 was placed in administration, putting 450 workers on the line just three weeks before Christmas. The Oundle-based builder owed some £6.2 million (about US$8 million) to creditors. This all took place just over a month after Wessex Bristol Investments had acquired Fairline Boats in late September from Better Capital PPC, its owner since 2011.

The Great British Comeback has a rapidly growing workforce 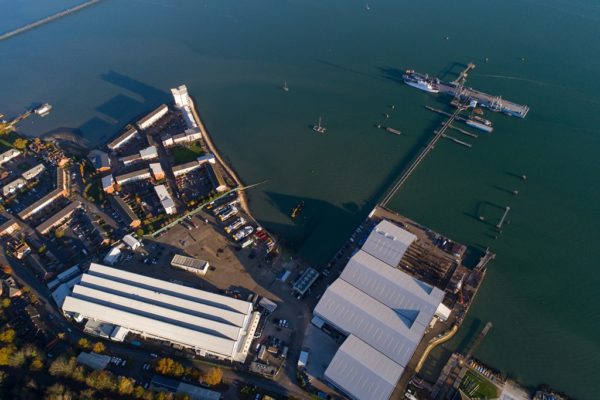 The Fairline Marine Park in Southampton

However, this fairy tale took a turn for the good in late January 2016 when UK-based Russians Alexander Volov and Igor Glyanenko acquired the assets of Fairline Boats and established a new company – Fairline Yachts. Both passionate boat owners, the Russian investors had experience of managing and developing marine businesses and of the production of high-technology products, IT and media services.

A major yacht brand had been saved, but for some time it would be in intensive care while a new management team started the rebuilding operation.

In a bid to streamline, the decision was made to close a site at Corby in May 2016 and relocate essential equipment to Oundle. Also that month, two major new partnerships with international design firms underlined the new company’s ambition.

Italian yacht designer Alberto Mancini and renowned Dutch naval engineering firm Vripack signed up as Fairline looked to update the look and feel of its models while retaining the brand’s distinctive DNA. 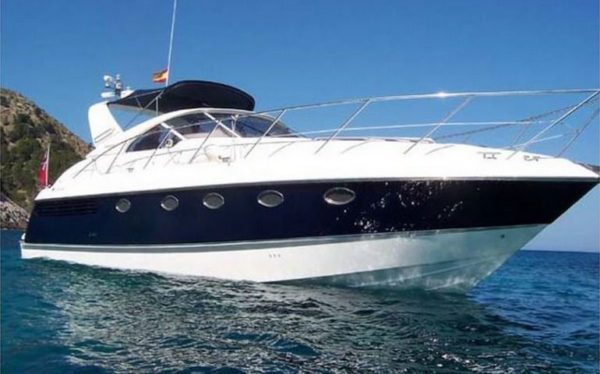 Mancini, described by Currie as “a humble genius who manages to attract women to boat shows”, was only appointed after a competitive tender that involved 12 designers assessed by the same number of key dealers.

“I am looking forward to creating a new era of Fairline yachts with a new, fresh, sleek design of both the interior and exterior,” Mancini said. “My inspiration is taken from my experience in the megayacht field but also from Fairline’s rich history of building timeless, classic, usable yachts for almost 50 years.”

By June, the company announced it had employed 176 staff and the following month Fairline revealed its first model to come from the new design partnerships, the Targa 63 GTO, with Mancini’s sleek style clearly evident.

In August 2016, Fairline started focusing on its global dealer network, extending the territory of its Dutch dealer to also include Germany and Benelux. New appointments followed in markets including Malta, the Middle East, Argentina, Denmark, Portugal, Italy, Canada, Egypt, South Africa and the Ukraine.

Celebrating its 50th anniversary in 2017, Fairline started the year well, selling 10 yachts with a total value of £4m (approx. US$ 5.2 m) at the now-defunct London Boat Show.

A few days later, it reported that its order book for 2017 was full, with the company having sold 65 units worldwide since the start of 2016, with Europe and the US as its key markets. In late January, momentum continued as the Squadron 53 was unveiled at Boot Dusseldorf.

To start the recovery, Russell Currie – a Fairline dealer since 1998 – was soon appointed Managing Director. Formerly a Chief Test Engineer at Princess and Engineering Director for Sunseeker in Mallorca, Currie became a Fairline dealer in 1998 and achieved over GBP90 million (US$115 million) in sales as CEO of Fairline North Mallorca.

Supported by Karl Gilding as Business Development Director and Martyn Hicks
as Technical Director, Currie encouraged skilled workers to get in touch and sought the commitments of key dealers – including Derani Yachts in Thailand – to continue the adventure. Still based at the manufacturing plant in Oundle, Northamptonshire, the company quickly re-employed about 100 employees who had been laid off.

The new company started by completing all orders received by the former Fairline Boats, including those that had not yet started being built. The Squadron flybridge and sporty Targa ranges remained the core of Fairline’s offerings.

“A humble genius who manages to attract women to boat shows,” is how Russell Currie describes Alberto Mancini, whose fresh designs have defined a new era for Fairline

In March, the company announced that its Oubdle manufacturing facility would be expanded by 17,000sqft, space needed for the extra orders, while the expanding workforce now topped 250. Further product investment included updates to the interior finishes across its 48ft models and the addition of a hardtop option and new interior to the Squadron 65.

In September, the world premiere of the Targa 63 GTO was held at the Cannes Yachting Festival, where visitors could see for themselves the combination of Italian design, Dutch naval architecture and British construction. The yard also proudly announced that its total orders since January 2016 had risen to 135.

Fairline also announced a new F-Line series that would kick off with the Mancini-designed F-Line 33, an express cruiser with a double cabin and a convertible V-shaped sofa that had already generated over a dozen orders, well over a year before its launch in early 2019. The builder’s other major announcement was its acquisition of a waterfront site to develop a new-build facility for larger yachts. The site was later revealed to be in Hythe, Southampton, formerly used by Green Marine and Solent Refit.

Fairline’s Oundle plant was hence designated to focus on models up to 60ft, with larger ones being built in Southampton, where testing, commissioning and customer handover would also take place.

“Just two years ago the brand was a mess; a lot of us felt this could be the end of one of Britain’s best loved boat builders. Two years on and the brand is flourishing once again under new owners,” Currie said.

After a remarkable golden anniversary in 2017, Fairline’s outstanding recovery was acknowledged in January 2018 when the builder won the Judges’ Special Award at the Motor Boat Awards in London.

“Fairline Yachts has defied all expectations to achieve one of the most remarkable turnarounds any of us can remember,” said Hugo Andreae, Editor of Motor Boat and Yachting, organiser of the awards. It is still building boats in Britain, still investing in its rapidly growing workforce and still demonstrating that British craftmanship is second to none. None of these would have been possible without the vision of its new owners and directors nor the commitment of its loyal workforce.

Currie was delighted with the honour. “Fairline’s golden year was definitely one to remember and we cannot think of a better way to kick start 2018,” he said. “I would like to personally thank everyone at Fairline for all their hard work which has led to this great achievement.”

In April, Fairline launched the 115th and last unit of its Squadron 78 at Oundle, as part of the transition of large yacht builds to Southampton. Renamed Fairline Marine Park, the 20,000sqm (five- acre) site has been in operation since August 2018. 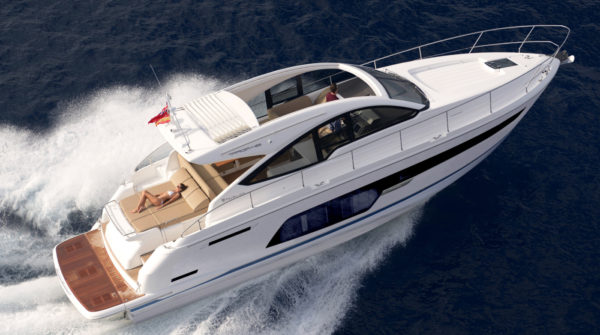 A Squadron 48 has been ordered for Hong Kong

In September, Fairline was back in the news as it staged the world premiere of the Targa 43 Open at the Cannes Yachting Festival, where the yacht was honoured with Best Exterior Design in the 14.5-18m category at the World Yachts Trophies, a year after the Targa 63 GTO won the same award in its length category.

In late September, Fairline announced the appointment of David Tydeman, the former Oyster Yachts CEO, as Executive Chairman to help lead the company especially in key decisions for the Southampton site due to his knowledge of the British yacht building industry, the south-coast workforce and its supply chain. Having been credited with taking Oyster into the superyacht sector, with 80 per cent of its 80ft-plus units secured under his leadership since 2008, Tydeman was described as “well placed to guide the board with the investment decisions necessary for Fairline Yachts to enter the larger boat market”. Currie has since stepped down as Managing Director and returned to leading Fairline North Mallorca as the yard embarks on its next era.

With new owners, new models, new facilities and now over 400 staff, Fairline’s remarkable new chapter may read like a fairy-tale so far, but stay tuned as there’s much more to come.

For further information in Hong Kong and the Philippines: www.simpsonmarine.fairline

For further information in Thailand: www.derani-yachts.fairline-yachts/