After years of waiting for China to lift heavy restrictions on airspace, wealthy travellers and aircraft manufacturers have reason to celebrate — the country’s skies are opening up to private flights. The makers of helicopters and small business jets are predicting a major bump in sales — France’s Dassault Falcon just moved its Asia office […] 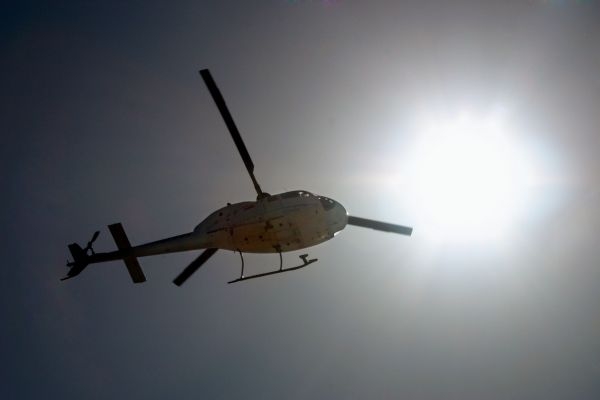 After years of waiting for China to lift heavy restrictions on airspace, wealthy travellers and aircraft manufacturers have reason to celebrate — the country’s skies are opening up to private flights.

The makers of helicopters and small business jets are predicting a major bump in sales — France’s Dassault Falcon just moved its Asia office from Kuala Lumpur to Beijing, which it called the new “centre of gravity” for the market.

The private air travel industry “will be one of the fastest-growing sectors in the next 10 years”, Frank Lee, chairman of China Private Aviation Company, a consultancy offering aircraft acquisition and charter services, told AFP.

The airspace over China — the world’s third-largest country by surface area after Russia and Canada — is under strict military control, but the People’s Liberation Army recently loosened its iron grip over the skies.

In the past, authorities needed a week’s notice for approval of a private flight. Under the new regulations, the thumbs-up can be given within a day, sometimes in just a few hours.

The Chinese government, which encourages its major state-owned conglomerates to invest abroad — especially in Africa, where the commercial air service is patchy — has finally understood the need for private aviation, Lee said (pictured below).

Some business jets are now able to take Chinese executives from Beijing to London, Nairobi and Los Angeles without refuelling stops.

“Each year, the growth rate in the sector is more than 30 percent and we see a trend of acceleration”.

Of course, sales in the nascent Chinese market are starting from a rather low point. More than two thirds of the 15,000 business jets in operation around the world are in the United States, while just 150 are in China.

John Rosanvallon, the head of Dassault Falcon, admits it will be a “brutal” start for market players in the Asian nation, with clients “immediately looking for the biggest planes”.

“Within two or three years, China will represent not one but 10 percent of our market worldwide,” Rosanvallon predicted.

In the medium term, Dassault is hoping to sell about 10 business jets a year in China, at a list price of between 30 and 50 million dollars. The French firm was not as quick to jump on the Chinese market as US company Gulfstream, which says it currently has a 63 percent market share on large-cabin business jets in China, including Hong Kong and Macau.

“We are very encouraged by these figures,” Jeff Miller, vice president of communications for Gulfstream, told AFP.

“Air traffic control procedures in China have become a lot more flexible, expediting the filing of flight plans. This has made the use of business jets much more practical and advantageous.”

Chinese millionaires looking for a way to spend their money often buy a private jet “to show off” their new-found wealth or get one up on a rich contact, according to Walter Wang, the editor-in-chief of JET Asia Pacific magazine.

Some large-cabin private jets owned by Chinese high-flyers are however grounded, as they lack the proper pilots and crew, Wang said.

“Sometimes it exceeds their needs. Gradually they will become more rational,” he told AFP.

In April next year, plane makers will flock to the southern island of Hainan for its annual yacht, jet and “luxury lifestyle” trade show (Hainan Rendez-Vous) — a must for the country’s jet-setters and top-level executives. The outlook is just as rosy in China for makers of helicopters and smaller jets, with the world’s major manufacturers — Eurocopter, Bell, Robinson, Agusta and Cessna — poised to enter the market.

Last month, the State Council, or cabinet, and the powerful Central Military Commission published a joint circular on the “progressive opening” of China’s low-altitude airspace, where such aircraft tend to fly.

As with the larger planes, authorisations of flight plans will come more quickly — opening up the skies for tourism flights and quick business trips between regions.

Developers are already jumping at the chance, building helipads at resorts, golf courses and even organic farms to offer the wealthy an opportunity to escape China’s polluted mega-cities for a day of fresh air, Lee said.