Most Expensive Watch in the World: Patek Philippe 5016

The unique Patek Philippe 5016 high complication wristwatch fetched the record $7.3 million price when it went under the hammer in Geneva November 7 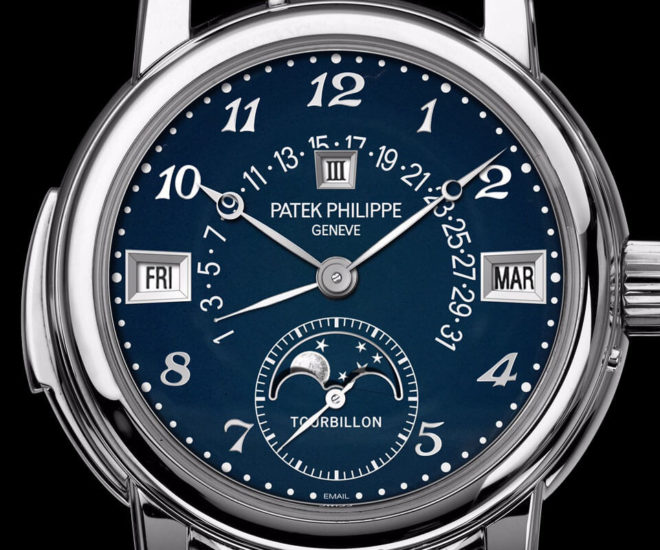 It is ironic that the world’s most expensive wristwatch (US$7.3 million) is now a stainless steel one-off model. The unique Patek Philippe 5016 high complication wristwatch fetched the record price when it went under the hammer in Geneva November 7, with the proceeds going to charity, according to the organizers of the Only Watch auction.

The watch, which had been listed with an asking price of only CHF700,000-900,000, had sold for CHF7.3 million Swiss francs (US$7.3 million, 6.7 million euros) after nine minutes of intense bidding by two anonymous telephone bidders, the Phillips auction house said.

That is “the highest price ever paid for a wristwatch at auction,” it said in a statement, adding that once the hammer fell the sale had been greeted by a standing ovation in the room at the luxury La Reserve Hotel in Geneva.

The Patek Philippe piece, with tourbillon, minute repeater and perpetual calendar with moon-phase display, was one of 44 unique timepieces created for the “Only Watch” auction by luxury watchmakers and jewellers, including Blancpain, Harry Winston, Piaget and Chanel. Connoiseurs will appreciate that ref. 5016 does not show the tourbillon dial-side and that the blue enamel dial actually features gold applique Breguet numerals.

In related news, the original photo for this story, compiled by the AFP, included an image of quite the wrong watch! By the looks of it, it appears to be a vintage Reference 5270 from Patek Philippe. Having in-house watch specialists is very handy! Returning to Only Watch, in total, this year’s activities raked in US$11.2 million (10.3 million euros), Phillips said.

All the proceeds of the charity auction go towards research into Duchenne muscular dystrophy (DMD), a tragic muscle-wasting disease that occurs in roughly one in 3,500 males.

“This fantastic result will allow us to strengthen our efforts in targeting a cure for this severe disease,” said Luc Pettavino, head of the Monaco-based AMM association dedicated to finding a cure for the disease and founder of the “Only Watch” auction.

The auction is held every two years under the patronage of Prince Albert II of Monaco.