Considered the Olympics of the culinary world, the Bocuse d’Or USA will choose the American chef-team to represent the biennial Bocuse d’Or Cuisine Contest in 2013. Finalists this year include Bill Bradley, Danny Cerqueda, Jeffrey Lizotte and Richard Rosendale. On January 28 and 29, the chefs will compete for the chance to carry the American […] 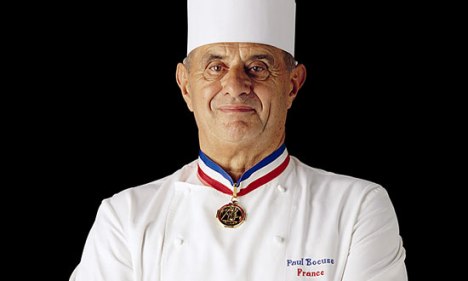 Frenchman Paul Bocuse, credited as the father of “nouvelle cuisine” and the first of the celebrity chefs, was named “chef of the century” by America’s leading cooking school on Wednesday. The Culinary Institute of America named Bocuse the top chef of the 20th century, citing the 85-year-old’s legendary career in which he transformed both food […] Chef Kofoed Rasmus of Denmark today won the Bocuse d’Or, a biannual cooking contest that draws the elite of the culinary world to the French city of Lyon. Rasmus was victorious in a competition where spectators pack the grandstands to cheer on their national teams. The runner-up was Tommy Myllymaki Sweden. The third place went […] After a two-day marathon of cooking and judging that pitted chefs from 24 countries against each other, the chef from Norway won the Bocuse d’Or, the cooking competition known as the Olympics of Food. Geir Skeie, the 28-year-old chef at Mathuset Solvold in Sandefjord, Norway, will go home with a trophy of a golden effigy […]