Actor Ashton Kutcher is set to go into orbit after becoming the 500th customer to sign up for Richard Branson’s pioneering space ship, the British tycoon said Monday. 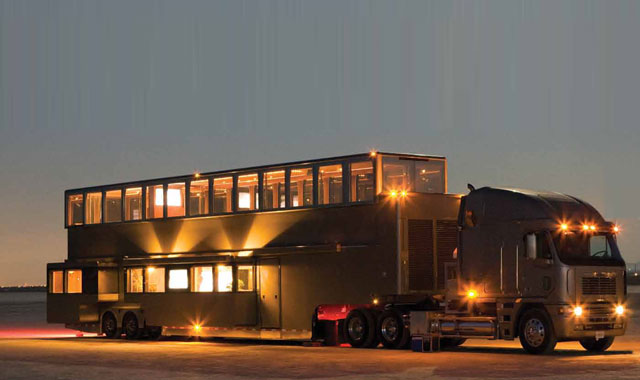 Ashton Kutcher has made headlines this weekend after it was revealed that his on-set trailer costs just shy of $9000 a week to maintain. Kutcher’s luxury trailer on the set of Two And A Half Men measures 16 metres long and weighs in at around 30 tonnes. The luxury home features “side sections and a […]

Hollywood actor Ashton Kutcher stars alongside top model Alessandra Ambrosio in Colcci’s fall/winter campaign, released via the Brazilian label’s Facebook page. Photographed by Steven Klein, the ads are deemed a big improvement from last season’s ads that featured a very oily Gisele Bundchen, but some fans are commenting that the new release looks too much […]