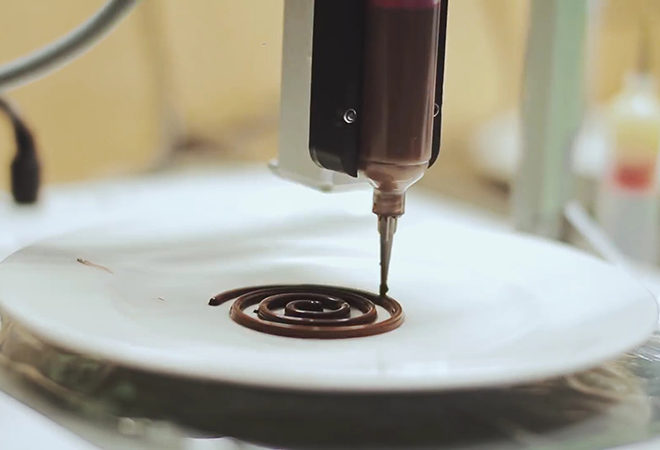 The moment where 3D printers infiltrate even our food has arrived. At Food Ink, 3D printed meals are a reality. A new exhibit at the Museum of Fine Arts Boston showcases the marriage of technology and fashion. Divergent Microfactories has unveiled Blade, a surprising 700hp supercar whose chassis was entirely printed in 3D before being assembled by hand. 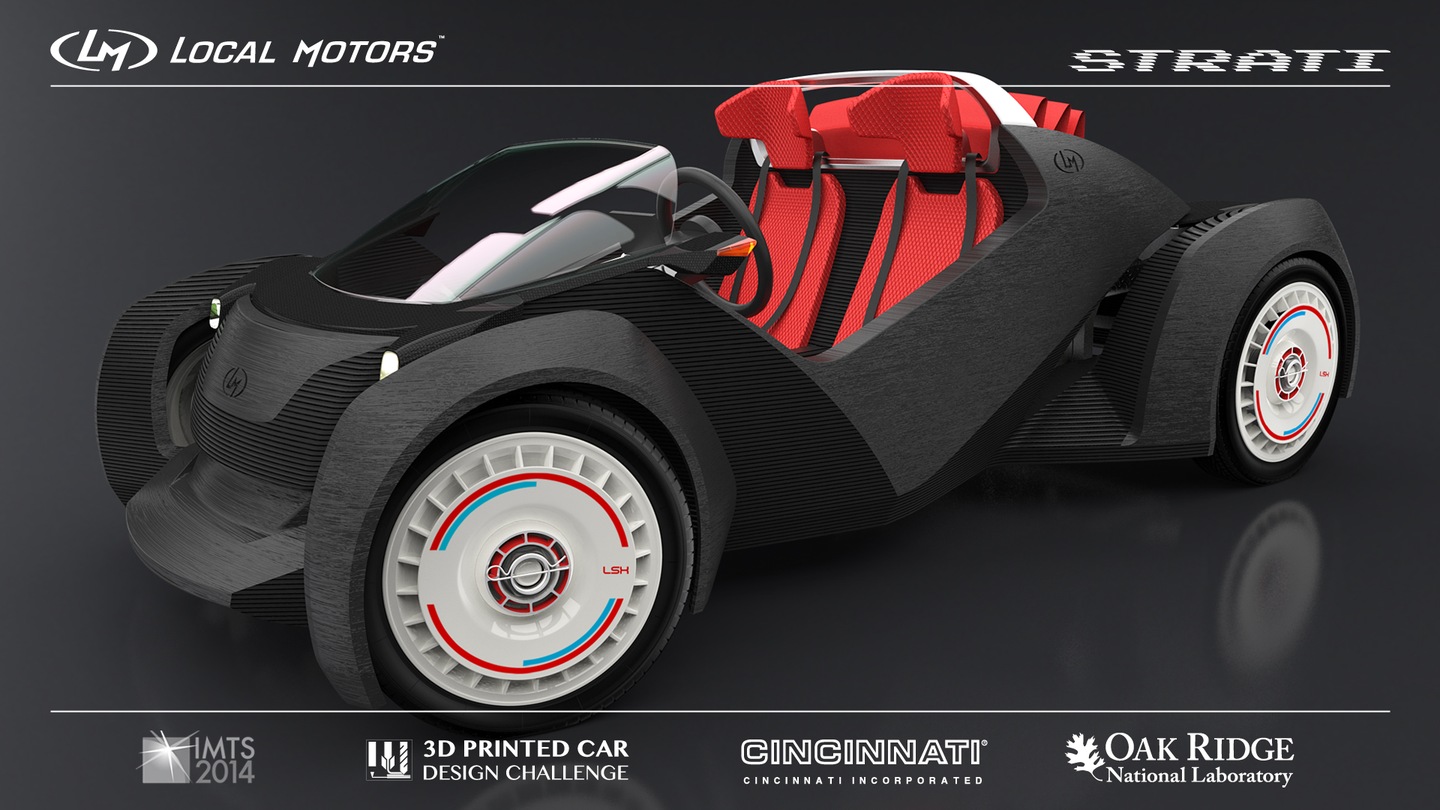 With the exception of its tires, electric motor and battery, the Strati is made entirely of 3D-printed parts.

Foodini ‘prints’ any meal in 3D

Natural Machines, a Spanish start-up, has launched a Kickstarter campaign to fund “Foodini,” a 3D printer devoted entirely to food.