Daniel Craig’s James Bond wore an Omega SM300 diver’s watch for Spectre. We finally got a look at what he wears for Bond 25. 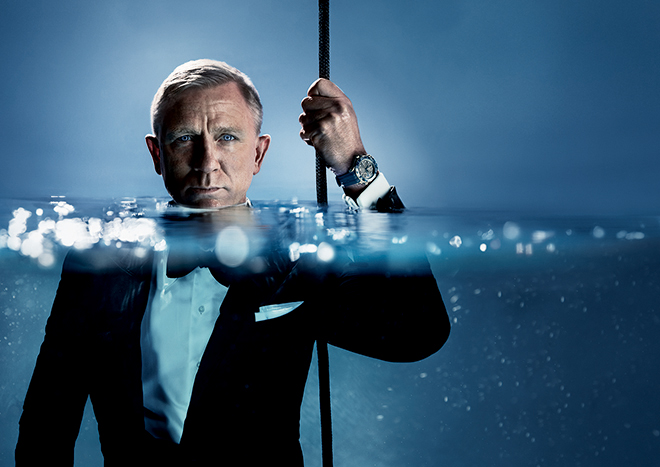 Since 1993, Omega’s Seamaster Professional Diver 300M has enjoyed a niche following and in 1994, when Pierce Brosnan became the fifth actor to portray secret agent James Bond in the Eon Productions film series, starring in four films from 1995 to 2002, the Seamaster Professional Diver 300M became legendary. When Eon costume designers approached then Omega’s head of marketing, Jean Claude Biver, to sponsor the Bond film “Goldeneye”, Biver not only said yes but also increased the stake for greater publicity commitments from the production company. When Daniel Craig assumed the mantle of the world’s most recognised British Secret Agent, Omega equipped Mr. Bond with a Seamaster Planet Ocean. The Planet Ocean itself derives many of its signature aesthetic codes, chiefly numerals and hour indexes from old school British SAS (Special Air Service) issue Omega SM300 diving watches. With Spectre and Skyfall, the circle was complete when MI6 Q section issued James Bond with Omega’s vintage inspired Seamaster 300. Though information has been scant on the secretive production of James Bond 25, set leaks and eagle eyed watch spotters have noticed that Mr. Bond himself might be going back to the diver’s watch which kickstarted the film franchise’s modern era, a Seamaster Professional Diver 300M. Daniel Craig’s James Bond was eventually issued a re-creation of the Omega SM300 for the movie, Spectre.

The plot summary for James Bond 25 is as follows: Bond has left active service and is enjoying a tranquil life in Jamaica. His peace is short-lived when his old friend Felix Leiter from the CIA turns up asking for help.The mission to rescue a kidnapped scientist turns out to be far more treacherous than expected, leading Bond onto the trail of a mysterious villain armed with dangerous new technology. 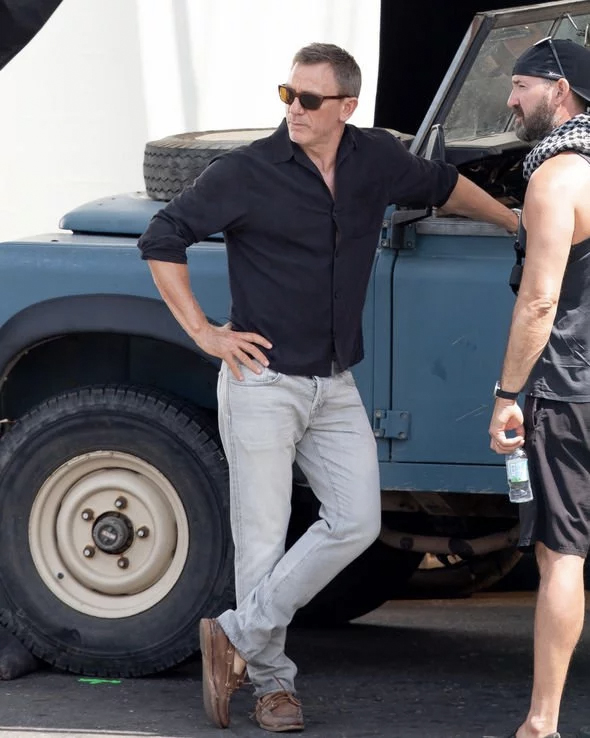 Behind the scenes of James Bond 25 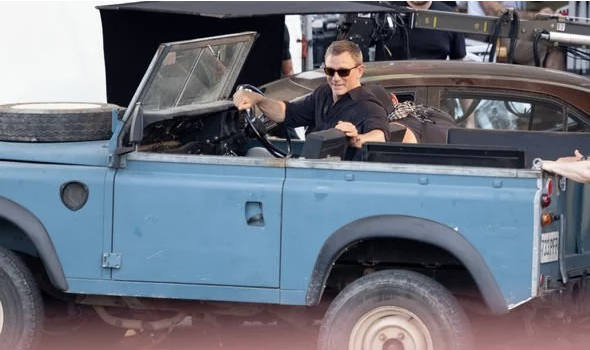 James Bond 25 is filming in multiple locations. This is Jamaica

Sounds like an old school James Bond plot which requires an old school James Bond Seamaster Professional Diver. While the picture is not idea, Omega’s Professional Diver enjoys highly recognisable aesthetic characteristics – from the two tone bezel with gold numerals to the wavy, textured dial, it’s a no brainer that the James Bond 25 watch is from Omega’s modern collection, descended from Brosnan’s quartz model and updated it with the Bien manufacture’s best innovation and design. 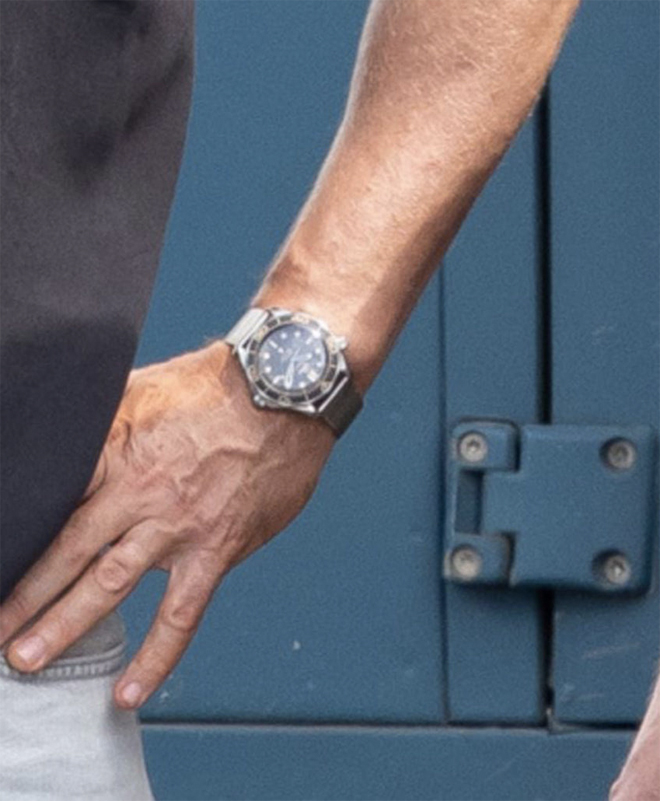 This 42 mm model is crafted from stainless steel and 18K Sedna™ gold, and includes a black ceramic bezel with a Ceragold™ diving scale. The dial is also polished black ceramic and features laser-engraved waves and a date window at 6 o’clock. The skeleton hands and raised indexes are 18K Sedna™ gold and are filled with white Super-LumiNova, while the helium escape valve has been given a conical design.

Driven by the OMEGA Master Chronometer Calibre 8800, visible through the sapphire-crystal caseback, it appears that Daniel Craig’s Bond has opted for a milanese or “shark mesh” bracelet instead of his character’s iconic NATO strap. Daniel Craig suffered a recent ankle injury on set which required surgery but like his iconic character, the determined Englishman is back in the gym and in fine shape. Suffice it to say, the man can take a beating, like his tool watch.