Van Cleef & Arpels celebrates celestial orbits by drawing inspiration from the historic tradition of planetariums with the Midnight Planétarium timepiece. 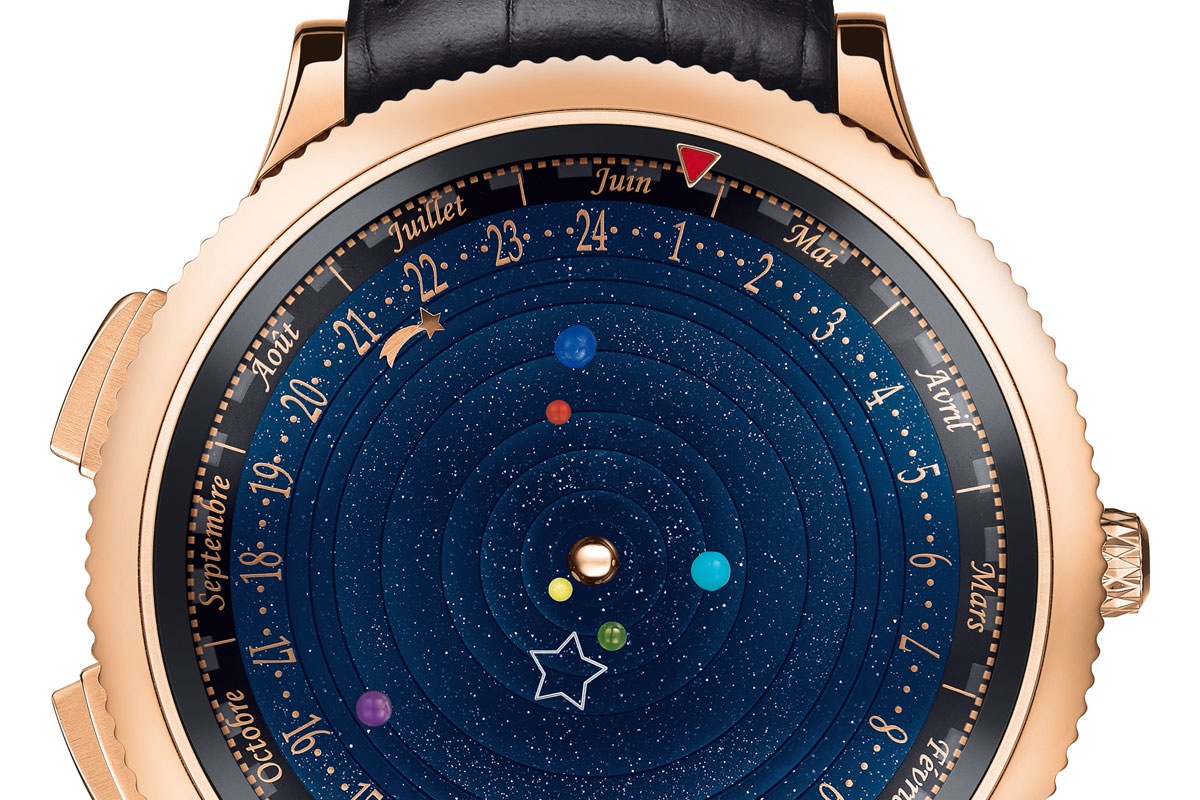 Jeweler and watchmaker Van Cleef & Arpels has decided to shoot for the stars with its latest design, the astrological watch Midnight Planetarium. The watch replicates the orbit of six planets — Earth, Mars, Mercury, Jupiter, Venus and Saturn — around the sun. The position of each of the planets at any given time is accurately represented on the watch face thanks to a complex mechanical system comprising 396 separate parts.

The movement of each planet is true to its genuine orbit — for example, it will take Saturn over 29 years to make a full circle of the watch dial. Mercury has the shortest orbit, circling the timepiece in just 88 days.

A pink gold shooting star moving along the outer edge of the dial is used to tell the time, whilst wearers can also set their own ‘lucky day’ by positioning a red triangle along the watch face’s calendar.

On that particular day, the Earth will skip to sit directly below a star engraved on a sapphire crystal — a sign of good luck. The planets have been created from a selection of hard stones: turquoise for the Earth, serpentine for Mercury, chloromelanite for Venus, red jasper for Mars, blue agate for Jupiter and sugilite for Saturn.

The Midnight Planetarium is part of Van Cleef & Arpels’s Poetic Astronomy watch collection, which the brand has been developing since 2008 through its Poetic Compilations and Extraordinary Dials ranges.