The Richard Mille RM 67-02 originally launched last year is introducing a trio of colours for its newest brand ambassadors. Each version offering a more subdued version of the incredibly light automated sports watch. High performance watchmaker Richard Mille is reputed for keeping close connections with many equally high performing world-renowned athletes, most notably Rafael Nadal. When the incredible Richard Mille RM 67-01 Rafael Nadal was launched (and sold out) in 2015, we had the chance to witness an ultra-lightweight casual watch withstand the punishing laws of physics, designed such as it was for Rafael to wear while he played professional matches. With that in mind, Richard Mille made the study of sports physics a foundation for their watch design.

Never one to back down from a challenge, Richard Mille sought to outdo their own featherweight RM 67-01and released the lightest watch in their product line up, the Richard Mille RM 67-02. an automatic watch that weighs a total of 32g. And now, to welcome the three new athletes to join their stable of top athletes, the Swiss watchmaker is introducing a trio of new custom variations of the RM 67-02, each representing the national colour of the ambassador – the black, red, and yellow version is for Germany’s currently third ranking tennis star on the ATP Alexander Zverev; the Quartz TPT-cased white model is for the French skier Alexis Pinturault; and the full Carbon TPT version, on a blue strap, is for Sébastien Ogier, a five time World Rally Champion who also hails from France. 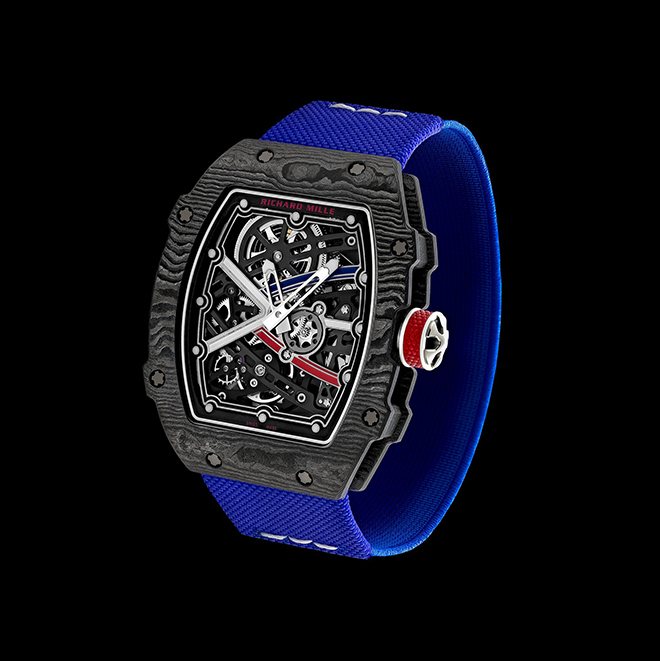 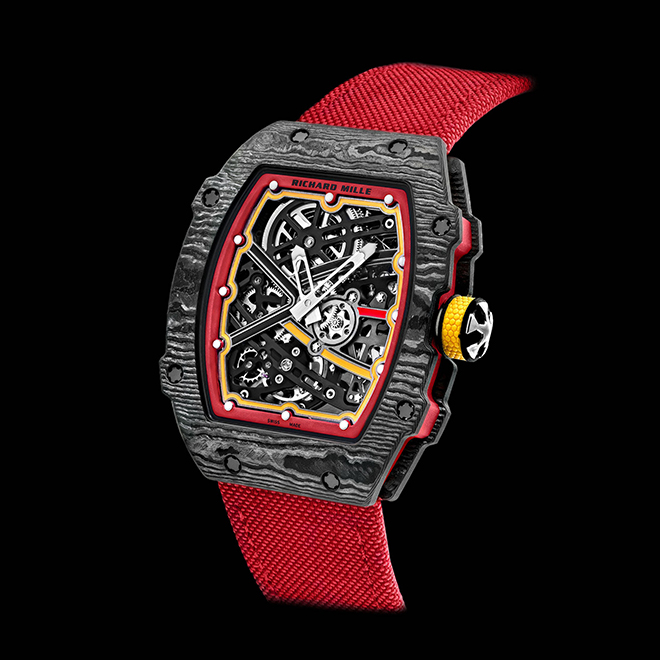 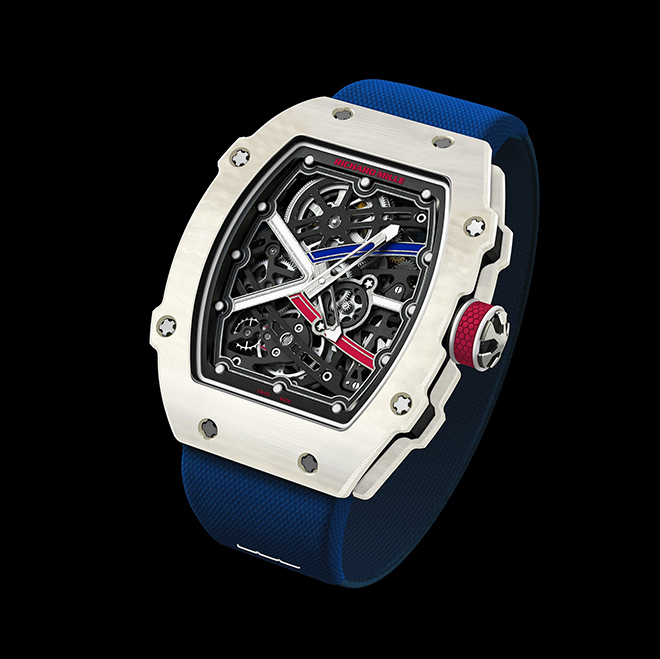 Just as the predecessor RM 67-02, the three new editions of the RM 67-02 are equipped with a titanium movement and special seamless elastic strap – another secret contributing to the lightweight construction – the newly colourised Richard Mille watches are powered by the mechanical CRMA7 calibre, which is housed inside a 38.7mm wide case made out of ultra-light, strong carbon quartz TPT and secured by screws made of grade 5 titanium. Each of these new RM 67-02 editions is individually priced at US$120,500.

While many watch brands are indulging vintage-inspired designs, the relatively young Richard Mille embodies the take on the modern endeavour of bold and tech-forward watchmaking. The association with strong contenders in the sporting field can prove that the Richard Mille RB 67-02 is not to be taken as lightly as it wears.