Tag Heuer teams up with Google and Intel

Swiss luxury watchmaker Tag Heuer is to launch an Android-powered smartwatch in partnership with Google and Intel. 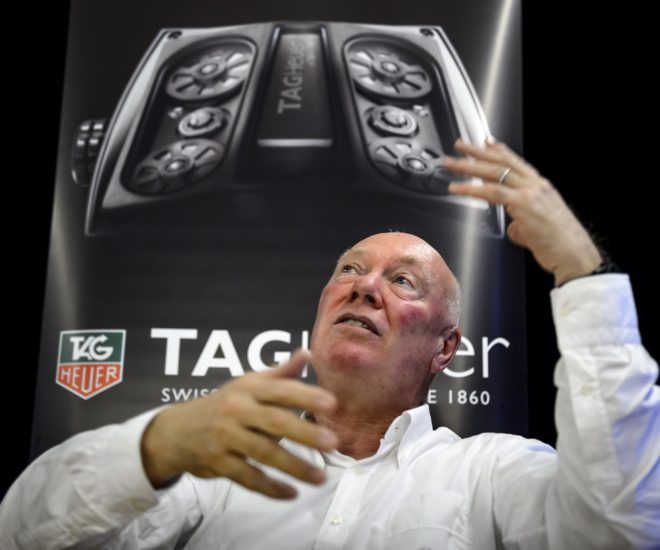 Swiss luxury watchmaker Tag Heuer is to launch an Android-powered smartwatch in partnership with Google and Intel.

The watch, which aims to combine Swiss watchmaking know-how with high-end technology, is expected to hit stores by the end of the year, Tag Heuer chief Jean-Claude Biver told the Baselworld watch fair.

“Silicon Valley and Switzerland are going to conquer the market of the connected watch,” he told a press conference at the world’s largest trade show for timepieces, in the northern Swiss city of Basel.

Biver did not reveal how much the watch would cost or which functions it would feature. “We don’t want the competition to know what we are going to do,” he said. “We want them to be surprised.”

This partnership “signifies a new era of collaboration between Swiss watchmakers and Silicon Valley, bringing together each company’s respective expertise in luxury watchmaking, software and hardware.”

Guy Semon, TAG Heuer general manager, added that when renowned Swiss watchmaking “is allied with the creative technology and the global power of two companies like Intel and Google, using the Android Wear platform and based on Intel technology, we can see the launch of a technological revolution in our industry.”

David Singleton, head of engineering for Android Wear, said Google was “thrilled” with the project, telling the news conference the three companies were ready to “a better, beautiful, smarter watch.”

“The collaboration with TAG Heuer and Google brings us closer to realising the vision of wearable technology with a distinctive smartwatch that elevates the category,” said Intel’s Michael Bell.