Junghans relaunches its Meister Pilot collection this year, keeping intact much of the attributes that made the original such a classic. 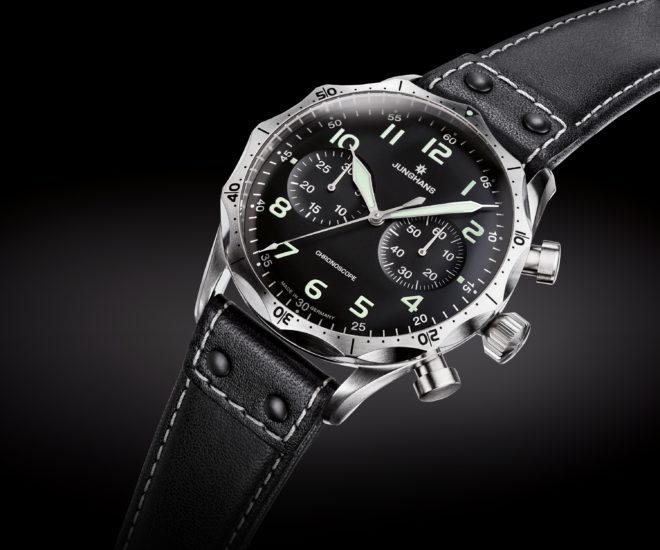 In 1946, Junghans developed its first wrist-worn chronograph using its manual-winding J88 movement. The timepiece entered the service of the German armed forces and became available to civilians only about one and a half decades later. Unfortunately it did not become as well-known to the masses as some of its counterparts from the same era.

For the collector who was too young to acquire this watch first hand, and too impatient to wait for a pre-owned one to resurface, Junghans has launched a reissue version. Here’s the Junghans Meister Pilot – a 43.3mm self-winding chronograph that measures elapsed time of up to 30 minutes with its Dubois Depraz module. The new watch’s mechanical beating heart may be a modern one, but its design harks back to days of yore in numerous ways. Note, for example, how the bi-directional rotating bezel has 12 concave notches for better grip, just like the original

This Meister Pilot is water resistant up to 100m, thanks to the use of a screw-down case back, which is decorated with a compass rose engraving. It also uses a sapphire crystal with anti-reflective coating on both sides for clarity. A riveted leather strap seals the vintage pilot look