Hermès Introduces Leather Marquetry to Its Stream of Traditional Handcrafts

As all things leather, it is a natural environment at the house if Hermès. Leather Marquetry might just be a new category of Metiers d’art that is true to the house DNA. From saddle-making to bags and accessories, leather-crafting is a skill mastered by Hermès since its earliest days. Its unrivalled artistry and creativity in leatherwork dominated the industry with It-bags that were created, launched and thrived – never to look back. Not too long ago, La Montre Hermès, the watch counterpart of the Parisian maker of Kellys and Birkins, took their leather-making expertise to combine with the art of watchmaking to create two beautiful objet d’art. 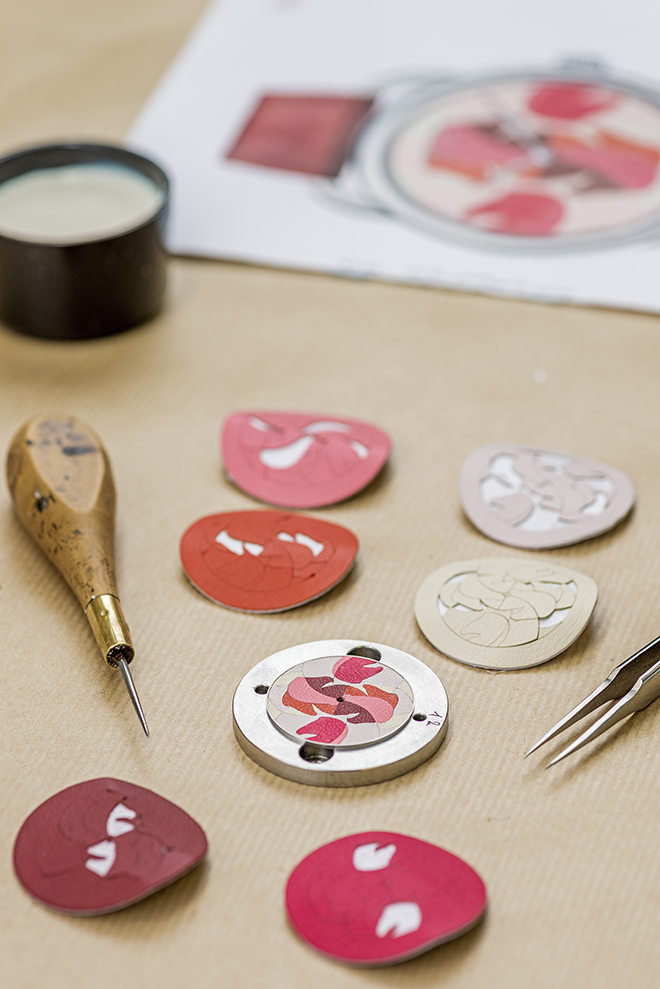 Enter leather marquetry, a technique seen on many luxury leather houses of late. While fashion houses such as Loewe and Moynat are using this technique on accessories for handbags and furniture, Hermès took on a more challenging task of using leather marquetry on the confines of a 41mm watch dial.

The technique requires meticulous efforts by the artisans to thin, cut and assemble pieces of leather onto a metal plate, reduced to the format of a round case. In leather marquetry’s debut in watchmaking, Hermès Kept in mind its equestrian profile by playing with calfskin leather of mere 0.5mm thickness to create an abstract silhouette of a horse. This micro-leatherwork creation is then finished with a white gold Arceau case. The Arceau Cavales comes in two colours – Hermès Red and Indigo Blue, each produced in a very limited quantity of six. 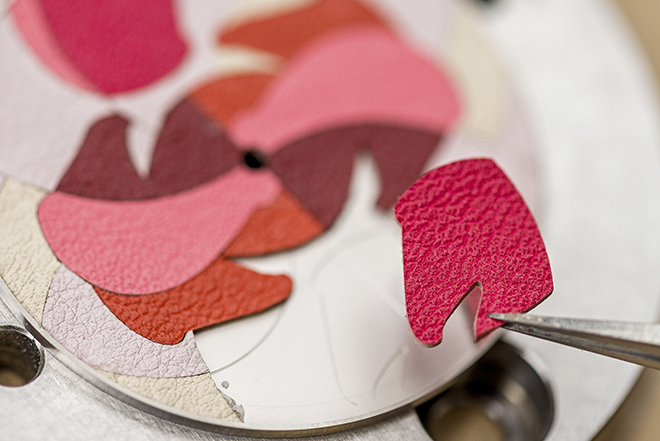 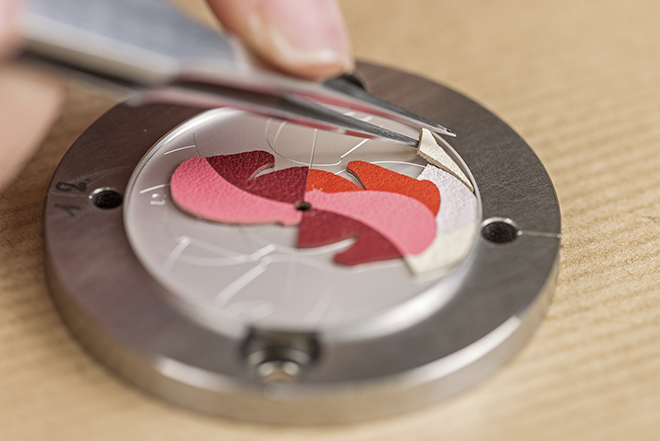 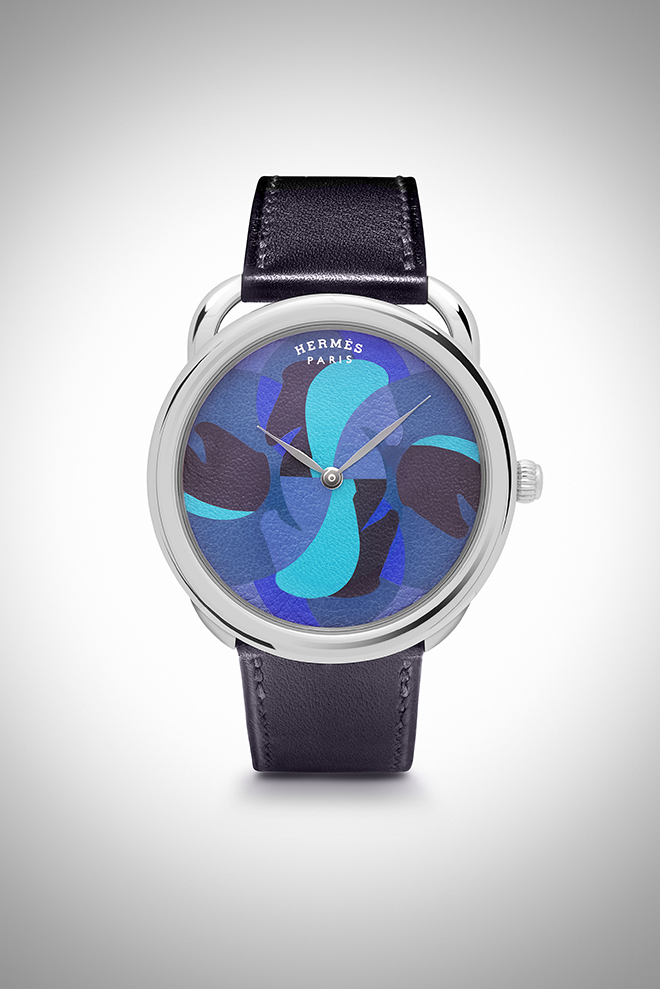 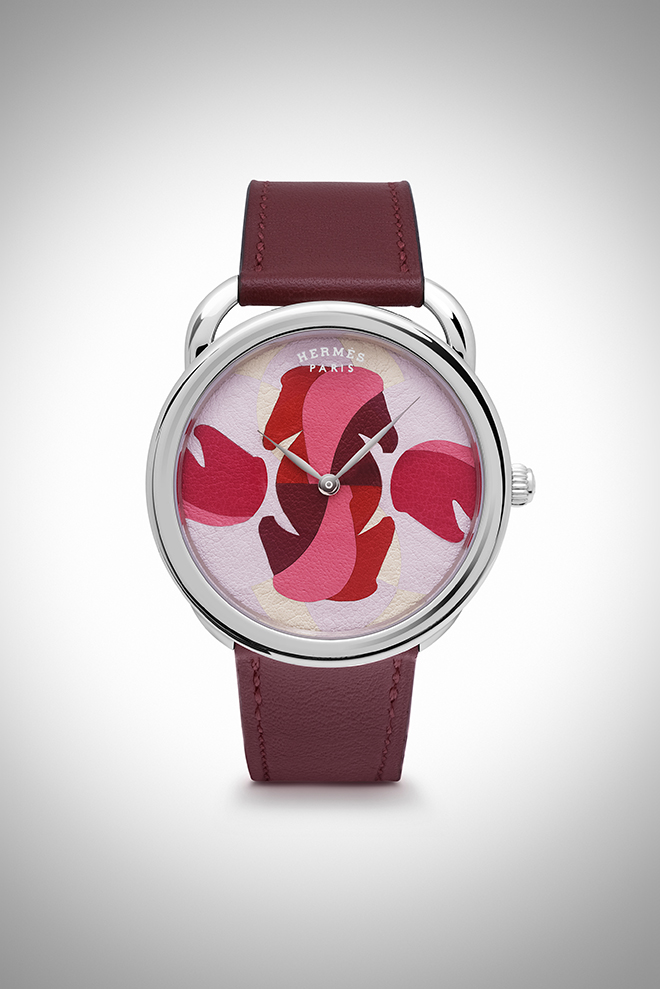 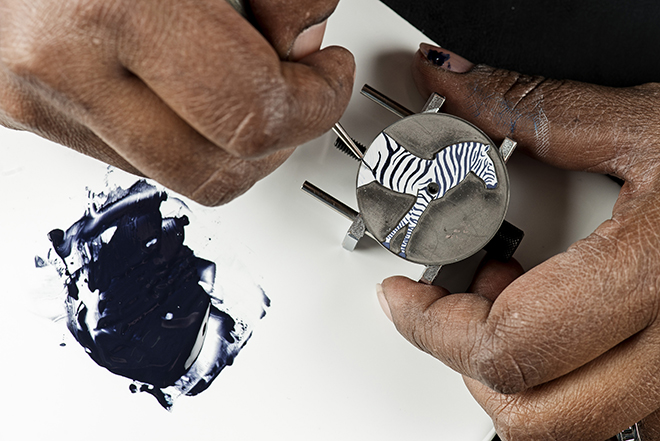 For the Slim D’Hermès Les Zèbres de Tanzanie, Hermès juxtaposed leather marquetry with traditional champlevé and enamelling, a refreshing combination as a first to the house of Hermès. This is yet another painstaking process where the dial base is hollowed out to form the outlines of the zebra, in which the enamelling technique will be applied. After layers of painting and fusing is when leather marquetry is applied. Hand-cut strips and pieces are carefully arranged to form zebra prints around the rest of the dial.

The result is a stunning watch piece depicting a 2010 painting for Hermès by a French painter Yves-Marie de Malleray. Limited to only 12 pieces, this piece of art is slightly pricier than the Arceau Cavales due to the complication in handcrafting techniques. 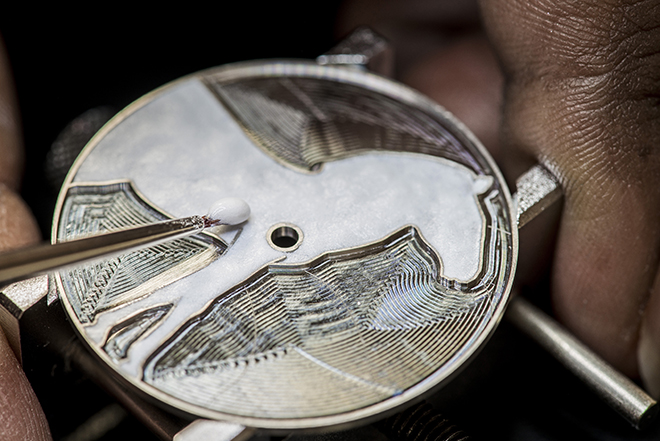 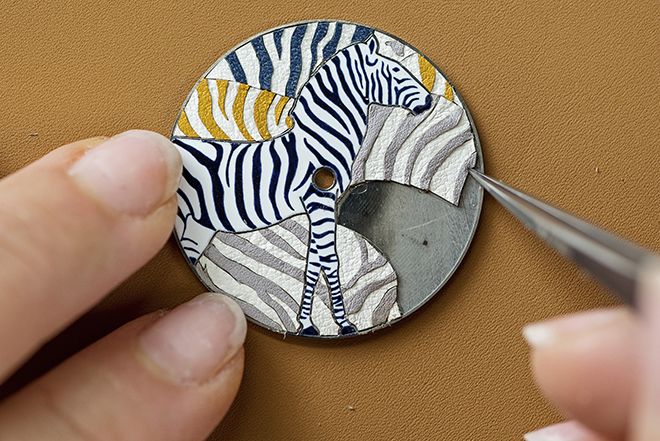 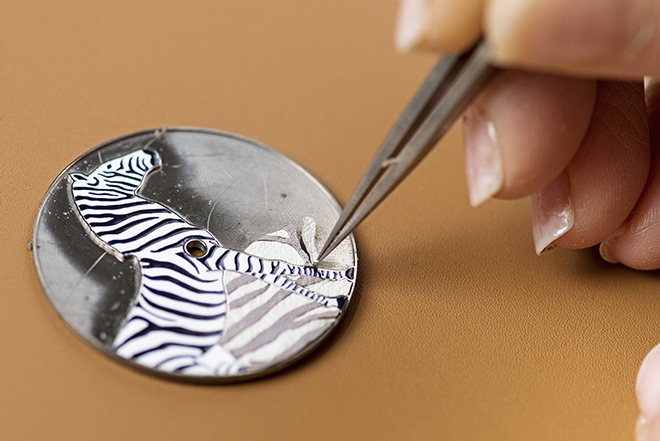