Best known for his pioneering work on photochromic fabrics, Morinaga’s Rado True Shadow casts light on the duality of perspectives The True Shadow is the fourth in a series of six watches where Rado collaborates with today’s up and coming modern designers across multiple genres. Today, we consider at the work of Kunihiko Morinaga.

There’s a little known but cerebral saying, “the brightest lights cast the darkest shadows”. On the surface, a superficial observation on the physical phenomenon of light. On a deeper, more poetic level, there’s the connotation that there’s duality of positions if one bothers to properly consider statements, products or even events beyond the surface. In working with Japanese fashion designer Kunihiko Morinaga, Rado has created the limited edition True Shadow, a watch which adopts the designer’s intelligent and technologically literate work and combines it with the heritage wheels and gears of classic watchmaking. Best known for his pioneering work on photochromic fabrics, the 37 year old Morinaga believes in the both the scientific and humanist perspectives of technology, in combining the relationship of the two occasionally opposing viewpoints, he has realised fashion collections which defy classification: they may be garments for daily wear but when hit by light or decorated with signature Morinaga optical illusions, your perspective of the garments alter – as with his “Colour” collection which saw models in a series of white ensembles bathed in UV lights to amazing effect. With Rado, Morinaga brings his unique sensibility and philosophy to the True Shadow.

In bright sunlight or UV source, the dial of the Rado True Shadow darkens, hiding the skeleton movement beneath in a cloak of shadow. But as the harsh sun recedes, so does the darkened dial, slowly revealing the ETA C07.631 automatic calibre and its beating heart.

“The idea was to add colour and to take it away, I tried to capture the ‘floating’ essence of time in the design of a watch by using a photochromic lens that changes colour based on UV light.” – Kunihiko Morinaga

The Rado True Shadow, built from Rado’s signature material, polished high tech ceramics is joined by an equally high concept execution – photo chromatic or photo catalytic technology – the process by which previously transparent crystal can turn opaque when bathed in specific spectrums of light. Here, the shiny midnight black surfaces of the True Shadow are joined with duality of Morinaga’s design philosophy – making things visible that were originally invisible. 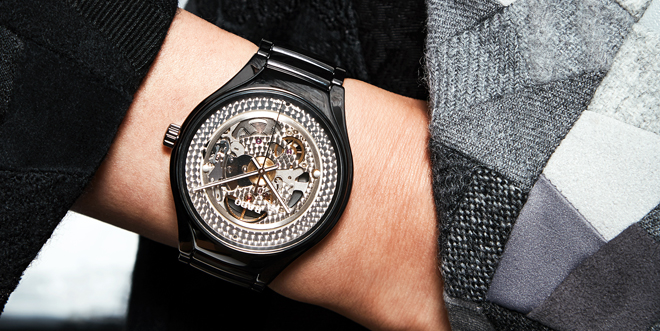 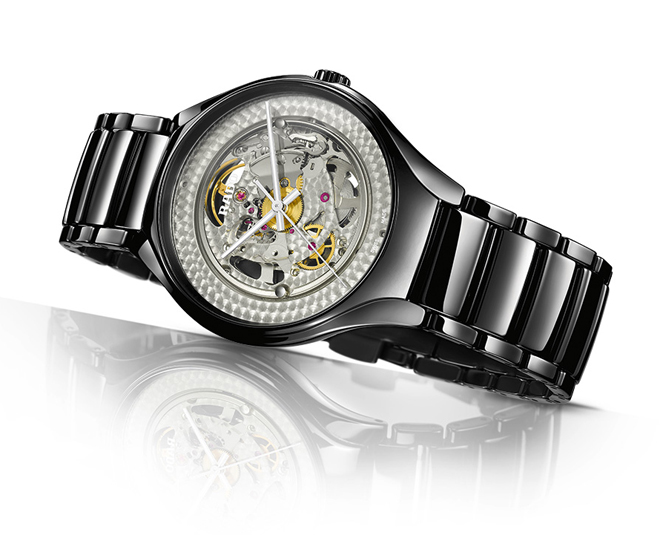 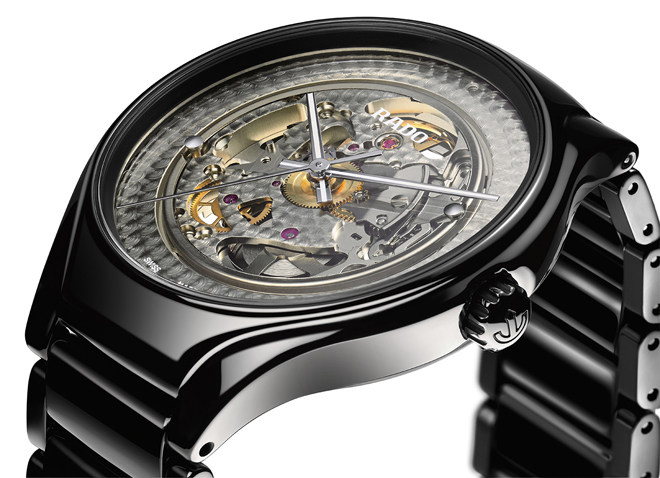 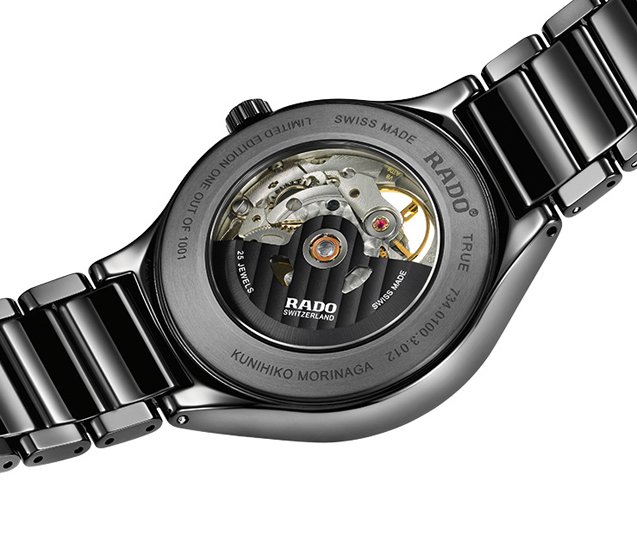 “Kunihiko Morinaga is a brilliant designer who isn’t afraid to experiment, his work with innovative materials is pushing boundaries in the fashion world, and Rado is proud to have transferred his vision into watchmaking with the new True Shadow.” – Rado CEO Matthias Breschan

Indeed, the winner of the Gen Art Avant-garde Grand Prix award and the 29th Mainichi Fashion Grand Prix has often been incorporating science and tech into his designs to great poetic effect; after designing a signature collection of phone signal repelling garments, the twin faces expressed in the Rado True Shadow display a deft understanding of our human experience – the confusing intuitive and psychological nature of mankind – we want objects of beauty laid bare and open, but only for our own private eyes. With the Rado x Kunihiko Morinaga True Shadow, we get to enjoy both. The Rado True Shadow designed by Kunihiko Morinaga will be available at:
Rado Boutique, Marina Bay Sands, #B1-86
Price: SGD 2,960