The year in new watches is over, but we are not quite done with the novelties of 2019. These eight watches will take some time to build an audience, even though some are key highlights for their brands.

Committed and casual readers alike will have noticed that we skipped the traditional best-of list in our Festive issue; the team pivoted hard in that direction in 2018 and we did not change tacks on a whim. The field is simply too crowded, and the selection of superlative novelties feels tired, especially after a year of running curated lists that all but do the same thing. Instead, in this new transition issue – given the state of new releases and the dates of the (now cancelled) watch fairs – we want to celebrate watches we have not spent enough time with. Some are underdogs while others are simply slow-burners that will take years to light their own patch of horological space. Excluding Rolex and Patek Philippe, because nothing from these manufactures is really low-key, the following eight watches caught our eye as the unsung highlights of 2019.

Ok, that is a bit much, but some of these are really the sorts of watches that might do good business but that the news cycle will never return to. None of these will probably achieve the amazing success of the so-called Rainbow Daytona, which was a sleeper hit that continues to reverberate across watch brands at all levels. Our selection also excludes high complications because that would be too easy. Watches covered multiple times in 2019, as well as those playing significant roles elsewhere this issue are also excluded. These include the Roger Dubuis Blacklight and the Gucci Grip, both of which are doing a better job of promoting the idea of the unisex watch than certain other high-profile numbers from haute horlogerie royalty.

Major facelifts before 2019 that are making an impact now are also out, which means the Breguet Marine collection cannot be included. For the record though, we want to make our support for the new titanium bracelet models, with redesigned lugs, and distinctively decorated dials known. This collection was already a winner for Breguet in many markets before the revamp, and we hope it does well in its current form. 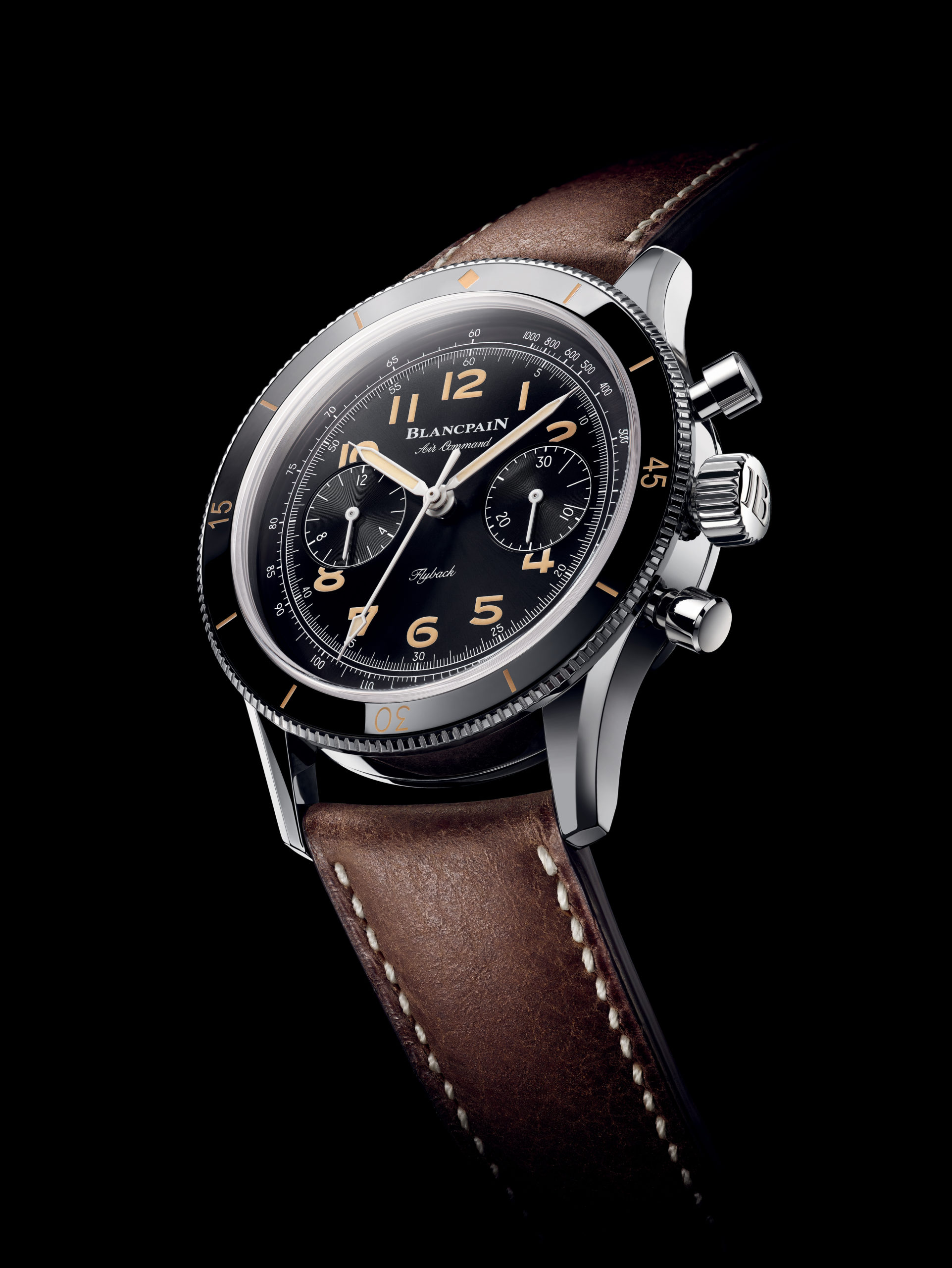 Like some other watches on this list, this one is in genuine danger of being sidelined by its own older siblings. It is certainly Blancpain’s standard-bearer for the year so the direction is correct. On the other hand, those pesky market forces have raised the profile of the Fifty Fathoms, and there is no telling how long or far this collection will ride the wave. We give the Air Command another turn in the spotlight in our Kick Out the Jams spread, but in reality that only happened because someone had bought the Fifty Fathoms watch we wanted to shoot! For the Air Command, this former ‘phantom’ watch seems like it could become an insider’s secret yet again. Like a number of watches on this list, that would be a shame for the rest of us because the new Blancpain calibre F388B makes for a pretty impressive chronograph. 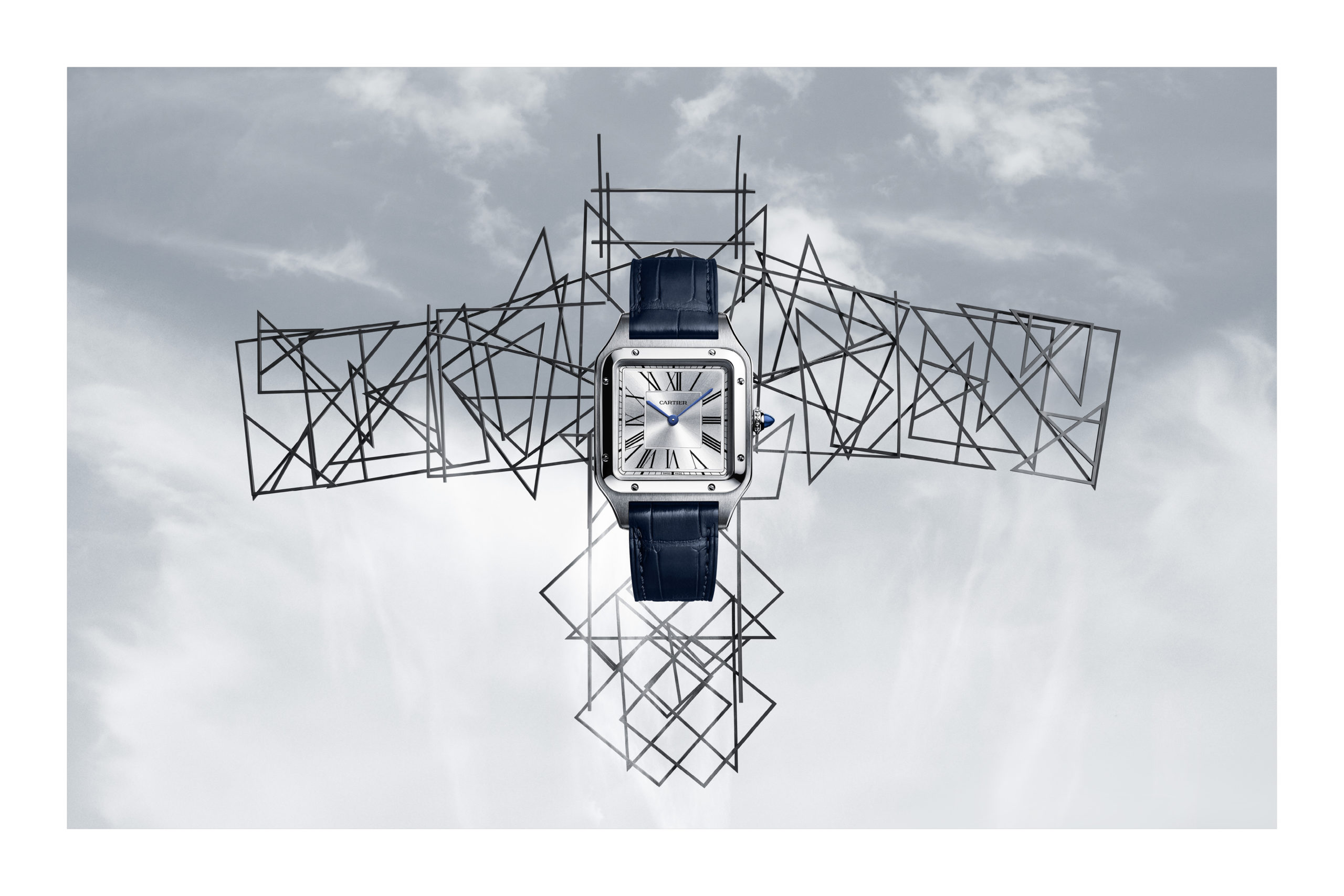 The only out-and-out men’s watch from Cartier this year, the Santos Dumont must officially be the most popular model for 2019! In all seriousness, there are two reasons why this should be so. The version in steel was the first such watch in the history of the collection, right back to the production models of 1911. Secondly, it was powered by Cartier’s high-autonomy quartz calibre, not the ultra-thin movement some expected. These factors might upset some collectors, and indeed probably did, but they are not the target audience. Both the material and the movement choice make this the ideal option for someone looking to begin a journey in wearing watches of distinction. More and more people are wearing time on their wrists again, so this watch is a great investment in the bright future of fine watchmaking. 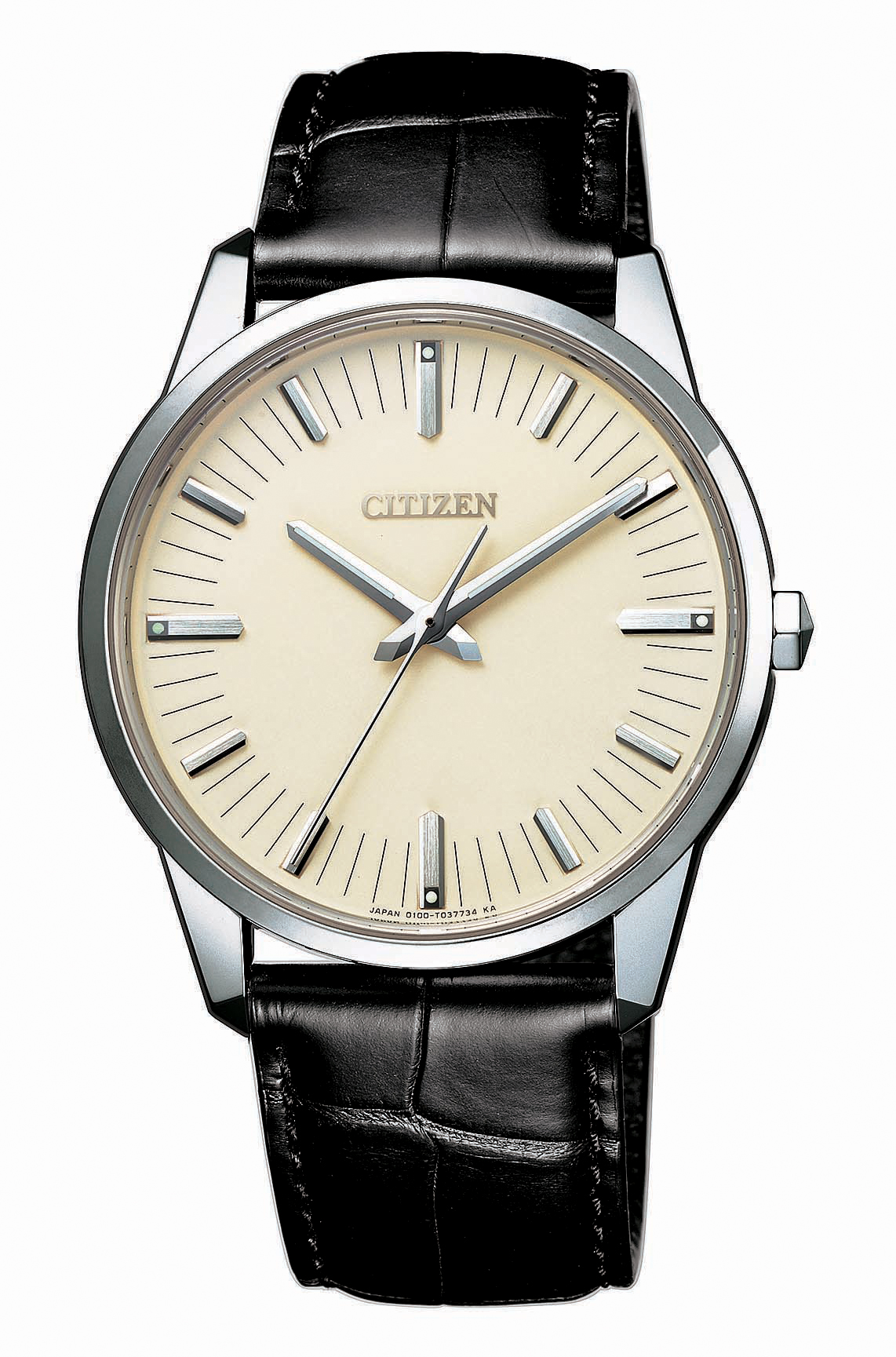 We encountered this watch at BaselWorld last year, and it inspired us to take an in-depth look at escapements. This is even though the calibre here is not mechanical, which explains why it can be accurate down to an incredible +/- 1 second a year. Our Associate Publisher Kelvin Tan correctly identified this as one of the key highlights of 2019 in issue #53, but we did not have the pages to return to it the rest of the year., There were actually three different watches sporting the new Citizen Calibre 0100, and all are currently flying under the radar. This is unsurprising given that none of the three watches is in an easy price category, putting them in serious competition with traditional mechanical watches, as well as Spring Drive. 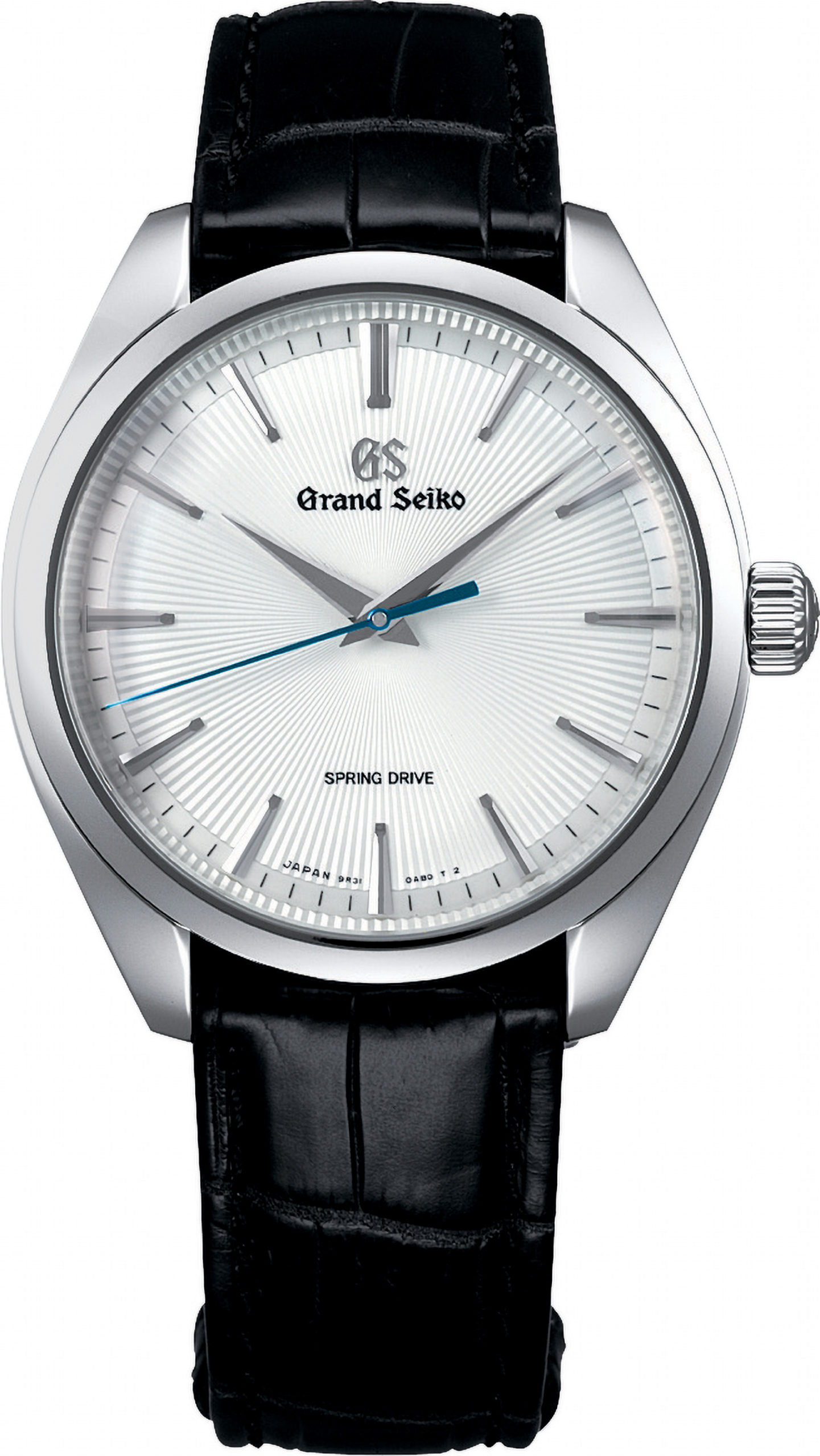 There are three other watches in this series, all of which draw more attention than the steel SBGY003. While there are certainly plenty of excellent Grand Seiko watches to select from – too many even – this one makes the case most clearly that Grand Seiko offers watches of incomparable quality. While collectors of a certain calibre like to think of Grand Seiko as their worst-kept secret, Seiko clearly wants more, which is why the Grand Seiko brand identity exists. Indeed, the SBGY003 shows that Grand Seiko certainly deserves more. This one was contributing editor Jonathan Ho’s Best-of-BaselWorld selection, and we were all very excited by the subtle connections between this watch and the Seiko Presage, and the build-quality here. We still are. 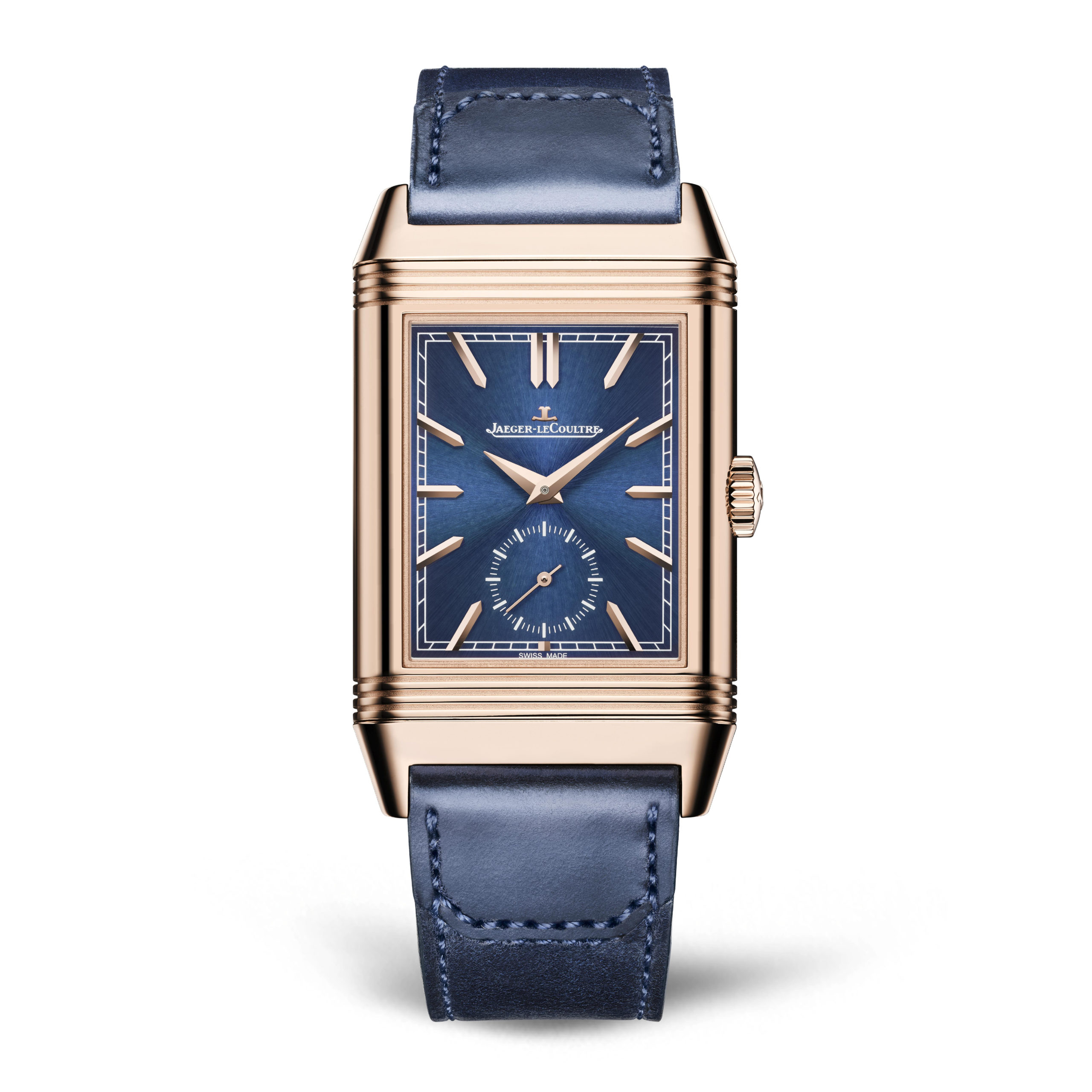 One of the most beautiful form watches on offer this year, the Reverso Tribute Duoface hits a new high in the Fagliano limited edition. Of course, the Duoface is not a limited edition nor is it new for Jaeger-LeCoultre. Like the Santos, the Reverso is one of the go-to form watches, and the Duoface is one of the world’s leading dual time zone watches. Even magazines such as this one are under the Reverso spell – we did consider it for the form watch story this issue but it is not a square watch so we demurred. In any case, if you wanted a Reverso that also marked the 88th anniversary of the model, you could not have done better than the Tribute Duoface. It is not a limited edition so you still can. 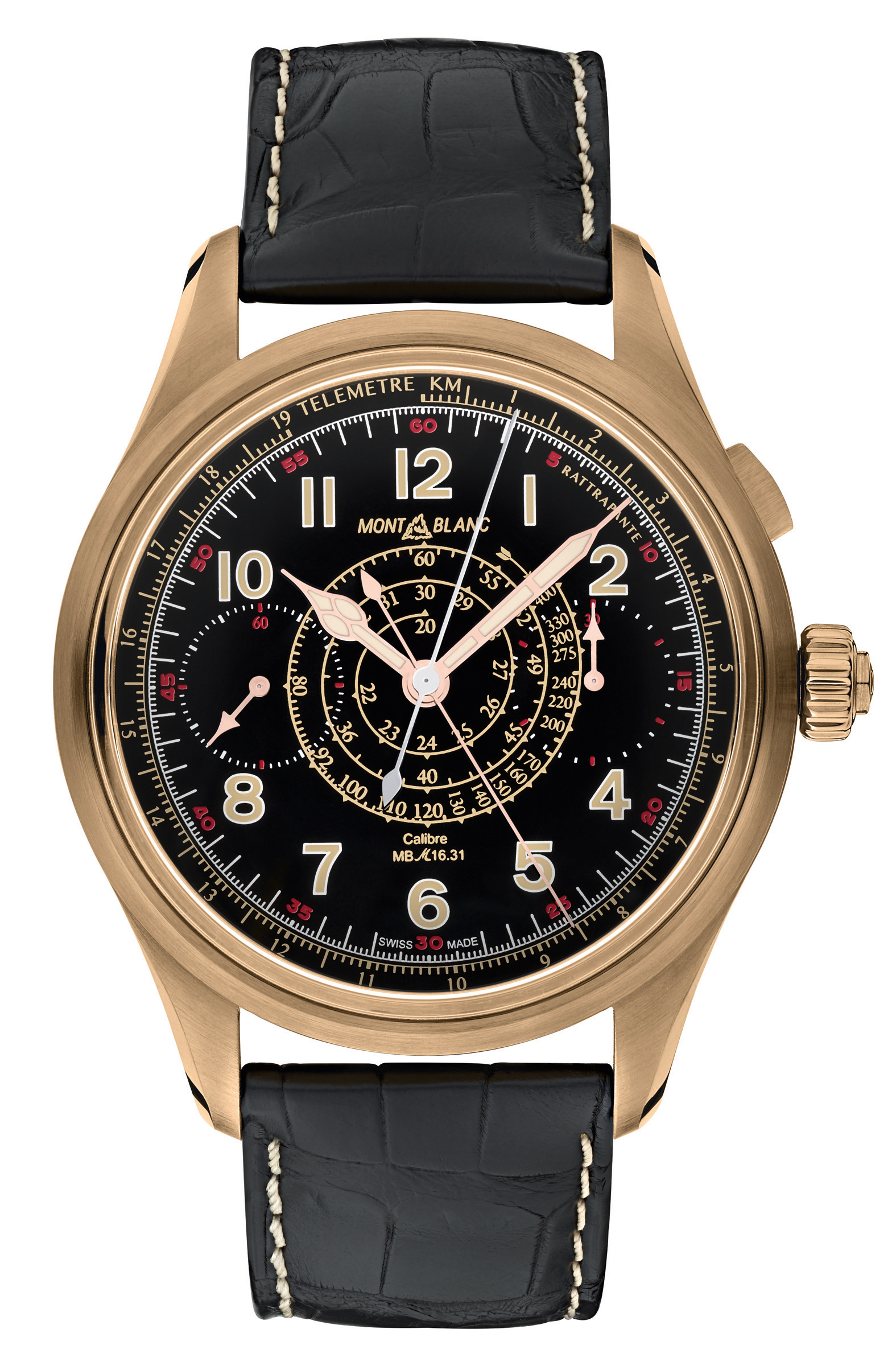 This is as close to haute horlogerie as the watches on this list get, depending on how one sees the split seconds chronograph complication. Its inclusion here also serves as an apology for listing it previously as a split seconds chronograph, which is our house-style in naming conventions. It is indeed the 1858 Split Second Chronograph. Its virtues actually extend far beyond its complication, which is done in a very distinctive way too. The finishing will stand up to scrutiny even against the very best in the trade. The 44m watch is cased in bronze, a material that is finally going mainstream. It is also limited to 100 pieces worldwide so exclusivity is guaranteed. 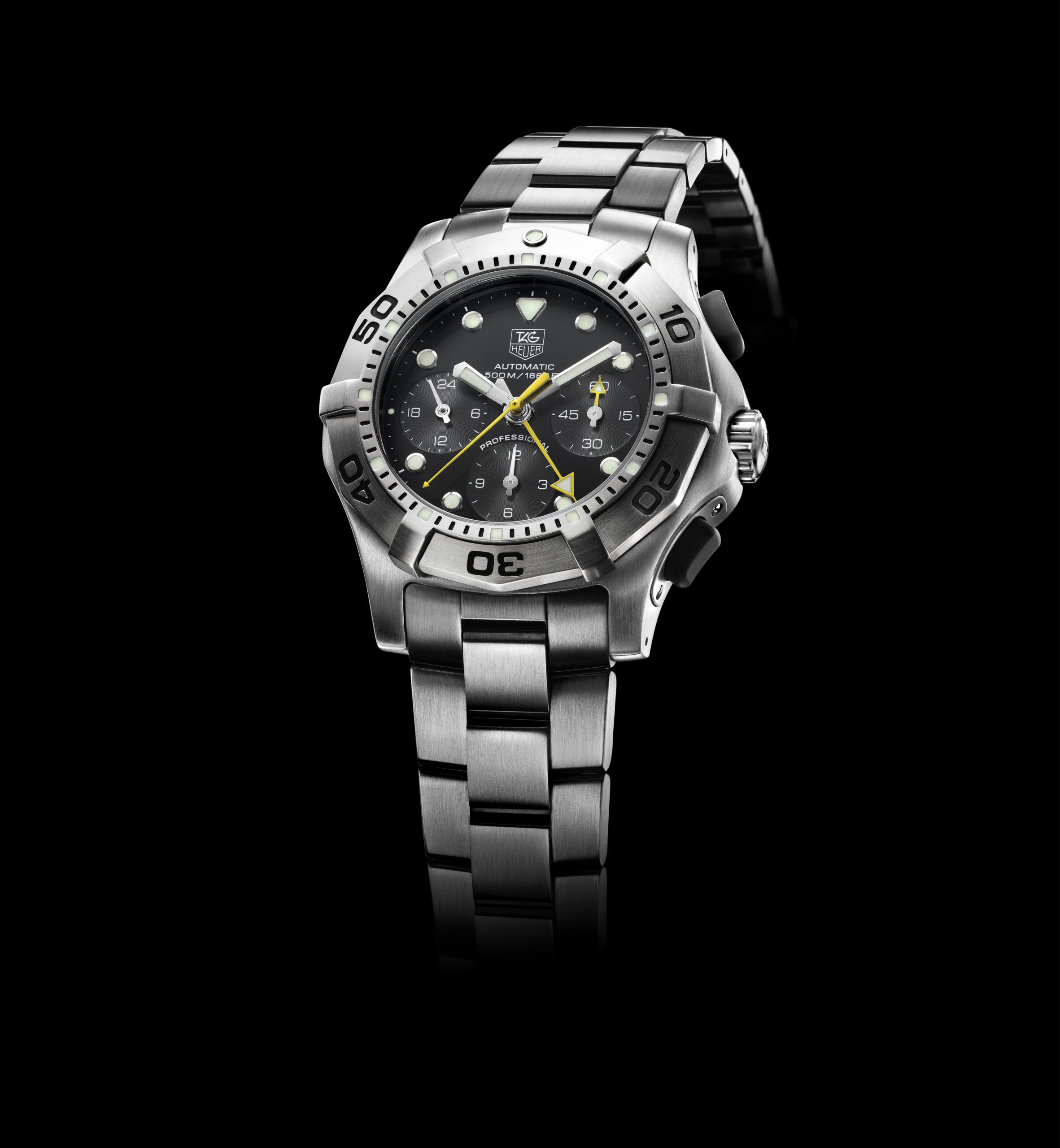 If there is one collection from TAG Heuer that never receives its due it must be the Aquaracer. Our own coverage skewed heavily towards the Autavia and the Monaco in 2019, for obvious reasons. Most of the advertising running in our magazine has been the same, along with the Carrera. Looking at watch coverage overall last year, these models all got more attention than the Aquaracer. Well, it may surprise you to learn that the Aquaracer has been a steady performer for the brand, despite all this. The brand’s own website lists several Aquaracer models as bestsellers, and no not every collection gets this treatment. While the market does not always know best, the popularity of this collection demands serious consideration. There’s an entire collection to choose from, ensuring that there is something for everyone.