50 years anniversary of the TAG Heuer Monaco at Baselworld 2019

Celebrating 50 years of the TAG Heuer Monaco, the La Chaux de Fonds manufacture launches a book that captures the history and spirit of the unlikely icon just before Baselworld 2019 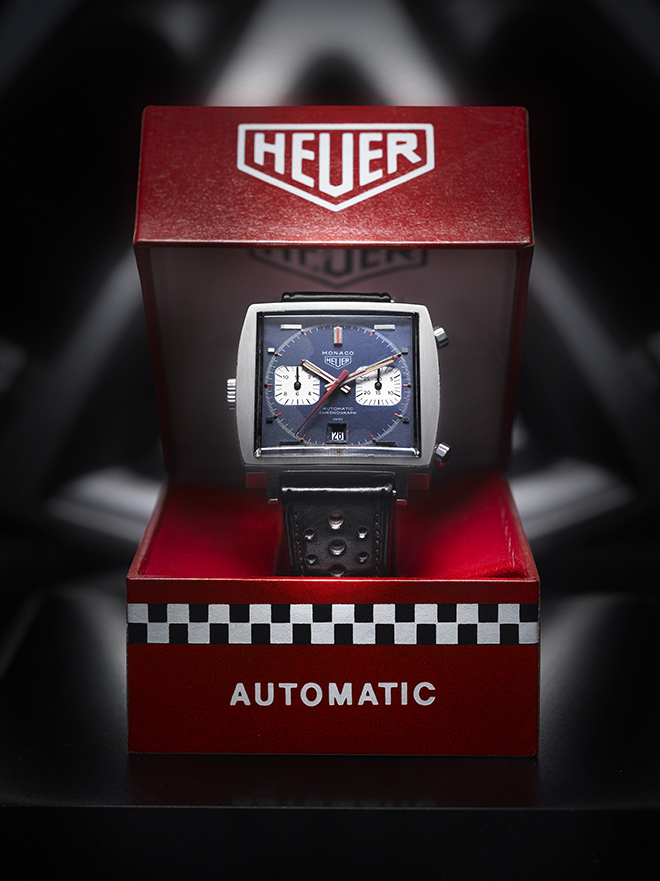 The Heuer Monaco was a square watch in an ocean of round timepieces. While then CEO Jack Heuer was not convinced with the case shape, he understood the importance of a revolutionary design for a groundbreaking automatic chronograph calibre

Launched simultaneously in New York and Geneva on 3 March 1969, the Heuer Monaco was a revolutionary if avant garde timepiece. Because of its unique form factor, the TAG Heuer Monaco was ahead of its time. The Monaco was a square watch in an ocean of round timepieces, growing to critical acclaim for a niche group of modernist watch connoisseurs but not the mass market.

“We wanted to create an outstanding and innovative product, something avant-garde, When I saw the square case, I immediately knew it was something special. Until then, square cases were only used for dress watches because it was not possible to make them water resistant. We went forward with this unconventional design and negotiated the exclusive use of this revolutionary case for the Monaco wrist chronograph.” –  TAG Heuer Honorary Chairman Jack Heuer 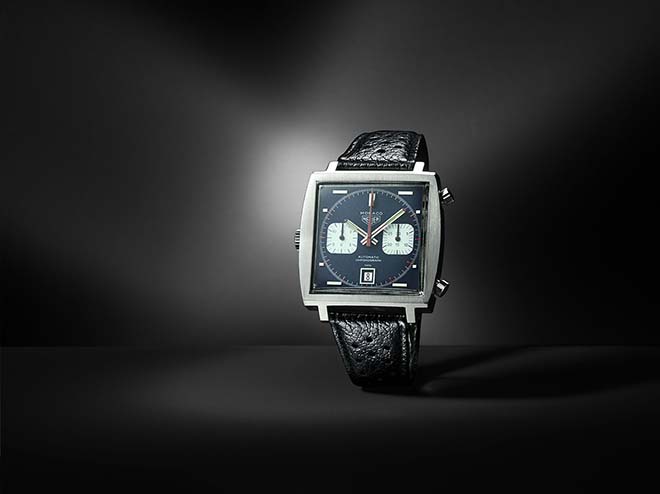 50 years of the TAG Heuer Monaco at Baselworld 2019

While it is fitting that 50 years ago, the world’s first automatic chronograph developed by the triumvirate of Heuer, Breitling and Hamilton was ensconced with a radical square case with a left-hand side crown; it’s important to note that then CEO of Heuer, Jack Heuer, was not really a fan of the watch’s design, but what he believed in was that a groundbreaking innovation like the world’s first Swiss automatic chronograph required a design that would demand equal attention and the Heuer Monaco did exactly that.

It was the kind of Techniques d’Avant Garde which Heuer already expressed before its acquisition by TAG. This historical synergy was further enhanced by the chance allocation of one of the few existing Heuer Monaco chronographs to be allocated to rebel Hollywood star, Steve McQueen. 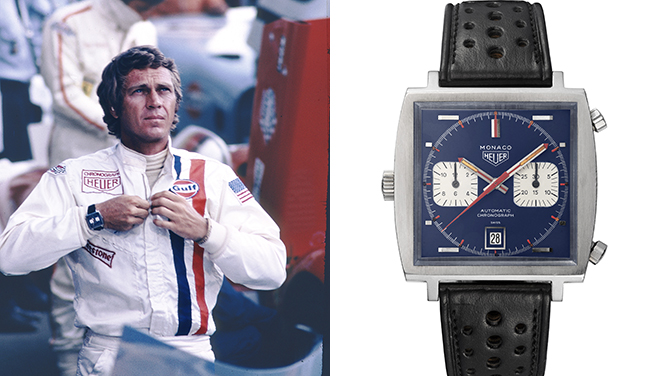 Even then, placement of the TAG Heuer Monaco on the wrist of Steve McQueen was not fiat accompli. Don Henley, property master of “Le Mans”, had a selection of chronograph wristwatches for Steve McQueen to pick from. Given that it was the 70s, the competition was between five possible brands (who were equally famous for chronographs) and as fate would have it, McQueen picked the Heuer Monaco for his racing alter-ego Michael Delaney. This was a brand, already well recognised in the world of motorsport, entering the realm of popular culture and mass awareness with one of the most seminal racing films in movie history. Monaco “Dark Lord”, over 30 years before PVD and DLC treatments from ateliers like Bamford Watch Department were on trend

Over the intervening decades, the TAG Heuer Monaco would receive technical and aesthetic updates. Long before the days of PVD and DLC treatments and the modern collaboration with Bamford, the Monaco chronograph was available in a black anodised case. The Dark Lord, as it was then called, is a testament to the brand’s foresight and thus, is highly coveted by collectors today.

The Heuer Monaco: 50 Years of Evolution

“To me, the Monaco is a door to the TAG Heuer brand. It’s a piece that catches your eye and invites you in. Many collectors start with the Monaco and are then drawn into our world, eventually finding another collection to focus on, but always cherishing the piece that started it all.” – Catherine Eberlé-Devaux, TAG Heuer Heritage Director 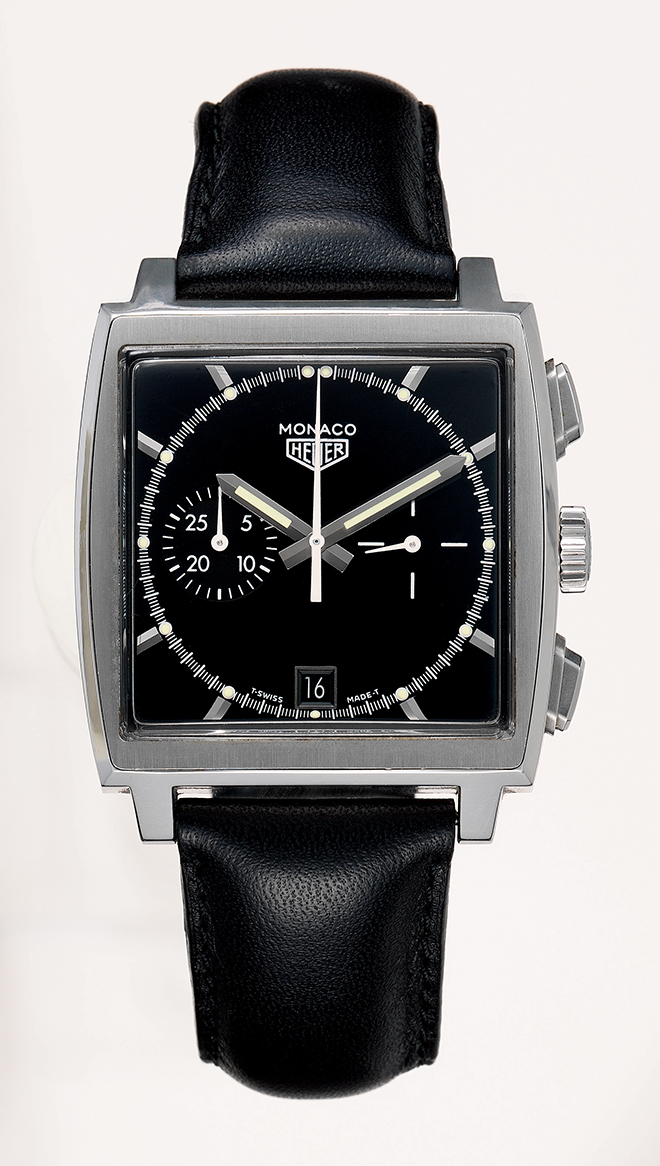 Heuer became TAG Heuer in 1985, and, in 1998, the Monaco’s story continued with a relaunch model inspired by the original and its modern history allowed TAG Heuer the most expressive canvas: The first of the re-editions, an attractively clean, black dial, twin subdial model with minimalist aesthetics – the limited edition TAG Heuer Monaco CS2110 with a 5000 piece production run.

As vagaries of popular trends of the 2000s would have it, TAG Heuer soon followed up with a three-register “tri-compax” chronograph edition with the CS2111. Over the last 20 years, the TAG Heuer Monaco would see revolutionary updates including a never-before-envisioned calibre inspired by motorsports itself – the Monaco V4 and in 2014, even a V4 Tourbillon. 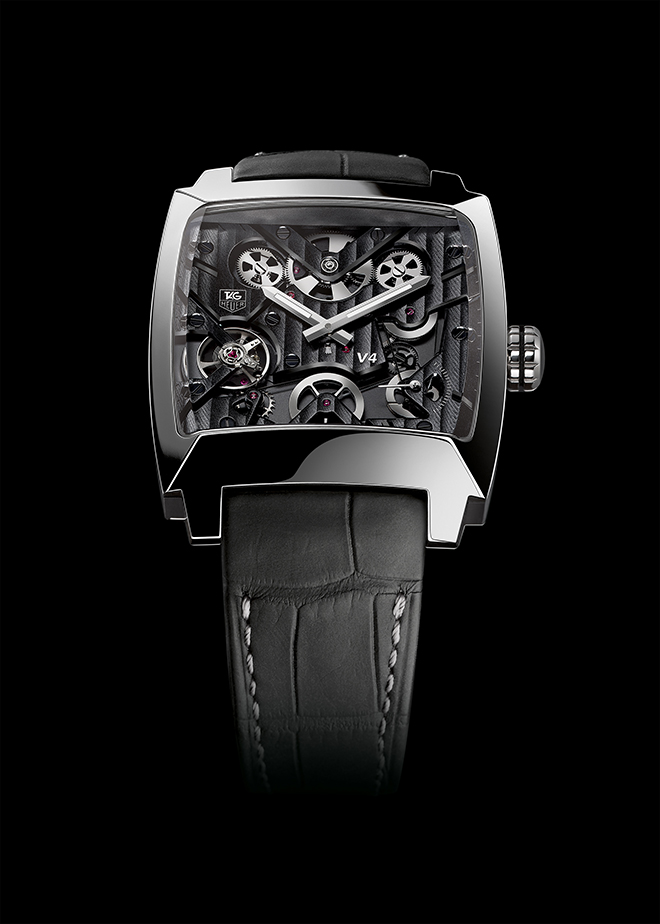 The Monaco V4 bears a calibre which has never been attempted by someone else. It is the world’s only belt transmission calibre

Introduced in 2004, the V4 has a collaboration of the some of the finest minds in watchmaking and the TAG Heuer Monaco v4 remains the only movement which eschews a regular gears and pinions for power transmission, relying instead on micronised polymer belts, mimicking a car’s belt drive. Even the automatic winding rotor has been abandoned for something which looks akin to an engine cylinder rather than an oscillating rotor – a weight on a linear track set in a configuration of four barrels mounted on ball-bearings that were designed to look like the cylinders of a Formula 1 car engine. In 2015, this technology became available for less in the Monaco V4 phantom. 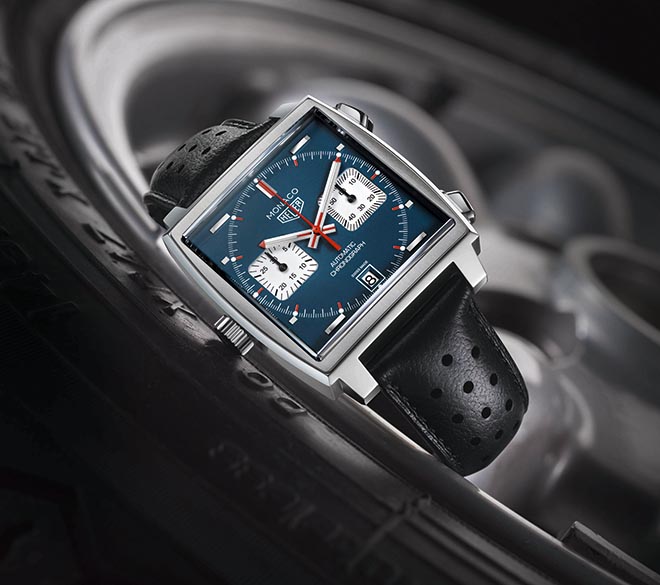 In honour of the fiftieth anniversary of the TAG Heuer Monaco, the Swiss watchmaker is releasing a book that captures the history and spirit of the unlikely icon. Paradoxical Superstar documents the lifetime of the Monaco with archive excerpts, never-before-seen pictures, and sketches of the designs and movements. Renowned British journalist Nicholas Foulkes wrote a chapter focusing on the Monaco’s history from 1969 to today. Writer and watch expert Gisbert Brunner authored a chapter about the technical innovation that has played an important role in the Monaco’s success. Famous American writer, editor and watch aficionado Michael Clerizo documents the Monaco’s relationship with Steve McQueen in the third chapter of the book. Underscoring the timepiece’s bond with its namesake city, H. S. H. Prince Albert II of Monaco wrote the book’s foreword.