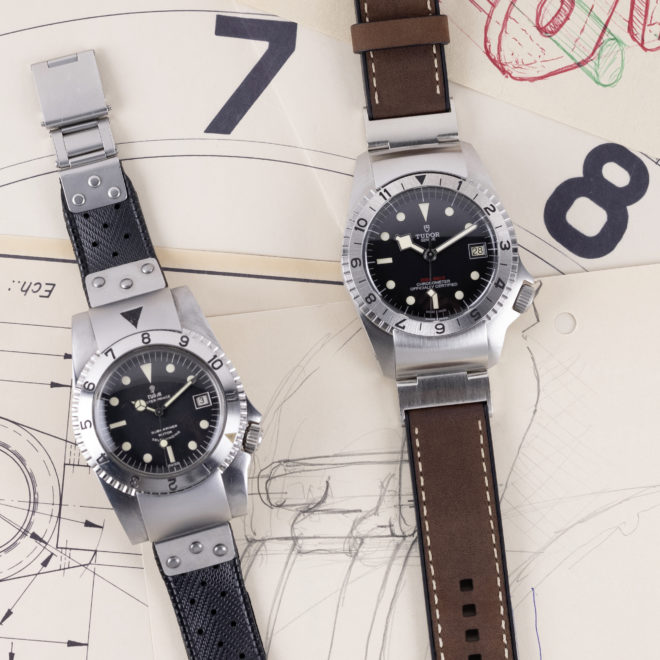 One of Tudor’s claims to fame is that it supplied diving watches to the US Navy for several decades, from the 1950s onwards. They were constantly innovating and developing new designs to craft ever better diving watches. Said diving watches had to be able to meet the stringent requirements and precise specifications desired by the US government.

One of the notable projects had the codename “Commando” and aimed to develop the perfect watch that fulfils all the fundamental criteria. This resulted in a plethora of bizarre creations that featured odd and downright wacky designs. In its archives, the “Commando” was depicted as a literal “Submariner on steroids” with massive lugs and a unique patented end-link system designed to lock the rotating bezel securely in place.

Unfortunately, this quirky “Commando” prototype never made it onto the wrists of the US divers; indeed it was never produced at all. Over the past 50 years, its existence had remained mysterious while its blueprints were buried deep in Tudor’s archives. 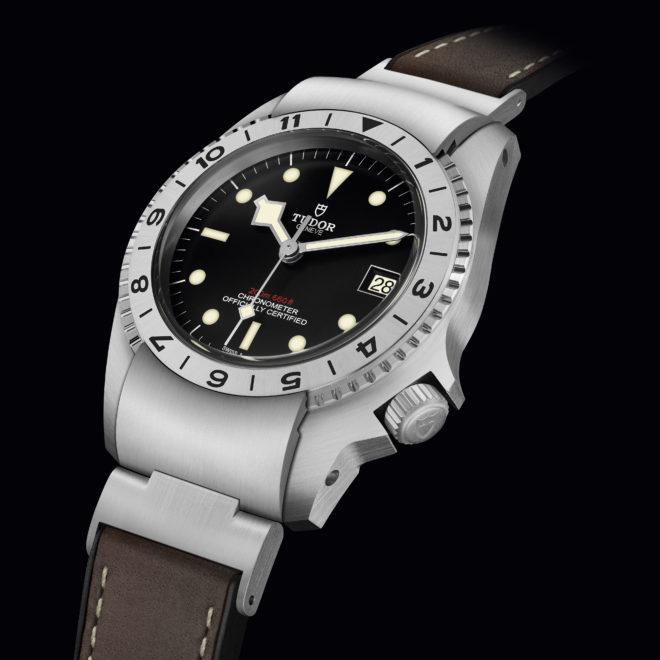 However, this year, Tudor shocked the world with the release of a modern interpretation/re-creation known as the Tudor Black Bay P01 (short for Prototype 1) which mimics the original remarkably faithfully. It looks almost identical both aesthetically and functionally, but infused with a modern twist (alongside the contemporary technology that produced it).

The Tudor Black Bay P01 measures 42mm across its satin-finished stainless steel case, which conforms to the 1967 designs. The first thing you’ll notice are the elongated lugs and the hinged end-links. This forms a “claw” mechanism designed to firmly lock the bi-rotational bezel, preventing any accidental adjustments. The Black Bay P01 is fitted with a domed sapphire crystal with curved edges that refract the light distinctively, forming trippy distortions on the dial. This gives the watch a vintage flair, heavily reminiscent of the domed acrylic crystal of the original prototype.

In line with the intended “vintage” aesthetics, the P01 features a matte black dial along with painted luminous hour markers, instead of applied markers (commonly seen on other watches in the Tudor line-up). The watch features the brand’s iconic “snowflake” hands, and makes use of a warm beige lume on its hands and markers. That last bit is intended to mimic the aged patina of vintage tritium markers. The red “200m:600ft” dial text shows off the watch’s diving chops while adding a delightful splash of colour to the dial. (Perhaps paying tribute to the same detail on Subs/Sea-Dwellers of Rolex)

Housed inside the P01 is Tudor’s in-house manufacture calibre MT5612. The calibre is a chronometer certified (COSC) self-winding movement featuring an antimagnetic silicon hairspring and three days of power reserve. The watch is fitted on a subtle leather and rubber hybrid strap integrating the durability and comfort of rubber along with the aesthetics of natural calf leather.

The Black Bay P01 is perhaps an unusual watch, unlike anything we have ever seen (as noted in #53). Bear in mind the fact that this prototype was originally designed for military use, which means functionality comes before beauty. Love it or loathe it, it is all up to you.