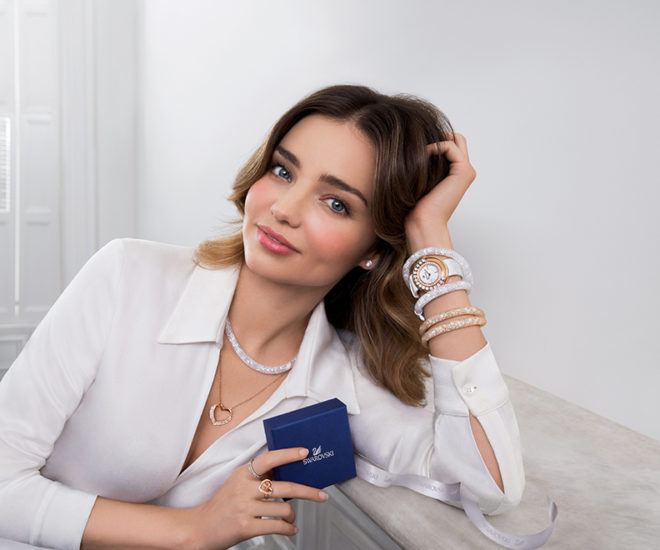 Miranda Kerr has returned once again as the face of Swarovski, whose new Spring-Summer 2015 campaign was shot by Dutch photographer duo Inez Van Lamsweerde and Vinoodh Matadin.

Shot by Inez & Vinoodh, the new campaign places the Australian supermodel in a series of different everyday situations, all while highlighting jewelry from the new Swarovski collection. The campaign film is soundtracked by man-of-the-moment Pharrell Williams.

“Miranda Kerr is the perfect muse for this campaign. She exemplifies versatility, both in her way of life and in her style. A style icon, she always looks great, be it during casual and off-duty moments or on the catwalk,” said Swarovski creative director Nathalie Colin.

The campaign will debut ahead of Valentine’s Day, starting on February 4 in men’s and women’s magazines and from February 4 to 13 on TV.