Fashion photographer Terry Richardson not only shot the new Valentino ad campaign – his heavily tattooed arm also stars in it. 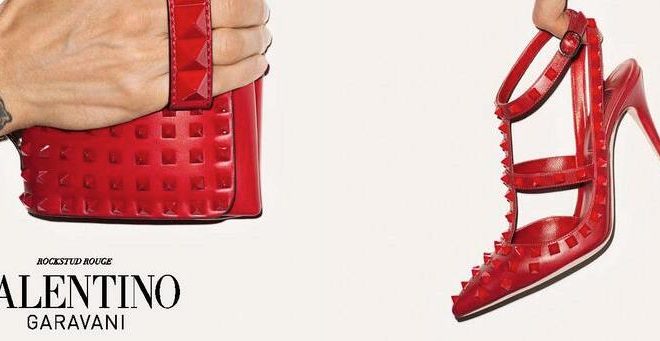 Shot in Rome at Studio Backspace, the images show off the Rockstud Noir studded heels and handbags in ‘rouge’ and ‘noir’ held in Richardson’s tattooed clutches. Valentino offered a peek at an image on its Twitter page.

Creative directors Pierpaolo Piccioli and Maria Grazia Chiuri have never before collaborated with Richardson but according to Chiuri, the photographer managed to perfectly capture “the sensual yet elegant nature of our accessories, described as objects of desire.”