Shisha Lounges Onboard Emirates A380 Fleet

Dubai-based airline Emirates has revealed plans to trial a new shisha lounge on its fleet of Airbus A380 aircraft. 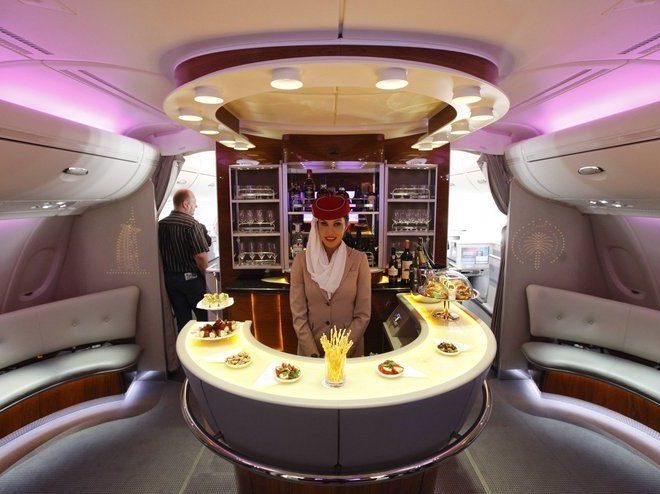 A story published Wednesday, May 15, about Emirates airline launching an onboard shisha lounge was incorrect and based on erroneous information. Emirates has no plans to do so. Luxuo regrets the error.

Premium passengers traveling on Dubai-based airline Emirates will be exempt from the no-smoking policy starting next month, when the carrier debuts a shisha lounge on select jumbo jets.

The new service is set to debut on the carrier’s fleet of Airbus A380 aircraft and will be offered to Emirates’ business and first-class passengers.

Passengers can pre-order a shisha — also known as a waterpipe, hubble-bubble, hookah or narghile — from the onboard menu and retire to the lounge for a post-meal smoke beginning in June.

Waterpipes could loosely be described as the Middle Eastern version of the post-dinner cigar, passing flavored tobacco through bubbled water which is then smoked through a pipe and hose.

Emirates says it’s introducing the Signature Shisha Lounge to enrich the flying experience for Middle Eastern passengers, but also to introduce the Arabian custom to foreigners.