Tom Ford is launching a collection of men’s luxury skincare and grooming products, ranging from cleansers to concealers, available this fall. 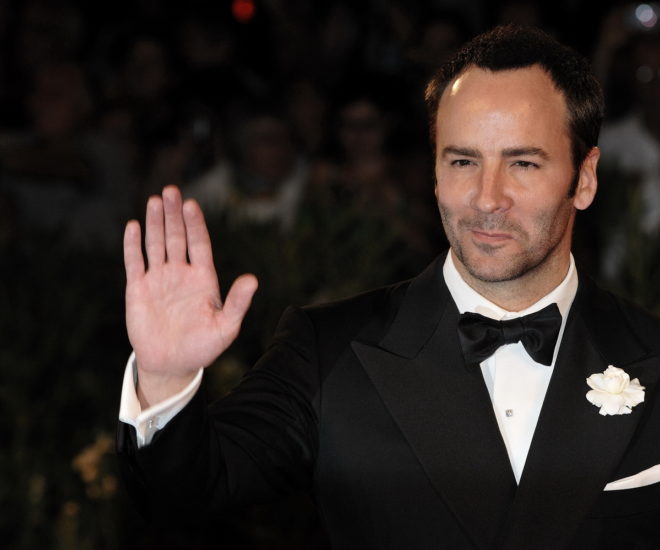 “I believe that taking care of one’s self adds quality to life, and that looking the best you can is a show of respect to those around you,” explains the designer in the video.

Set for release on November 1, the line is composed of six multi-functional products designed to purify, calm and revitalize skin.

Interestingly, the designer has also unveiled two men’s makeup products — a bronzer ($48) and a concealer ($40) which comes in three shades to match different skin tones.

Could Tom Ford be the man to make men’s touch-up go mainstream? It’s certainly an effective way to help cover up tired skin and blemishes.

Designed for the man on the go, the line has been been tailored to Ford’s own needs: “Tom Ford For Men is based on my own personal grooming regiment.

It’s born from my deep conviction that fine grooming doesn’t have to be complicated to be effective. It should be simple, straightforward and intuitive,” added the designer.