The Power Suit is The Alpha-female Look For Asian Women

By the 1980s, the suit as a women’s power uniform was in full swing, fronted today by German Chancellor Angela Merkel and former US Secretary of State Hillary Clinton but it was still very much an Anglo-Saxon sartorial trend but it’s making its way to Asia. 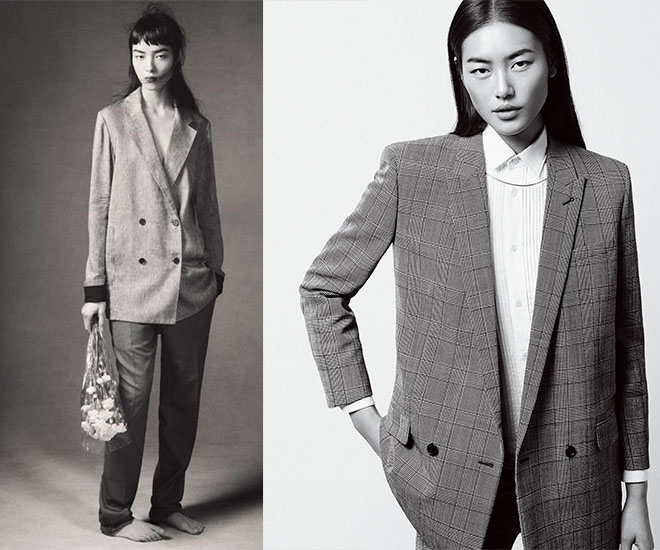 Acting as a power statement, the suit was largely recognised as a distinctly masculine ensemble. But in 1920, Coco Chanel pioneered a movement towards a less fitted look for women, at first pushing a vision of androgyny and then in a powerful, perceptibly counter-cultural move, she created the “Chanel suit” – an ensemble of fitted skirt topped with a wool, collarless button-up jacket, usually with braid trim, metallic buttons and fitted sleeves – it became a controversial power statement. 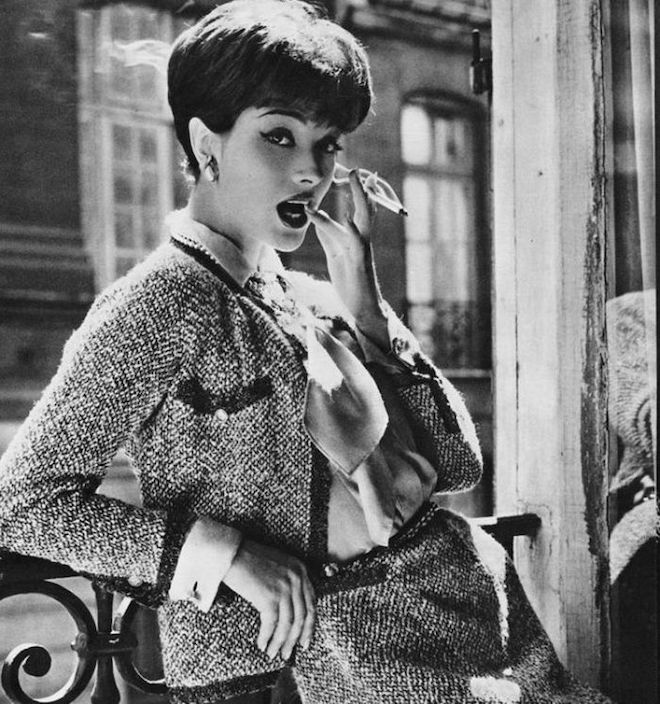 The moment it started to change.

Women’s suits eventually enjoyed a cultural momentum during the late 1960s to 1970s, coinciding with the feminist movement; women started to become more prominent in the workplace and the women’s suit evolved beyond a mere feminised interpretation of the men’s suit. Over time, fabric, cut, colour and ornamentation distinguished the women’s suit to express both femininity and authority – it was a power ensemble not meant to “blend” women with men but to allow them to stand out. By the 1980s, the suit as a women’s power uniform was in full swing, peaking with unofficial ambassadors like UK PM Thatcher and today, fronted by German Chancellor Angela Merkel and former US Secretary of State Hillary Clinton. Still, it was very much an Anglo-Saxon sartorial trend but it’s making its way to Asia. 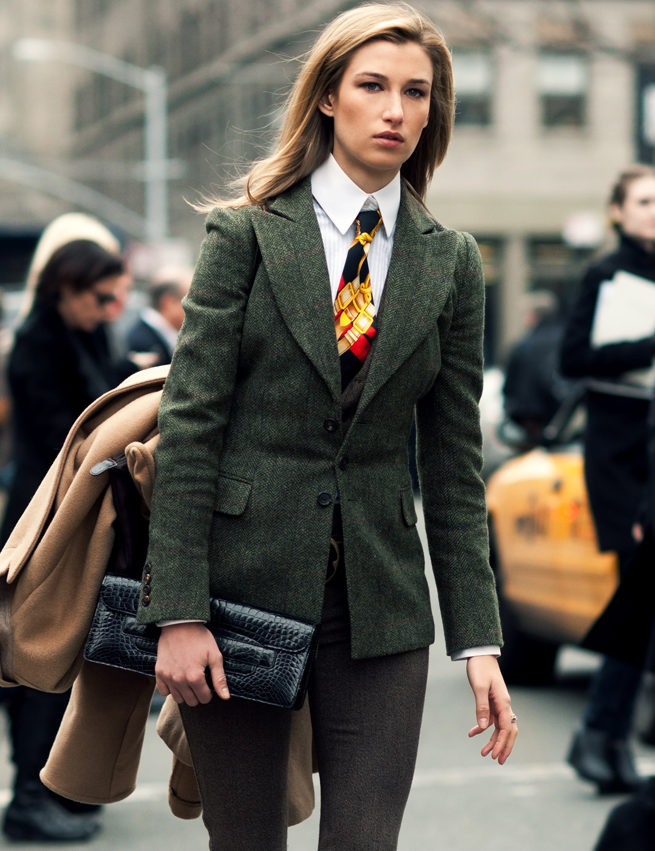 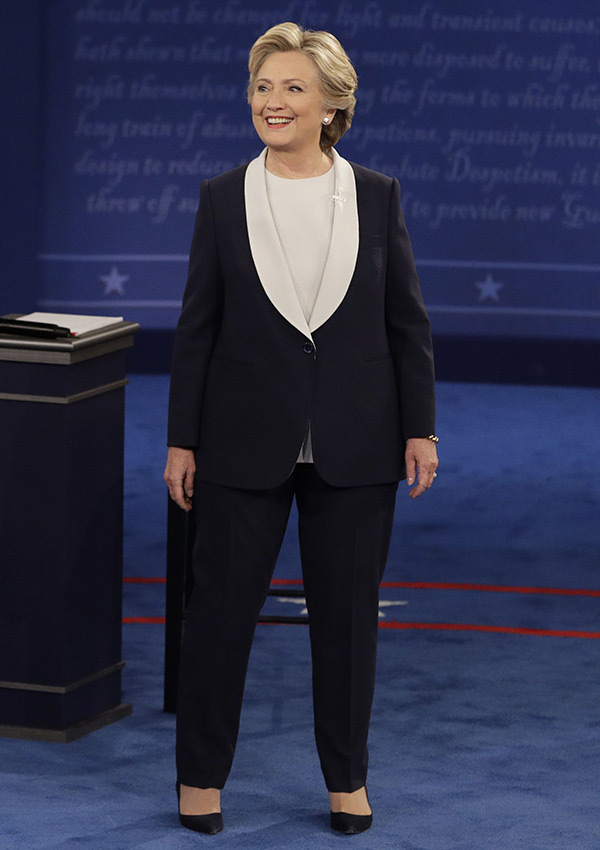 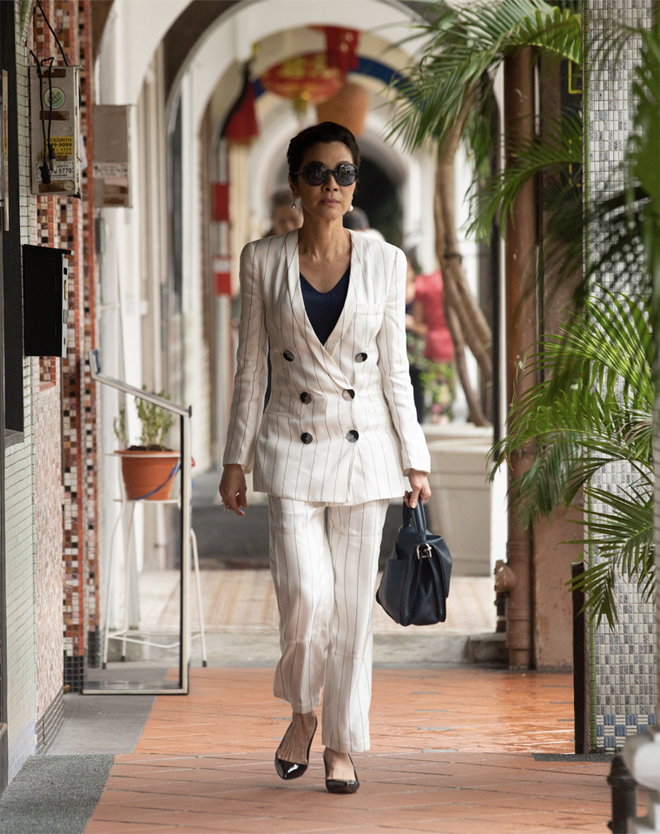 The Power Suit is The Alpha-female Look For Asian Women

What we love about 2019’s power suits is that it is sleek, simple and practical. Ultimately, a work of art that could be worn with a sense of empowerment. The modern women’s pantsuit bears a legacy of close to 100 years when women were just beginning to enter the workforce in greater numbers and taking on leadership positions in government.

Fast forward to 2019, power suits are no longer just for women holding national leadership positions and the corporate environment, it’s a movement that’s been increasingly a staple on the fashion runway and even on female Western celebrities. From Brie Larson to Taylor Swift, the power suits proves that it can be worn sharp or slouchy, bright checks or block colours. 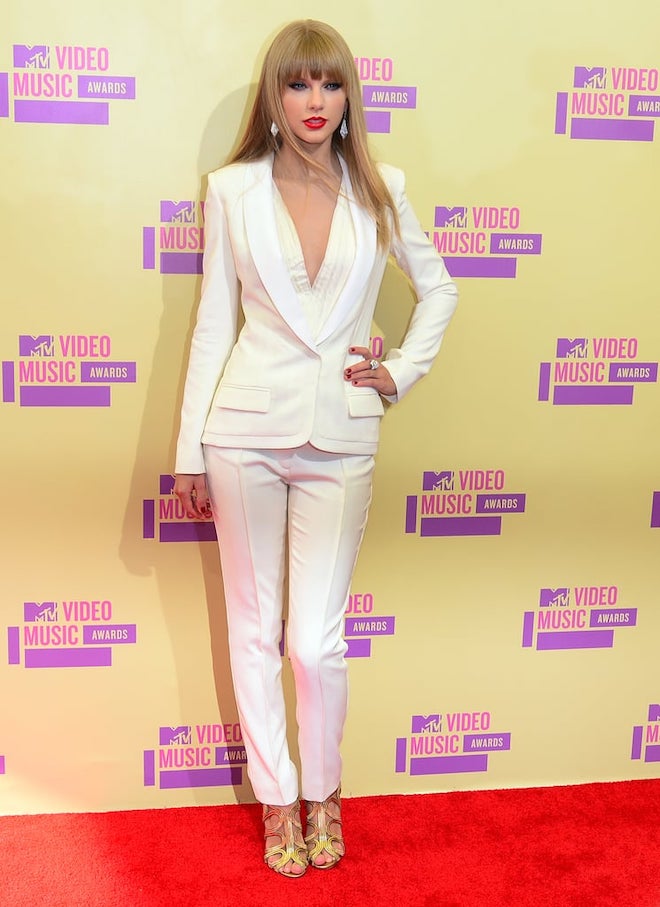 Increasingly, women celebrities are taking advantage of what the power suits got to offer and in essence, inspiring a broader market of women with their portrayals both on the red carpet and on silver screen. Jameela Jamil wore a green power suit while heavily touching on the points of body positivity in an interview and Lady Gaga wore a Marc Jacob power suit when she delivered a speech against sexual assault. This has proves that this fashion trend is more than just a power suit. Though the power suit is a norm in the Western world, the biggest fashion trend for the past few seasons has not been shying away from Asia, and in particular, China. 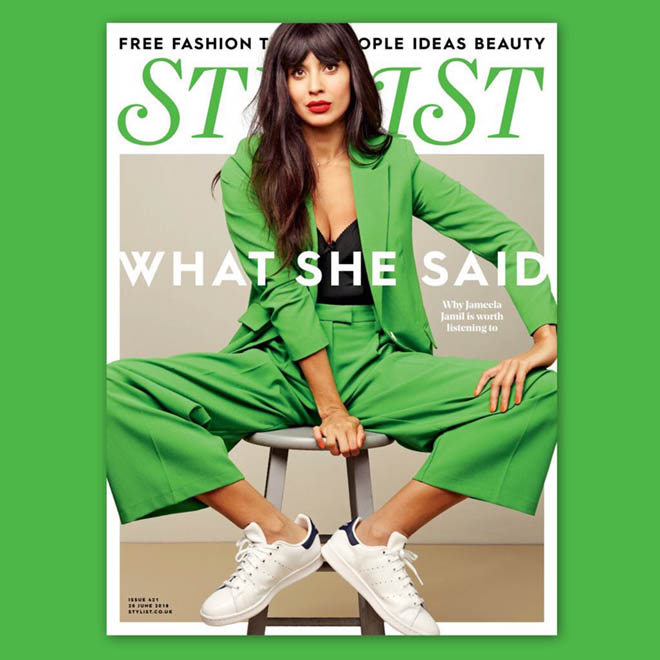 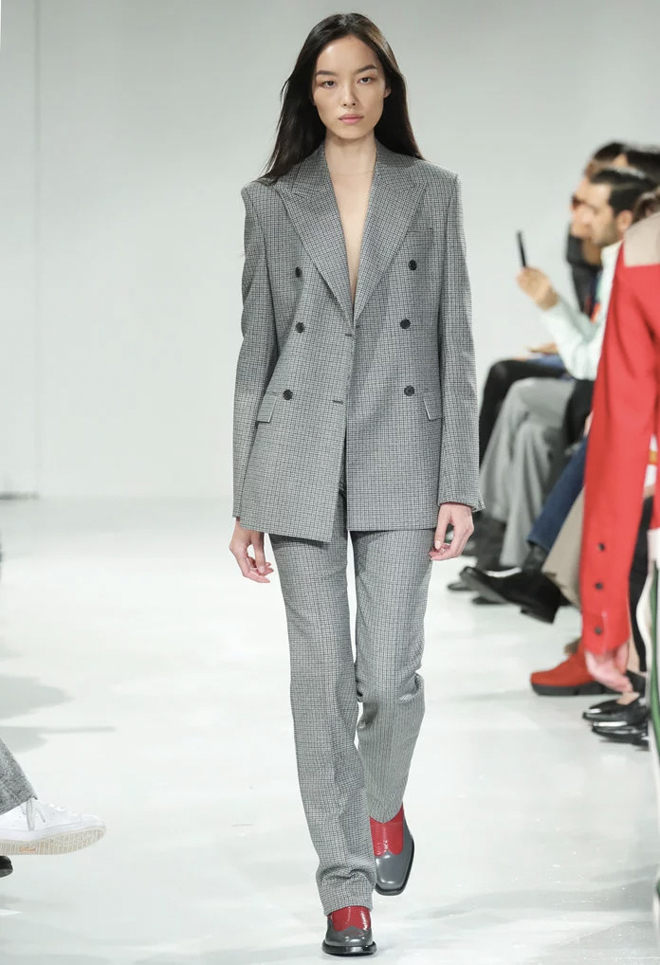 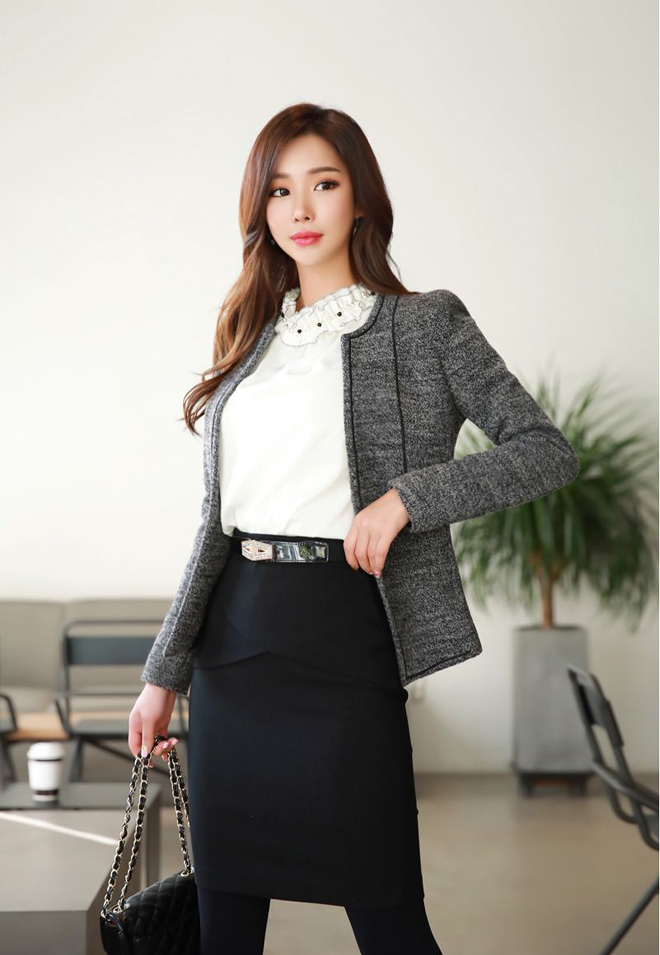 A masculine, rebellious look is what Chinese women have been chasing after. According to the “2019 China Fashion Data Report” by Alibaba, “suits” was female shoppers’ top-searched keyword on Taobao last year, with the sales volume of women’s suits surpassing that of men’s suits for the first time on January 27, 2019. Blazers have been increasing sales by 39 percent and on the contrary, The Alibaba reports expects that in ten years, the number of Chinese women owning suits will far surpass that of men. 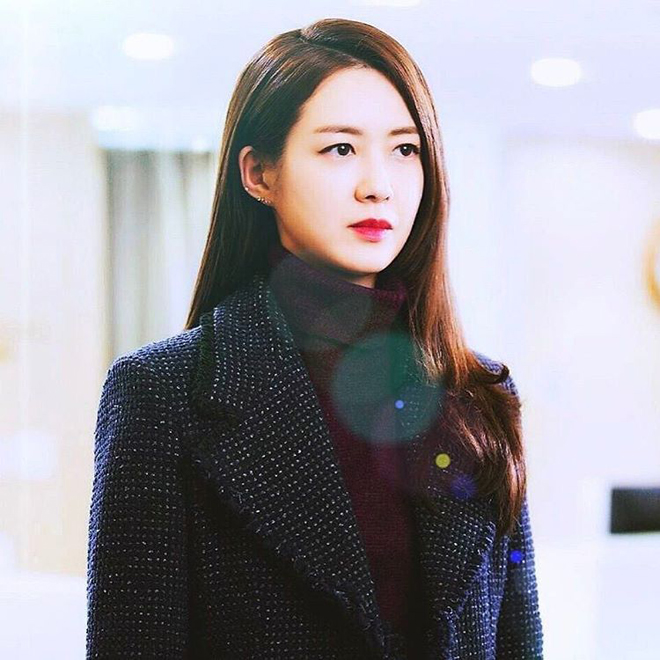 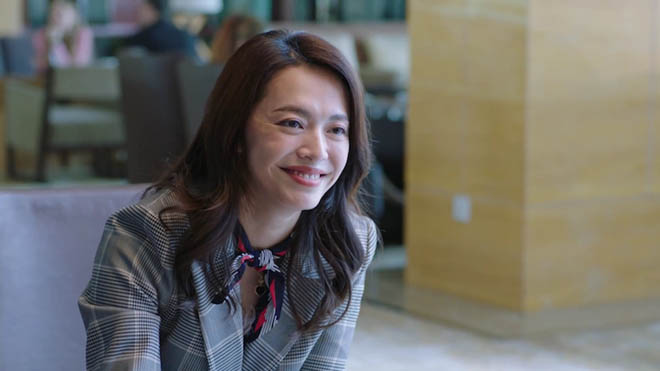 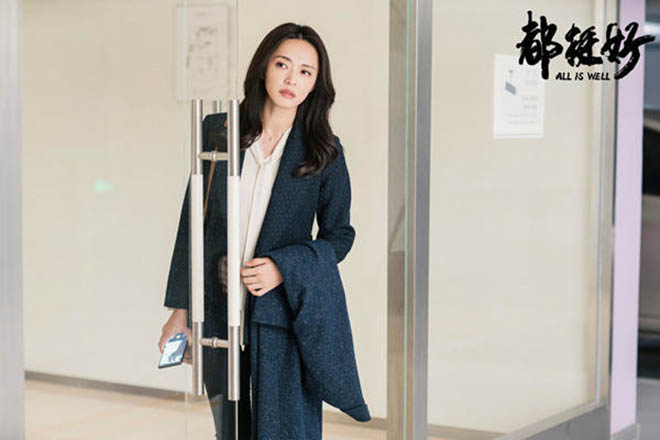 While not an entirely new phenomenon, it’s not just who have been celebrities have been influencing fashion trends but they are certainly among the most potent, “influencers” when it comes to shifting the cultural barometer leading some commentators to opine that the growing popularity of women’s suits in China may be part of actress Yao Chen’s influence. Spotted in a suit in almost every episode of the hit television drama “All Is Well”, the power suit was worn for a reason. However, in Korea, the “office lady power suit” look is almost de rigueur, imitating life and vice versa. 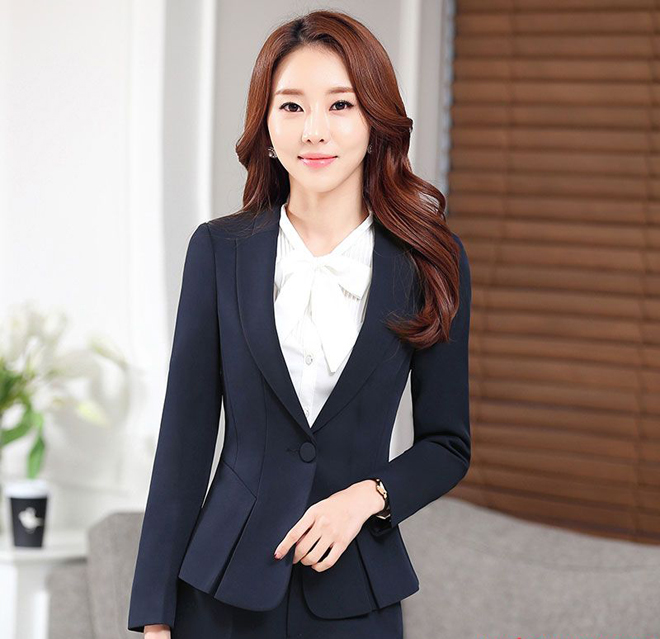 According to Jing Daily, the television series portrays the life of a typical Chinese middle-class family, which traditionally values sons over daughters, with women as “second-class” family members. Its plot has particularly struck a chord with Chinese women through the protagonist Su Mingyu (acted by Yao Chen), who confronts the gender bias in her own family with fierce independence. The power suit ties in nicely with the female lead as it becomes a way to express its rebellion against outdated gender stereotypes. This may hit close to home for Chinese women since the media often portray Chinese woman as the ‘vulnerable’ sex.