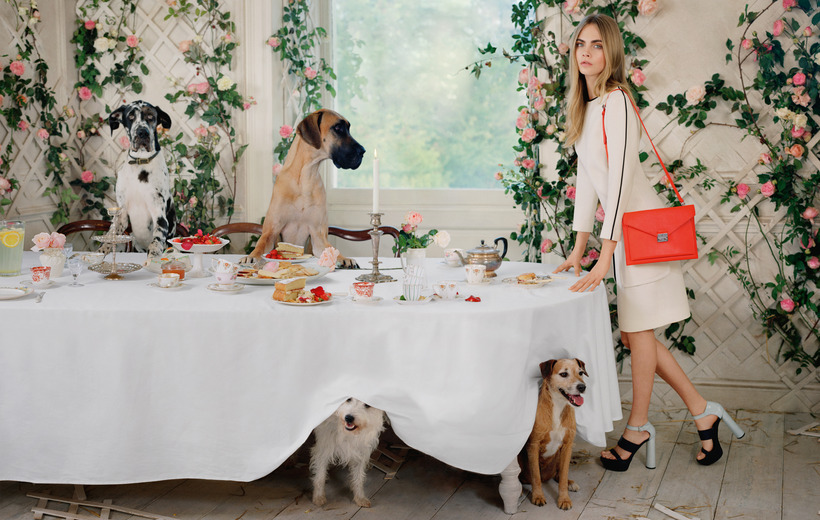 Cara Delevingne has landed another starring role, alongside a host of furry friends, for the new Mulberry Spring Summer 2014 campaign. The setting: a hidden gem from the eighteenth century, a great English country house, magnificent in its rolling parkland scattered with follies and vistas, a tad faded in its grandeur and home to an unlikely event: a charming English tea party, with a Mulberry twist… Picturesque spring roses surround beautiful English rose Cara Delevingne and some unexpected guests including a Parson’s Jack Russell, a Patterdale Terrier and a Great Dane, a pelican, two cockatoos called Archie and Spud, a tortoise and Dusty the little (and very greedy) pony. Now on his 7th campaign for Mulberry, Tim Walker was behind the camera, with art direction by Ronnie Cooke Newhouse and styling by Edward Enninful.