The youthful second line from the Alexander McQueen fashion stable has revealed its darkly playful new campaign for Spring/Summer 2014. 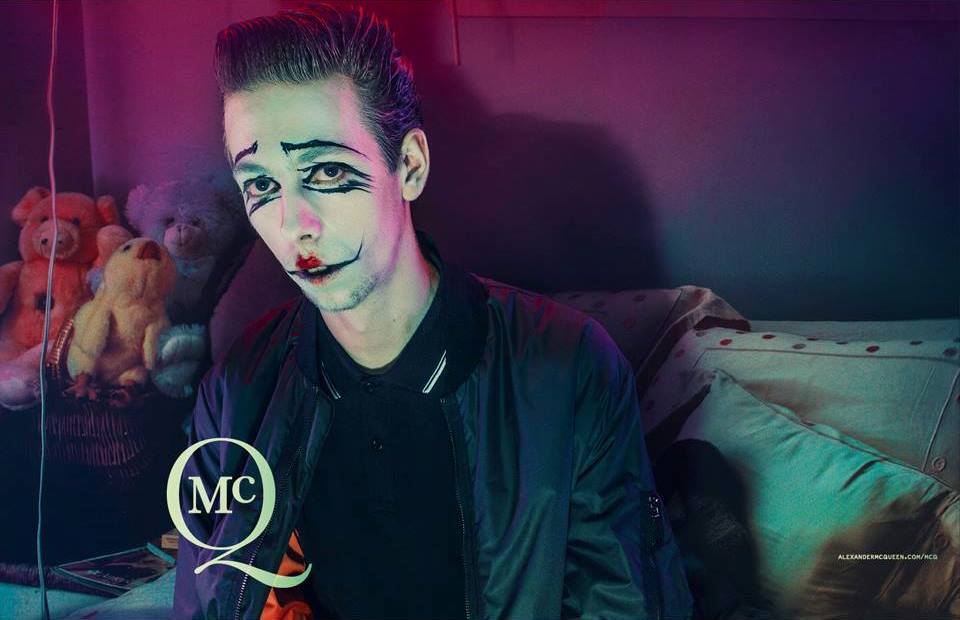 Perhaps the most arresting image in the new McQ campaign is that of Frank Le Bon wearing his Spring-Summer outfit with a twisted face-paint makeup look that sits somewhere between clown and kabuki. The young cast occupy a club-like space, with stuffed animals and CCTV cameras lurking in the background, perfectly matching the brand’s dark and rebellious aesthetic.